How a Chance Encounter with Primal Advice Changed My Life

I’ll start this story at around where I started remembering things in my life as clear as day. I was four years old playing in my first basketball game at the local gym in suburban Dallas, Texas. My mom was a soccer player in high school and my dad was a cyclist, so they always encouraged and pushed me to challenge myself in physical endeavors. I enjoyed the sport and would go on to play soccer in elementary school and track and field in high school.

Being young and full of energy kept me physically occupied throughout grade school. I graduated in June of 2011 and went up north to college for one semester before returning back to Texas in December of 2011. I went back to my local YMCA and continued to do the same repetitive isolation workouts I was doing in the campus gym. During my workout one day, a friendly young man asked if I needed a spot and we chatted for a couple of minutes. I didn’t recognize the guy until it finally hit me. He used to be on my basketball team many years ago! Back then he was the heaviest guy on the team and was always the last one off of the bench. At the time of the conversation, he was in the best physical shape of all 30+ people in the gym.

It was at that point when I demanded to know his “secret” to weight loss and muscle gain. While I was expecting an hour long lecture, his answer could not have been simpler.

“I read a book. It’s called The Primal Blueprint, by Mark Sisson.”

“That’s it?” I remember asking, dumbfounded.

“Oh, and check out his blog, too. It’s called Mark’s Daily Apple.”

The saddest part of this story isn’t how I let myself go after high school or how I followed the conventional wisdom my doctors and family would tell me, which recommended eating lots of carbohydrates (believe me, it’s unbelievably easy being of Middle-Eastern decent) and little to no fat. The saddest part is how long it took me to take action. This information was passed on to me in December of 2011. For about the next six months I did more of the same. He imparted upon me the basic rules of primal living, but I was living more conventional than ever. As an 18-year-old, my diet consisted of alcohols of all kinds (heavy beer and whiskey to be exact), fast food, and delicious pastries.

The turning point came the following summer when I went to Frankfurt, Germany to visit my uncle who I hadn’t seen in nearly five years. After picking me up from the airport, we went to the bakery right by his house. I was in heaven. 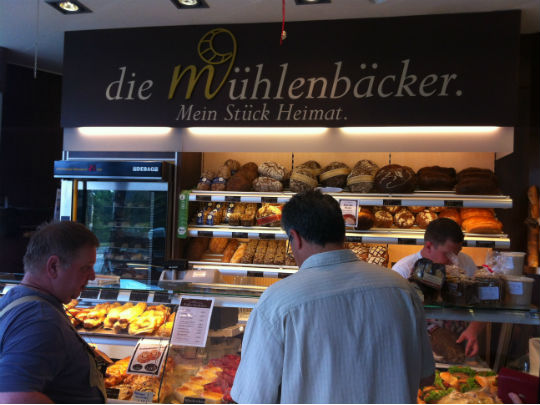 Never before had I seen such a delicious array of “heart-healthy grains” in my life! We would spend our time throwing back countless pastries while enjoying the view of the German countryside. 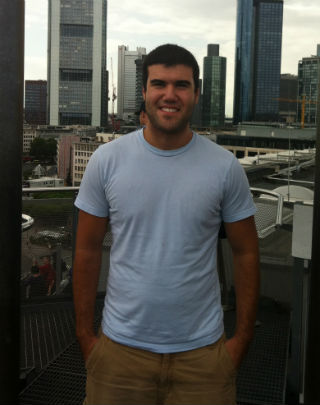 This was taken on July 9, 2012. This is the last picture I took before I left to the airport and today stands as the most important picture I took in my life. This was the heaviest, sickest, and most inflated I had ever been. I weighed around 210 pounds in this picture and my eyes could barely stay open.

Upon returning stateside I made the best decision of my life. I read The Primal Blueprint and dove head first into the Primal lifestyle. I then started reading Mark’s Daily Apple and other great books such as Fast Food Nation and Pandora’s Lunchbox. I learned how easy it is to be like everyone else. I learned the difference between a macronutrient and a micronutrient. I learned about this mysterious thing called “gluten” and how it affects the human body. Most importantly, I learned what real food is and what it tastes like. I learned that the natural state of man is to be content, and constantly in motion. In that motion and never-ending quest is where we find our purpose. 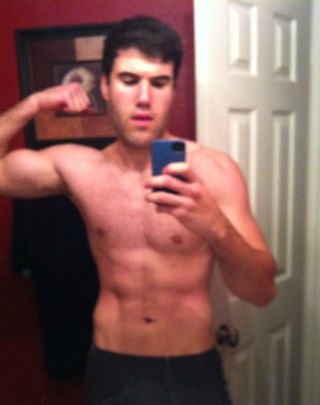 This is on February 25, 2013. I am around 160 pounds now. The weight just dropped right off! And the crazy thing is, I was discovering a whole new world that had been right in front of me but I had never dared to venture into. There are train tracks that go for miles right behind my house on which I would journey for a long time at a slow pace. There was a soccer field on which I would sprint once per week. I changed the monotonous bicep curls into dynamic presses and lifts. The most enjoyable exercise I discovered, and the one I practice to this day, is Brazilian Jiu-Jitsu. I also read now more than ever. I do not just read about health or anthropology, but about everything from science to technology, since Mark’s book reminded me about just how much knowledge there is out there to grasp—we just have to reach for it.

This is me today. All I want to say is how much I appreciate Mark telling his story because it has inspired me and thousands of others to change their lives for the better. I am forever indebted to Mark’s guidance, and all I ask in return is for him to keep groking on and spreading the message. 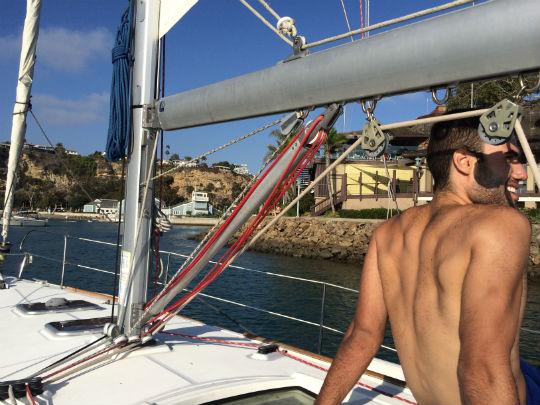