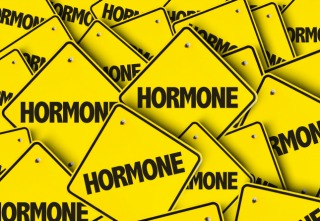 For today’s edition of Dear Mark, I’m answering questions from last week’s hormone normalization post. First I discuss a lack of purpose in the mornings affecting sleep and what to do about it. Next, I explore the prospect of sun and fasting as hormone modulators. After that, I explain the meaning of max aerobic heart rate and correct a mistake I made. And finally, I suggest to one reader that she may need to eat more calories to normalize her sleep and thus her hormones.

Loved the article ! I have tried all this but it has become almost impossible for me to sleep on time. Not that i don’t sleep enough but the timings are way too off. Maybe because i don’t have anything in the morning to look forward to. Can anyone please help ?

I’m not entirely clear on the meaning of “timings are way too off,” but I’m going to give it a shot. I hope it helps.

You say you don’t have anything to look forward to in the mornings. This is a common problem. It’s also a very serious problem that you need to address ASAP.

In a very literal sense, the morning is the beginning of the rest of your life. Each morning, you wake up from a black void. You’re dreaming, and your brain is active, but you’re not conscious in the sense we normally think about consciousness. “You” don’t really exist when you sleep. For all intents and purposes, you wake up each morning an entirely different person.

To start your life each day without purpose or meaning or even a vague idea of what to do will never produce positive results.

Your disordered sleep is a product of this. Search within and find meaning. It doesn’t have to be grandiose. Maybe you join a CrossFit box for morning workouts or sign up for a yoga class or a martial arts class in the mornings. Maybe you sit down right now and plan your mornings.

What are you going to make for breakfast?

Is the coffee maker clean and ready to go?

What will you wear?

When will you brush your teeth?

Get all that planned out and ready to go.

A purpose in life can be mundane. If you’re just stumbling toward a purpose, the mundane is actually the best choice because you have to do mundane things no matter what.

Aklay offered up a couple other ways to normalize hormones:

Sunbathing is a good one. It increases vitamin D synthesis, which is required to produce steroid hormones. It’s relaxing, which can reduce stress. Yeah, sunbathing will help.

Fasting is a trickier question. I certainly considered it, but found the effect too variable for general use. Reason being, fasting is a stressor. If you’re in good shape, fasting can be a hormetic stressor—a stressor that you recover from stronger than before. A stressor that forces you to improve yourself and your health.

If you’re in a bad place, fasting can simply be a major stressor—one that makes you worse, not better. One that you can’t recover from. One that weakens your constitution rather than strengthens it.

I always suggest that people add intermittent fasting to an already-solid base of health, training, and stress regulation. IF can help you burn more fat, slip into ketosis, control your appetite. All this serves to reduce oxidative stress and the overall inflammatory load.

If the wrong person starts fasting, they get worse. It becomes a major impediment to hormone normalization. For example, I would never suggest that a pregnant woman or a woman trying to conceive embark on an intermittent fasting regimen. It’s pretty clearly deleterious to fertility hormones. Women in general are more sensitive to the stress-related effects of intermittent fasting, so I’d be extra careful if I were a woman.

If I had to boil this down, fasting can solidify your control over your hormones if you already have control. It will make your normal hormones even “normaler.”

I don’t understand the comment about ‘lowering his assumed aerobic base heart rate’. The way you say it sounds like he just decided one day to concentrate really hard and things changed. What are you actually talking about here? If the exercise didn’t change, what did and how?

Thanks for the question. I actually misspoke. When Brad’s T was low, he was treating 145 as his max aerobic heart rate—the fastest his heart could beat and still remain in an aerobic, or fat-burning, state. So during runs or any endurance training, he’d keep track of his heart rate, slowing down only when it exceeded 145 under the assumption that he was in the maximal fat-burning state. This was a big mistake.

His actual max aerobic heart rate was 130, a full 15 points lower. Instad of spending his training time in the fat burning zone, he was spending all his time as a sugar burner. Yet, he was living and eating as if he was a fat-burner. Don’t get me wrong. Brad was still burning fat. It’s not a binary on-off switch from fat to sugar burning. But he was burning significantly more sugar than he assumed, and it was wrecking his hormone levels.

The exercise “changed” in that it got easier. He went easier. Same movements, same runs, different intensity.

I like the sleep more part, seriously I do. But having the menopause knocking at my door it isn’t easy. I want to, but I can’t convince my body to do the same. Some nights I sleep easily up till 12 hours, but there are nights I barely sleep at all. I have a cold and dark room, since I easily get it too warm, I have magnesium before bedtime, I got dim lights in the evening, barely more than candle light, eat clean (Really Mark, your low carb diagram made me even lose weight, where most would gain, awesome!) . Any suggestions are more than welcome!

Are you eating enough calories?

Eating the fewest calories you can while obtaining the most nutrients and avoiding the negative side effects of calorie restriction, like lack of sex drive, loss of muscle or bone density, and low energy levels, is the way forward, as far as I’m concerned. Sleep disturbance is a lesser known but perhaps more dangerous side effect of too low a calorie intake.

I’m not saying pig out. Just try eating a bit more. An extra serving of butternut squash with dinner, another egg at breakfast, that sort of thing. Slowly and gradually titrate up your calorie intake until it produces a change in your sleep quality. If it doesn’t help, at least you’ve eliminated a factor from contention and you can move forward in your quest.

Thanks for reading, everyone. Take care and be sure to chime in with your input down below!