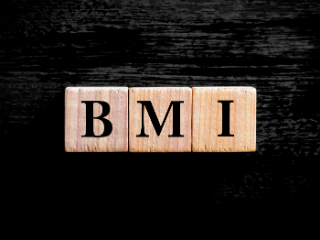 For today’s edition of Dear Mark, I’m answering a couple questions from you guys. First, there’s a new paper out claiming that the ideal BMI for overall mortality is an overweight one—27, to be exact. Is this really the case? Should we all pack on a few extra pounds to see us through into old age? Next, should you try to make up for all the “lost” calories when you eat in a compressed eating window? If you skip breakfast, should you try to eat more at lunch? And finally, how does one incorporate high intensity interval training on a low-carb diet that includes fasting?

What do you make of this new study showing that the ideal BMI for mortality is 27, which is overweight? It seems like you hear this a lot, that the slimmer you are, the more you’re actually likely to die young.

Here’s an article about the study: https://www.telegraph.co.uk/science/2016/05/overweight-people-less-likely-to-die-early-than-the-slim-study-s/

I don’t think much of it, to be honest.

It was a pretty broad study, the kind that’s been done before. They plotted BMI against mortality in a large cohort of Danes from 1976 to 2013, tracking how the “ideal” (lowest association with mortality) BMI had changed over the years. By 2013, the BMI associated with the lowest mortality had increased by 3.3 points to 27. That’s overweight.

Before you do that, let’s also look at another recent study on bodyweight and mortality. This one was a meta-analysis of 230 existing studies comprising 30.3 million people and 3.4 million deaths.

The researchers added an interesting and highly relevant wrinkle to their analysis: instead of pooling everyone together, they separated never-smokers and never-smokers without health problems. They also analyzed the effect of BMI on mortality risk in studies with long-term followups. Why do these differences matter?

Smokers tend to be leaner than non-smokers. They also tend to die earlier than non-smokers. Separating the never-smokers from the rest removes those people who are skinny because they smoke. Simply pooling everyone together and analyzing the effect of BMI wouldn’t distinguish between those who were skinny because of or carrying extra weight as a buffer against smoking-related disease.

Focusing on studies with longer followups gives researchers more data to work with. If you only check back in on your people for five years, you’re going to miss a lot of deaths. It’s not like people stop dying when the study ends. If you follow a cohort for 20 years, you’ll see more deaths—more data points—and get a more accurate picture of the relationship between BMI and mortality.

So, what’d they find?

Among people who’d never smoked, the ideal BMI was 23-24.

Among people who’d never smoked and had no health problems, the ideal BMI was even lower at 22-23.

And when you looked at studies of never-smokers with long followups (20+ years), the ideal BMI was even lower at 20-22.

That’s the polar opposite. Overweight isn’t healthier. If you still aren’t convinced, check out some of my other posts covering similar studies:

Is Weight Loss Impossible and Unhealthy?

Love Primal! My question to you is this; When I am skipping breakfast in the morning am I trying to get all of my calories in that 7 hour window from 12 – 7 or am I supposed to cut out the calories from my breakfast that I skipped?

Part of the reason why intermittent fasting/restricted feeding windows works so well is that it leads to inadvertent calorie reduction. When you don’t eat an entire meal, it’s hard to make up for it.

Eat when hungry. Stop when full. Most studies find that breakfast skippers are hungrier at lunch than breakfast eaters, but they don’t actually eat enough to make up for the calories they missed at breakfast. This is good. This is why skipping the occasional meal tends to improve weight loss. It makes eating less easier.

Unless you’re trying to gain weight, you don’t need to force more calories down. It’s not like you’re running on empty just because you didn’t eat breakfast. You’re still burning energy, burning “calories.” And once you get fat-adapted, a process which fasting tends to accelerate, you tend to get that energy from your body fat. You aren’t missing any calories. You’re just getting them elsewhere.

I am a 52 year old menopausal woman. About 3 years ago, I lost 25 pounds with intermittent fasting and have kept it off. At 5’3″ tall, I currently weigh 125 pounds. Despite this, I have been diagnosed with insulin resistance and at the urging of my doctor, I began eating a very low carb diet about a year ago. Most days, my carb intake is easily under 40g with most of that coming from veggies and the occasional glass of red wine. I don’t eat sugar or grains and limit any artificial sweeteners.

So I recently heard about how great HIIT is for improving insulin sensitivity and I would like to incorporate it into my exercise routine (which now consists mostly of walking and some body weight exercises). I’ve done one session on my stationary bike that consisted of 20 seconds intense peddling and 2 minutes rest x 3. At the end of this, my legs were so shaky, I could hardly stand. This was after an overnight fast of about 16 hours. In your opinion, should I be eating before a session? Since I eat so few carbs, I don’t want to “carb up” before…is there any need to? Or is it completely normal to be that totally spent, given that I am just starting?

Also, after the session, my blood glucose level took a pretty big jump…probably about 30 points. Just trying to understand the physiology behind this.

Thank you for your time!

Congrats on your weight loss!

Did you ever read the post about “sleeping low“? It went up a couple months back and I’d recommend it.

In short, doing a big HIIT session after a long fast on low-carb is really tough. Your glycogen stores will be depleted (from lack of carbs in the diet and from not eating for the past 16 hours), so you won’t have a lot. That’s why your legs were shaky.

A better option is to eat a small dose of carbs before the HIIT workout. Remember that green veggies don’t really contribute to your carb intake. They provide fiber, micronutrients, phytonutrients, but very little usable glucose. You’re not gonna refill glycogen with broccoli and Swiss Chard, so instead eat a potato (maybe cooked and cooled for increased resistant starch), a banana, some mango, or maybe a bowl of berries. Something starchy and Primal to the tune of 30-40 grams of carbs.

After your HIIT session, eat low-carb until your next one. You’ll have depleted most of your glycogen during the workout, so you’ll be primed to burn fat. As long as you’re truly just walking and doing some body weight stuff, you can probably get by with just that small bolus of starchy carbs once a day or whenever you do something intense.

As for the blood glucose spike, that’s normal since sprinting is a particularly glucose-intensive activity. It burns right through muscle glycogen. Sensing this, the liver releases glucose to provide additional fuel for the body; in healthy people, type 2 diabetics, and type 1 diabetics alike, blood glucose spikes after most any exercise, but especially after sprinting. Long term, sprinting will improve glucose control.

That’s it for today, folks. Any follow up questions of your own? Let me hear them in the comments below.