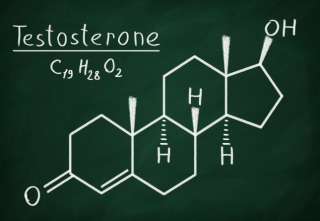 For today’s edition of Dear Mark, I’m answering three questions from readers. First, I respond to a reader wondering which direction the arrow of casuality points in the married Swahili man/testosterone level study I discussed last week. Are high testosterone levels in polygamous Swahili men a cause or consequence of having more than one wife? Second, what’s the deal with testosterone in women? Do they need it as much as men do? And last but not least, what’s the best gluten-free, Primal-friendly flour to use for making a roux?

What if the multiple wives was a consequence not a cause of the high testosterone?

Good point. It’s totally possible. That’s always the rub on observational studies: The causation is difficult, if not impossible, to uncover.

Let’s speculate a bit. As always, I pride myself on informed speculation. I’m not just throwing random nonsense out there to see what sticks.

Men with higher T levels tend to choose riskier—and more lucrative—careers. If that holds true in Kenya, and the Swahili men with high T were able to procure more resources, they’d have a better chance at getting extra wives. Swahili marriage traditions require the groom and his family make several payments or donations to the bride’s. First, the groom makes many small payments and gives a steady stream of gifts to the bride and her family throughout the courting period. Then there’s mahari, or “bride wealth”—a payment from groom’s family to the bride’s. There’s also kitu—a much larger payment from the groom to the bride’s father.

Testosterone increases dominance and assertiveness. In a culture with extremely traditional gender roles, men without classically masculine dominance traits likely won’t have the advantage. Doubly so if there are multiple wives.

Interesting that the studies on testosterone are conducted on men, if I understand correctly, it’s an important hormone for women as well. My doc said my testosterone levels were way to low and said an increase would result in – yes, more ‘drive’ – not just sex drive, but motivation, enthursiasm. So, if I change the gender of that sentence, for fun: “Above all else, women with a healthy testosterone level enjoy increased self-confidence and drive. This can manifest as “aggression” in the sense that they stand up for themselves and pursue their goals. In other words, it’s workable and even productive.” Better a woman who is happy pursuing her goals than an irritable one, I’d say. Lol.

Definitely agree on all accounts. Testosterone acts mostly the same in women, except women are far more sensitive to it than men and thus require far less raw material to get the desired effects.

All in all, it’s incredibly vital for women’s health in the right amounts.

Anyone know which of these will make the best roux?

A traditional roux—flour cooked in fat until browned, then added to a sauce for thickening— is difficult to reproduce with Primal flours.

Masa harina, the lime-treated corn flour used to make tortillas, is gluten-free, does brown in the presence of fat and heat, and makes a pretty good roux. However, it lends a distinctive sweet corniness to the finished dish. Be aware and adjust accordingly. It may not mesh with your dish.

A potato starch slurry is really my go-to way to thicken sauce. It doesn’t provide the distinct flavor of a roux, as the flour isn’t browned in fat, but it provides excellent texture and thickening power.

Understand that potato starch slurries are entirely flavorless. If you add it right at the end without doing anything else, the slurry can dull the sauce. Whatever you do, taste your sauce after incorporating the slurry. You may need a touch more salt or a splash of lemon juice to regain the flavor.

That’s it for this week, folks. Happy Memorial Day to all who are honoring the occasion. Thanks for reading, and be sure to chime in with your input down below.

What’s your take on the testosterone/spousal count issue—cause or effect? Did you know testosterone matters for women, too, and what would you like to add to the discussion? Finally, how do you do your Primal roux?