Happy, Healthy, and Feeling Better Than Ever

I remember being as young as six and my mother taking me to the doctor’s, complaining how underweight and pale I was. I’d end up going to the lab for tests and then back to the doctor, to have him tell my mother my iron was low. This went on my entire childhood. I clearly remember to this day, the awful tasting liquid iron supplement I had to take daily, the raw egg shakes I was forced to consume because the doctor said so, the time I wanted a beautiful blue jacket but my mom insisted I buy the green one instead, because I didn’t look as pale in it. I had terrible eczema and environmental allergies and my nose would bleed spontaneously. I was a wreck as a child, awkward, gangly and sickly.

As I entered my 20’s I suffered from heavy cramps and periods. I birthed two wonderful children and barely remember their early years as I was exhausted 24/7. During both pregnancies I was anemic. After kids, I started the birth control pill, thinking it would help lighten my period. The pill worked for a few months, but then the heavy periods kicked in again, so I tried an IUD but that didn’t help either. I also noticed after I had children I was lactose intolerant. I couldn’t drink a glass of milk without it going right through me. I wanted to exercise, but I was truly too exhausted and cranky.

Six years ago I started CrossFit. I loved it and before long, I was introduced to the Paleo Diet, and did a 30 Day Challenge. During that time I had lab work done, and my doctor tested me for celiac disease. The test was negative but because I hadn’t been consuming gluten on the 30 Day Challenge, those results weren’t sound. I felt great and when the challenge was done, I went back to eating gluten and grains.

In 2012, I was back to the doctor’s complaining of fatigue, shortness of breath and not recovering well from workouts. My lab tests came back showing low ferritin, even though I had been taking a daily supplement for years. I had ten painful iron injections while waiting to see the hematologist. My ferritin went up and would drop again, when I got my period. The hematologist explained I just don’t absorb iron well and put me on an expensive, highly absorbable, iron supplement. Again – no success.

In May 2013 I had a laprascopic hysterectomy which I thought would cure the anemia, because I’d no longer have my period. Six months later, I found I was exhausted again. 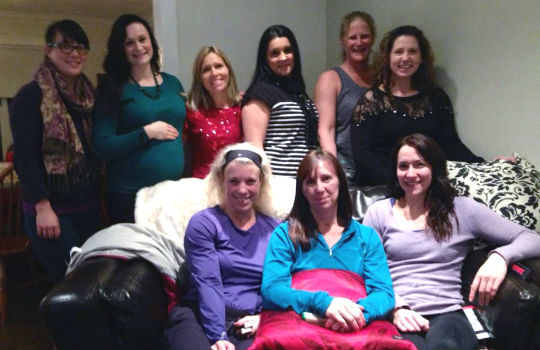 December 2013 – I am in the middle wearing black and white stripes (my girlfriend to my left, the tall one, is an avid fan of your site).

In February 2014, I was so tired, short of breath, and battled insomnia. Blood work showed I was even more anemic than I was before my surgery. I started iron supplements again and waited for an appointment with the hematologist. He explained, one more time, I just don’t absorb iron well and said I need to supplement for the rest of my life.

During the past few years I also put on about 15-20 pounds, doctor said I’m getting older and just need to simply cut my caloric intake. I did calorie count for a couple of weeks, however, that led to frustration. It was difficult and time consuming to track everything, and I was disappointed I kept going over my allotted caloric allowance every single day. I tried those diet pills with lots of caffeine. Whatever fad/pill was out there, I actually tried it or gave it serious consideration.

I was frustrated, depressed, tired and noticed it was taking days to recover from a workout. My feet swelled up if I ran, and working out in general was not something I enjoyed anymore. I needed help. 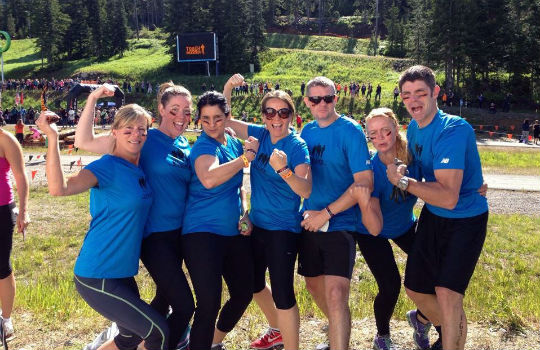 In September 2014, I brought my blood test results to a naturopath – someone who according to reviews was known for emphasis on food rather than medication. I’ll never forget my first visit. He looked at my lab results and said it was gluten. I can’t remember everything he told me in detail, but at that point I was desperate for help. He also thought I was pre-diabetic based on my terrible cravings and insomnia. We discussed a food plan, which turned out to be pretty much a Paleo diet.

I found Mark’s Daily Apple during the Paleo challenge and subscribed to the newsletter. It wasn’t until my visit with the naturopath, I decided to spend some time on the MDA site, which I found to be a wealth of information. I also read one of Mark’s books and purchased the recipe book which I still use.

I saw the naturopath monthly and it kept me accountable. I lost 25 pounds over the course of a few months, and gained my health back. After the transition period, gone were the IBS symptoms, headaches, bags under my eyes, cravings, fatigue, crankiness, constant hunger, insomnia, shortness of breath, swelling, etc. Friends were commenting on how wonderful my skin looked and how happy I was. 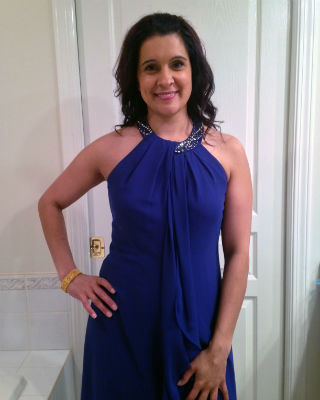 I went for a check in with the hematologist six months later. My ferritin was the best it had ever been, he commented on how he had to double check my file and see if I had in fact received iron infusions. I told him about my Paleo lifestyle and he actually raised his hands in the air and cheered!!! I was still supplementing with iron to build my ferritin levels, but the difference was, I was actually absorbing it. My family doctor was just as surprised. I have now stopped iron supplements and my ferritin level has held strong. I CrossFit, run and cycle four to six times a week, and I can handle my crazy shift work schedule.

I’m 38 and feel the best I ever have. I’m happy, healthy and energized. It took a lot of hard work, determination, organization and preparation to get to where I am, but there’s no going back because this is amazing. My children, family and friends have seen the difference in me and love it.