This isn’t a weight loss story, although I am extremely proud of all those Apples who’ve experienced tremendous weight loss success–kudos! Mine is, however, a story about how Primal living allowed me to exterminate my auto-immune issues and overcome my lifelong battle with eczema.

I grew up in Johannesburg, South Africa, during the post-Apartheid Nelson Mandela era. My folks and I moved there from London in 1994 when I was two, so I count myself lucky to have been exposed to people from a multitude of cultures, nationalities, and faiths. It’s quite hard to imagine that only 10 years prior to that blacks and whites lived in forced separation from each other under an iron-fisted government!

Anyway, I always had systemic inflammation as a kid, and our family doctors constantly told my parents that I would quite possibly never grow out of the eczema which plagued me every break-time at school. South Africa, being a sports mad country, has always encouraged its children to play outdoors (which is wise in and of itself), however, my experience was often quite different. I remember being ten and playing with my friends on a hot cricket pitch. The sun was out, smiles were in heavy supply, but I was in agonizing pain. My eczema would develop sporadically in sun exposed areas and would leave me in crippling pain, unable to even concentrate on the games we played. Whenever rugby season came around in high school, I knew that my chances of being able to maneuver around the pitch easily (and at speed, I played wing) depended on whether or not my skin irritation ceased.

I had always been into “clean eating,” a principle I emulated from my mother, who first took me to the gym at age 13. Meals at home were largely centered around green leafy veg and meat, and at Christmas when we went to see family in Ghana, I would divulge in fresh coconut and plantains. Although there were many primal aspects to my childhood, I still had a love of whole grains and milk, which I would devour religiously after weekly training sessions. This of course didn’t help my teenage acne and certainly ruined my mood, especially as I was in a rag and tag (although beautiful) boarding school. I also rowed quite competitively during high school and by the time I was eighteen, I had developed a nasty case of over-training in an attempt to “be fit”…this failed abysmally.

Fast forward to college a year later and I was studying history in Dublin, Ireland–the home of Guinness Beer and Oscar Wilde (yes, both). Studying abroad was, and continues to be, a surreal experience. During my first year I did not have adequate health insurance and navigating the Irish health care system was a daunt  task for a foreign student. My grandmother made me promise that I would take “extremely good” care of myself so as not to need any health care, and so I turned to the web to help me get “extremely” healthy. I became a devout reader of Muscle & Fiction, and Men’s Ill-Health alike, and the fact that I naïvely took a greeting job at Abercrombie & Fitch–the mecca of vanity and self-delusion–didn’t help…yes, some of those boys have perms! Thank God this misdirection only lasted a year. I was fortunate to meet a number of open minded health enthusiasts on my college track team and in my Bible study group, a number of whom were self-proclaimed ‘Biohackers.’ 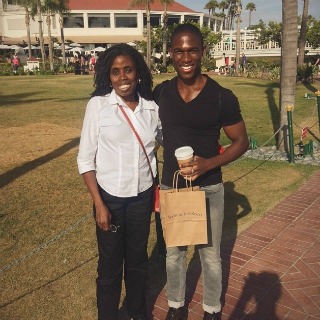 Great things happened and I read The Primal Blueprint (the divine book of fitness, health, and living long while looking darn good doing it!). I also read Robb Wolf’s Paleo Solution and the Hartwigs’ It Starts with Food. My health CHANGED. Mr. Sisson opened Pandora’s Box of health for me and I quickly realized how steeped in delusion much of the health industry is.

I now train a mere three times a week with one conditioning session, outdoor sprints aren’t always possible in a rainy country so body-weight does the job, and I’ve had the pleasure of training friends and family too! 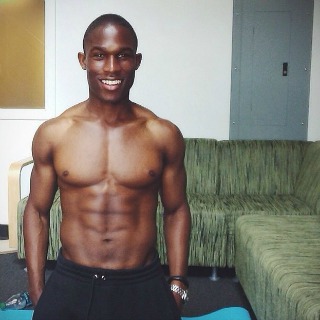 As a student today, I’ve seen too many twenty-somethings running around on treadmills and eating 12 meals a day between lectures for the sake of “bulking up,” while denying their auto-immune issues because conventional wisdom shuns fat and praises the grain. I have seen too many cases of male bigorexia and have seen far too many girls wearing waist trainers for it to be okay. Primal living has taught me to respect myself and in turn, my body has disallowed eczema and other autoimmune problems from inhabiting it. I’ve only just gotten my sleep on track, and being in bed by 10:30 is no social death. Those who matter don’t mind, and I fear that those who mind won’t be with us sixty years down the line. Health isn’t hard, it is a God given birth right we all have.

Thank you Mr. Sisson for your tireless work in the ancestral health realm. My family has a copy of The Primal Blueprint sitting on a bookshelf in South Africa, my family in Ghana have their copy on the way in the mail, and I am trying to gently, but persistently, spread primal knowledge with all those I am encountering in Europe.

Yours truly and Grok on!