It’s hard to say where my Primal story really begins. Maybe it began in college, when I got used to living off of simple processed carbs (pasta, rice, bread) in order to keep my food expenses as low as possible. At one point I was spending less than $20 a week on food! And that included “eating out.” I would drive through a Zaxby’s or McDonalds and order just French fries. Cheap and delicious, right?

I managed to stay skinny with no effort and a lot of carbs. I was a size six when I started college, but when I—a.) became a coxswain for the crew team (you have to be as small as possible, as you’re the only one in the boat not pulling her weight) and b.) fell in love with my now husband, I quickly dropped to a size zero.

The problem with ever being a size zero is that you feel like you can never go back to even one size bigger. So the next step in my story comes a few years later, when I got married and moved to Colorado. Suddenly, I was getting older and staying skinny required a lot more effort. I remember stepping on a scale in a hotel in Aspen where we were celebrating our first wedding anniversary. 125 pounds! The horror! I started eating less than 1200 calories a day of things like light yogurt, bread, and rice cakes, and tracking it all on My Fitness Pal. I started the Couch to 5k program and messed around with the weight machines at our apartment gym. And it worked! I looked awesome! The scale dropped to 113 at its lowest! I figured the constant hunger and deprivation was just the price I had to pay.

After a while, though, the scale started to creep higher and higher again. My jeans grew tight. I yo-yoed a lot, bouncing between starvation diets paired with running and “clean eating” paired with the Insanity workouts. I grew immensely unhappy with the job I had previously adored and tried to temper that stress and unhappiness with my favorite carby foods: bagels, French fries, donuts. I didn’t blame my job for my weight gain and eating habits, but I did blame it for the stress that was ruining every other aspect of my life.

So one day, I quit. I was able to leave immediately, without two weeks’ notice. The next day, despite the new stress of finding another job, I felt free. I have never once regretted that decision. This was the true beginning of my transition to a Primal lifestyle, even though I didn’t know it at the time. All I knew was that I had suddenly realized that being miserable at work shouldn’t be the status quo. Allowing the rest of your life to be ruined by your job shouldn’t be normal. So I said enough was enough and took my happiness seriously.

And then destiny truly smiled on me. I had worked with children for my whole adult life, first as a high school teacher and then as an ABA therapist for children with autism. I wanted to keep working with children, but I had been disillusioned with both of those fields (thanks to administration and management, not the children themselves). So I advertised myself as a nanny, and a week later I was starting work as nanny to the world’s cutest 17 month old. And then the real magic happened; his parents introduced me to Mark Sisson’s The Primal Blueprint.

It took a few months for me to begin a lifestyle change, but in those months I was already becoming much healthier, thanks to being truly happy almost every single day. I started with them in May, and by August I was weaning myself off of my SSRI for anxiety. I truly didn’t need it anymore, thanks to a simple job change. And when I started doing weight training with the father of my “nanny family” and then following his nutrition advice and immersing myself more and more into the science behind the Primal lifestyle, I was quickly hooked. I was able to drop yet another medication: I no longer needed my daily corticosteroid for asthma management, which to this day I firmly believe is thanks to going gluten-free. Reading The Primal Blueprint was a magical “duh!” moment that removed all hesitation.

Now here comes the most important part of my whole story: My husband and I decided to begin trying to have a baby. Soon after stopping my birth control, it was obvious (due to various physical symptoms) that something was very wrong. In January of 2015, I was diagnosed with polycystic ovary syndrome and accompanying infertility. Although I was not obese and did not show evidence of insulin resistance, testing showed that I did not ovulate and had low progesterone and high androgen levels, along with the telltale cysts and other indications.

The recommended diet for PCOS is high fat and low carb, which already described my diet thanks to the family I worked for. So I kept doing what I was doing and threw in a higher focus on my weight training and low intensity cardio (I live in Colorado where it’s easier to hike than to avoid it!). I also began various medications and monthly hormone testing. For the rest of the year, I felt that I was living a nightmare. I grew convinced that I would never be able to bear a child. Our one success during that time resulted in a miscarriage on our wedding anniversary.

My Primal lifestyle became my lifeboat. I clung to the knowledge that I was nourishing my body the best way I possibly could and often told myself that if I couldn’t have a baby bump, I could at least have enviable abs. I began by keeping a Primal journal of sorts, literally checking off the Primal “laws” each day to make sure I hit all the important stuff. I tracked protein and carbs at first to get used to eating enough of the first and less of the second; I had a lot of success with keeping both higher on lifting days and focusing more on fats and fasting on “off” days. I slept well, ate well, lived well, and flourished in the sun like a plant. Soon, it was all effortless. I grew confident in my weekly meal planning, choosing nutritious foods and balancing my nutrients became purely instinctual, and the previous processed carb staples of my diet disappeared from my pantry, my shopping list, and often my memory. Suddenly I would rather eat a handful of berries than a handful of candy. And yeah, I was pretty proud of how I looked, too. My weight consistently remained higher than I ever thought I’d be comfortable with, but I had my new strong muscles to thank for that. (Freshly bronzed skin from embracing instead of avoiding the sun certainly didn’t hurt either.) I naturally ate less often (during my previous carb-happy life I would get “hangry” every hour or so!) and became a pro at intermittent fasting. My husband supported me every step of the way, and even though it wasn’t his idea, he has fallen even more naturally into choosing the right foods and intermittent fasting. He even helped me summit my first two fourteeners here in Colorado (he’s up to 23). Me, who had avoided exercise for my whole life, climbing mountains! The mind boggles. 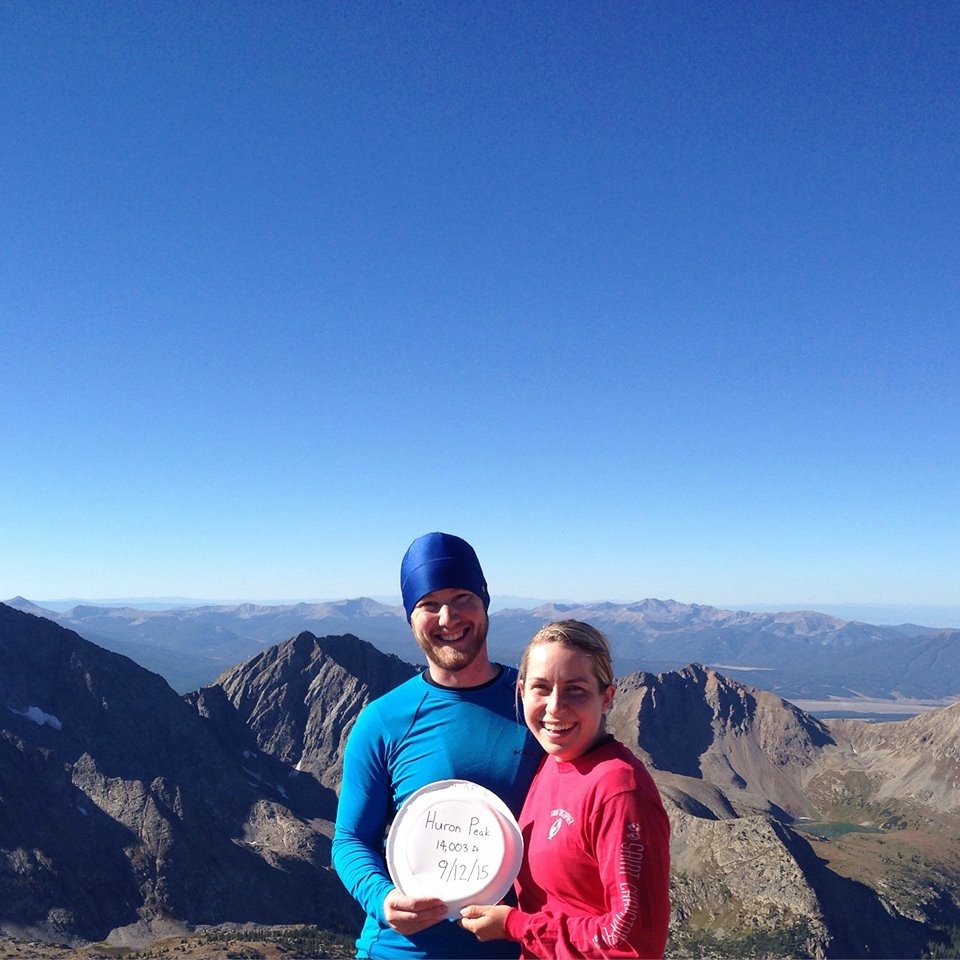 And then, right before the end of the year, I had an initial appointment with a fertility clinic and then never needed to go back. I was pregnant. On my own. Spontaneous ovulation and 100% healthy hormone levels (and also great Vitamin D levels).

Maybe my body just needed to balance out after years on birth control. But I don’t believe that at all. I give full credit to Primal living. I was diagnosed with PCOS and declared free of all such indications (and also, of course, successfully pregnant) within the same year. Mark Sisson’s work and research, the family who pointed me in the right direction, the Primal lifestyle…these things turned my nightmare into a dream come true.

As of this writing, I am 28 weeks along and busily planning for our little girl’s arrival. My diet strayed quite a bit from the Primal side of things in the early weeks, but now I am going strong once again (albeit a bit higher in fructose than is ideal). I will say it has been hard to get used to eating frequent small meals again as my stomach gets more squashed! I have been able to keep up with my weight training the whole time, with a few modifications for safety. And I feel great! 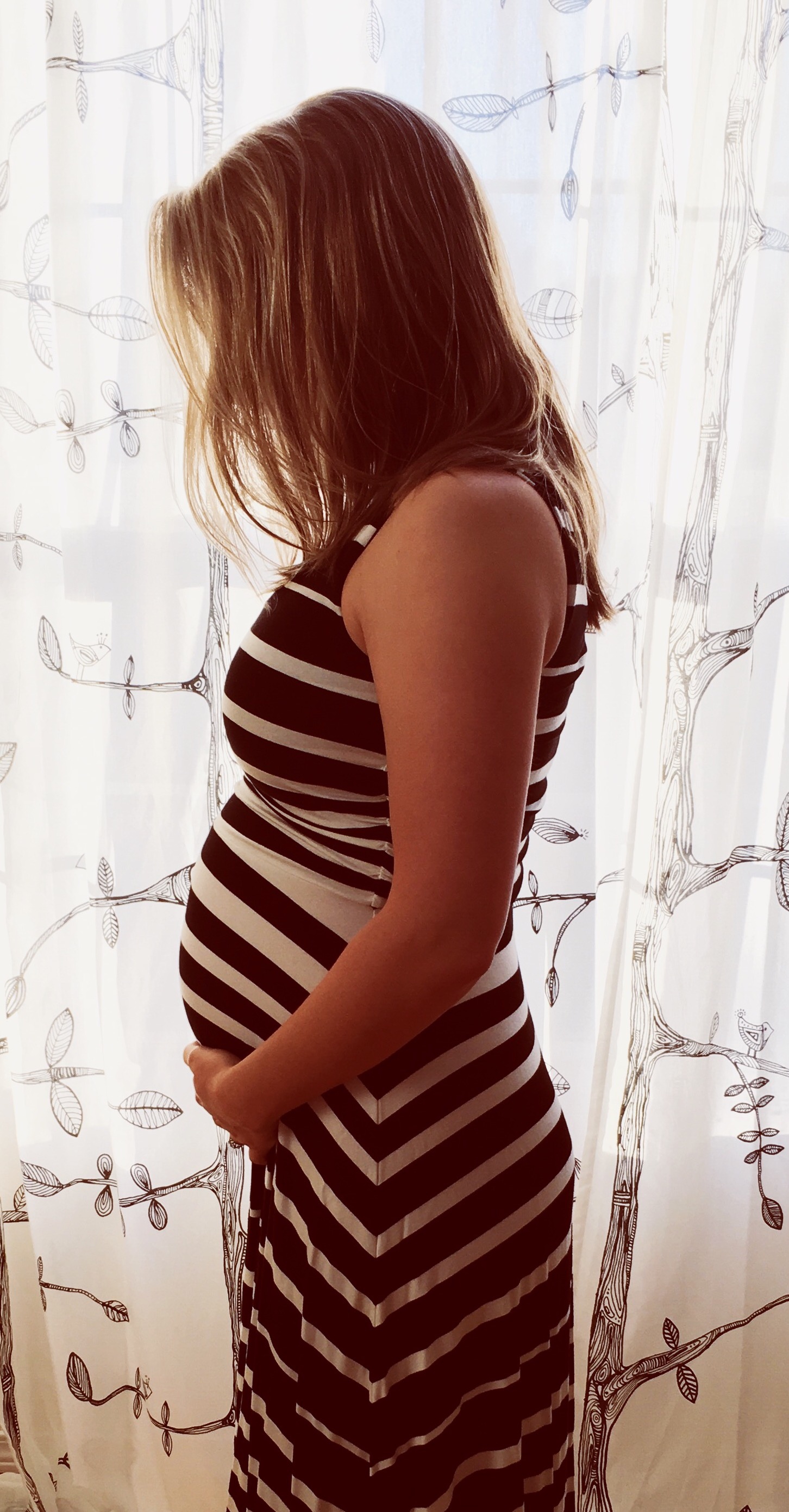 I could write a novel on all of the ways a Primal lifestyle has changed my life, all of them for the (much) better. Health, happiness, vitality, sleep quality…on and on. My lifelong battles with asthma and anxiety are, if not over, at least much easier. But none of those is as astounding or as important to me as the fact that it healed my infertility. There is no way to describe the pain of infertility to someone who has not experienced it. It was purely by chance that I met this family who introduced me to The Primal Blueprint, the best local meat source, and to a much better way of exercising than Couch to 5k and Insanity. Where would I be now if that hadn’t fallen into place?

I am so excited to bring my Primal lifestyle into this next chapter of life; I envision hikes with my daughter strapped to my chest and our dog by my side, introducing her to nutritious foods from the very beginning, and embracing playtime, sunshine, and happiness with my growing family. Thank you, Mark Sisson, for everything you do. My dreams have come true and I proudly stand by my higher expectations for happiness and health (and delicious recipes). The Primal community is truly something amazing. We’re going to take over the world.

I don’t really have a “before” picture that shows a noticeable external transformation, and no one wants to see before/after pictures of someone’s ovaries. But this “after” picture is a pretty big deal to me.