I am a 43-year-old man who was an intravenous meth user for 18 years, in prison three times, jail 18 times, and homeless. I was saved from my drug use and criminal life, but I had become depressed. I became reclusive and began to eat myself into obesity…topping the scales at 315 pounds. I had absolutely no energy and was completely useless to my wife and son. The example I was setting for my two-year-old son was an unhealthy lifestyle. Unless I changed my habits, and he continued to eat what I was serving him, his health would suffer.

I was eating fast food, processed food, cereals, boxed foods, canned foods, juices, sodas, etc. Out of concern for my well being, my cousin, who has been living the paleo lifestyle for years, introduced me to Mark’s Daily Apple for more information and direction on eating paleo. What I read made sense, and I took it on 100%. I was amazed at not just the weight loss, but at the enormous increase in my energy. Over time my depression lifted. 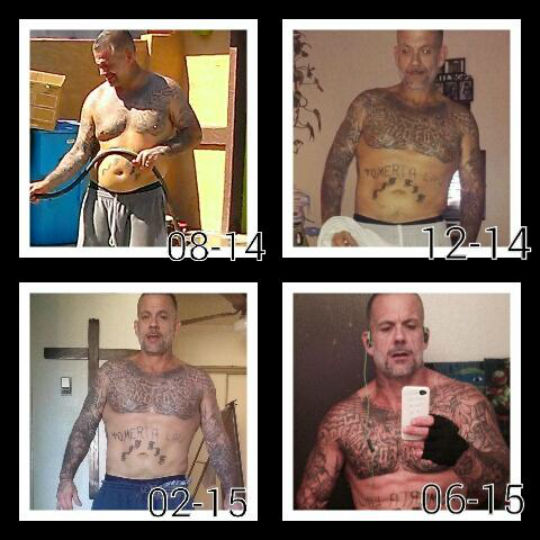 Using nutritional information from Mark’s Daily Apple in combination with my workout routine, I was able to lose 140 pounds and gain lean muscle in 15 months. My energy level is remarkable. Bed at 8:30 p.m. and up at 3:30 a.m.I am a personal trainer for others, and I care for my two sons and my wife, so my days are always jam packed, and I never fatigue. 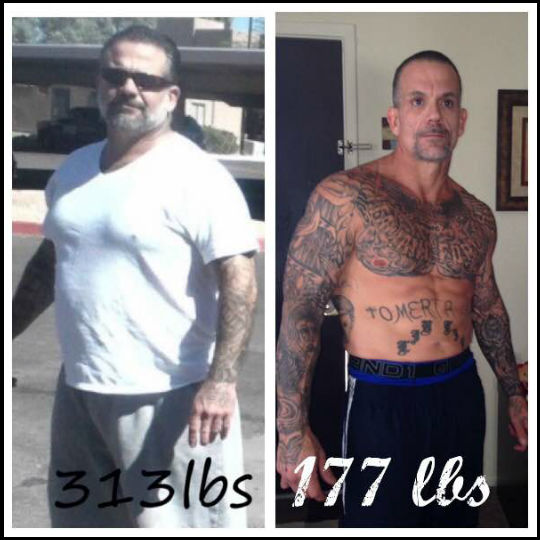 My 33-year-old wife is following the paleo diet guided by Mark’s Daily Apple, along with her workout routine, and has lost 170 pounds.

When I first began this lifestyle, my two year old son weighed 72 pounds and was at risk for diabetes, had respiratory problems and was obese for his height and age. He is now four years old, weighs 53 pounds (right on target for his height and weight), his blood results are all within normal range and his health is perfect. The pediatrician asked how he lost 20 pounds, because they never recommend for children to go on a diet. However, they were amazed that his blood work was perfect even with his weight loss. We talked to the pediatrician about the Paleo lifestyle and recommended Mark’s Daily Apple. They were absolutely amazed and said they had never seen this before.

It is a common belief that the Paleo lifestyle is too costly. However, we are a family of four and are currently living on the salary my wife makes as a waitress. To say we are poor is an understatement. Paleo is not a diet for us, it is a lifestyle and a mindset change. Sodas, burgers, chips, candy bars, Starbucks, packaged, canned food, etc., are costly! Now, what I am not spending on unhealthy food, I designate that same money to PALEO foods. It works out financially to be the same, but so much better for your life!

I would say good luck, but if you follow Mark’s Daily Apple, luck has nothing to do with the changes you will experience.