I first learned of The Primal Blueprint in the summer of 2010 when I spent the summer at my now husband’s parent’s in Maine, USA. I had been stuck at 135 pounds following a six month trip around South East Asia and Australia in 2007, and hadn’t been able to get back to my 120 pound pre-traveler weight, regardless of how many calories I limited myself to or hours spent on the treadmill. I met Tyler in 2008 in post-grad in the UK, when he was a vegetarian, daily gym-goer and runner. We ate relatively healthily in CW terms, I ate less meat, and worked out way more than I had before, but I struggled to lose any weight, despite the fitness regime. I wasn’t traditionally “fat,” but my muscular frame was more chunky than lean. 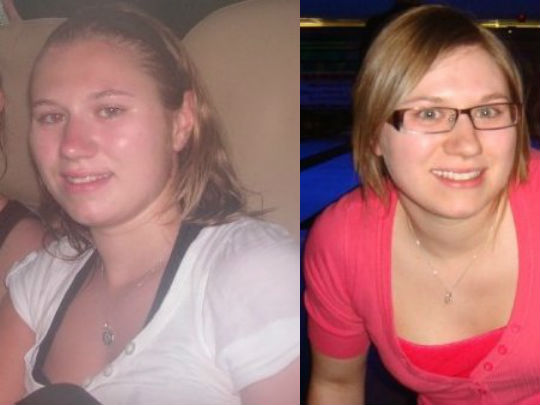 Tyler found MDA through another blog, and interested by the contrasting information to what he’d always thought was right, he gave up the grains and quickly leaned out, while still being a veggie. I arrived in the US and said “I’ll give it a try, and if I don’t feel any better, then what the hell.”

We soaked up the research, cooking “real” food each day with Tyler suddenly starting to eat meat again, and we felt better than ever. The idea of not having to run for an hour each day was amazing, and having suffered from shin splints and knee problems, it all made sense. I realised the feeling of being “painfully full” was never that at all, but the result of eating two bowls of pasta, with garlic bread, or our Sunday night takeaway of pizza and chips as our one “indulgences” of the week. Our friends thought we were crazy, reciting the “everything in moderation” mantra, and saying “what a load of rubbish not eating bread was,” and “how are you never going to eat bread again?” In all honesty, giving up bread and pasta was easy, as long as it wasn’t around, but the sugar cravings never really subsided and for the last 4.5 years I have battled with the ‘need’ to eat it. My friends couldn’t understand the lifestyle, and never really catered for me at parties or gatherings, so I ended up succumbing to the foods that make me sick, which didn’t help me at all.

I knew I was eating the wrong things, that my allergies to cats went away when I ate Primally, my hay fever disappeared (I could literally get a “cold” immediately after eating bread and cake) and I would maintain around 112 pounds, but working in a grocery store being surrounded constantly by the candy, cookies, and novelty seasonal treats was making it impossible for me to stop binging on these poisonous foods (I’m not blaming anyone else here; I know it was down to me). I was still lighter, sticking around 122 pounds, but I knew my natural plateau was 10 pounds less than this and felt guilty every time I fell off the wagon. My natural build helps me look fit, as I put muscle on easily, and my friends are always amazed at my “six pack.” I was still feeling okay, but knew when I was slipping when I was sleeping late all the time and had colds and headaches more regularly. 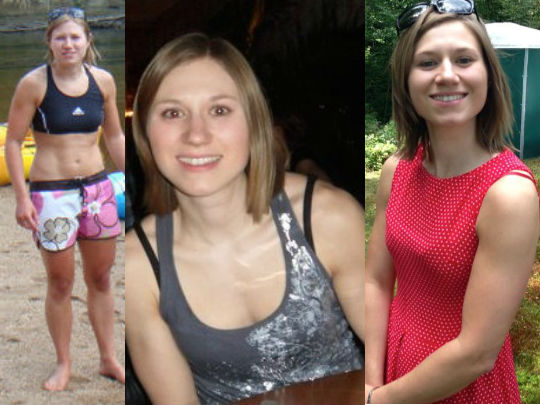 Just before Christmas 2013, I started having pain in my left arm and around the heart area of my chest after eating sugary foods, and my GP dismissed it as indigestion due to the fact I didn’t eat sugar every day. It kept coming, and another GP said it was muscular skeletal, which made more sense, considering some simple observations such as my job replenishing shelves, which of course made me relieved, but the fear it had been my heart had kicked me into gear to do something different.

In early April of last year, it felt like a fog had lifted in my mind. I listened to all the podcasts (up to week 12 by then) in a week on my commute, and felt I was learning the information all over again. I bought the 21-Day Total Body Transformation guide, and surrounded myself with Primal snacks, which I keep on hand for when I’m feeling peckish, or when I crave sugar.

The sugar struggle remained a hilly road until Autumn 2014. I was still hitting rocky patches, still drinking beer, still not completely avoiding gluten when eating out, which all came to a head on a weekend in Edinburgh late November last year. I had developed psoriasis, which I think was due to extreme stress while Tyler was applying for “indefinite leave” to continue living and working in the UK. I had drank a lot of beer and whiskey in Scotland (when in Rome) and eaten my fair share of black pudding and haggis, which always contain oats.

Truthfully, I felt awful, my psoriasis spread like wildfire (you could count the growth of lesions hourly) and the stabbing pains in my stomach were telling me something was wrong in more ways than it had been before. Simultaneously, my best friend had recently started the Autoimmune Protocol, to combat ulcerative colitis (I’d never heard of AIP), and she informed me psoriasis was an autoimmune disease. I started researching this as much as I could, and suddenly I knew what I had to do. (My mother has had Multiple Sclerosis for 49 years, and seeing her slow deterioration over my lifetime spurred me on further to combat my own, albeit less serious autoimmune disease.) I followed AIP for a month or so before Christmas, and it was the best thing I’ve done.

I now know absolutely, definitively, that I will never eat grains, sugar or gluten again. Even paleo/Primal “treats” don’t float my boat like they used to (the more sugar I eat, the more I want). It can still be a struggle, when there are sweets and chocolate lying around at work, and once or twice I’ve picked one up and put it back down again, but it is getting better.

I now sit at around 119 pounds, although I don’t worry too much about that anymore as I FEEL healthy, and can honestly say I don’t get energy crashes in the afternoon, that I can often wait until noon to eat (sometimes I choose not to because I JUST LOVE FOOD!), that when I get my SLEEP and STRESS dialed in, EVERYTHING ELSE comes with it, that when I sprint I feel AWESOME, when I look in the mirror I feel STRONG. My job keeps me active, as I move all day (15000 steps and counting) and lift heavy things (crates of potatoes and onions!). The only issue is getting adequate sunlight which is sometimes difficult in the UK outside of summer months!

It’s a lot easier now to find like-minded people, even in the UK, (Tuesday night 8-9pm, #paleohour on Twitter!), and I’ve recently started a blog (shameless plug!) writing about places to eat Paleo in the UK (GrainFreeGrazing.wordpress.com), to try and “give something back.” 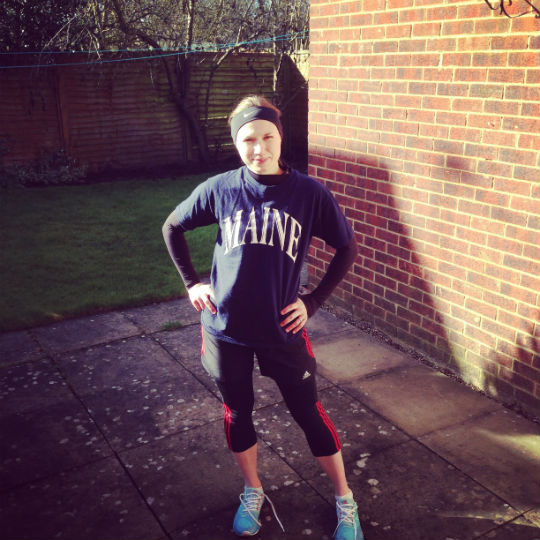 Thank you, Mark, for the work you and your team do. I am eternally grateful for the day Tyler found MDA, it has truly changed my life for the better.