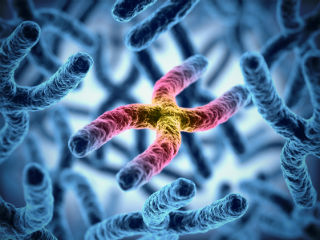 For today’s edition of Dear Mark, I’ll be addressing the concerns raised in the comment section of last week’s CRISPR post. Many of you were rather alarmed at my apparent whole-hearted endorsement and enthusiastic embrace of the latest gene-editing technology CRISPR. Actually, I am more cautious than I may have let on. You brought up some great points. And I’ll try to address some of them down below.

Will there be 2 Olympics? One for sustainable grown people and one for genetically modified people? 2 types of baseball fields – one for organically grown humans and one for people designed to hit a baseball further so that homeruns are still an accomplishment? Will there be 2 university systems – one for naturally human people and one for intelligently designed people? Will natural humans be eligible for all jobs or will they be discriminated against? Will natural humans still have access to medical care? If a condition can be cured or improved by CRISPR, will medical authorities be allowed for force the procedure on people whether they want it or not? Will a natural person be denied insurance, medicare, medicaid, or welfare if they decline to be “adjusted?” Will CRISPR ignore the fact of environmental affects on epigenetic expression and presume all genetic disease markers must be revised according to some lobbyist’s ideas of how the human condition should proceed? Can CRISPR adjusted genes be down-regulated by too many Twinkies? Most importantly, will Dick Cheney live forever?

I get it. The way-down-the-line implications seem jarring. So let’s touch on a couple of these hypotheticals (remembering, of course, that they’re hypotheticals).

First, these divisions already exist. People aren’t born equally. Some folks are just smarter than others. Some are more athletic. Some are more attractive. Some are friendlier, or more open to new experiences, or better at tracking wildlife through dense foliage. Some have better spatial intelligence. Others are great wordsmiths. Some people can rewire your home’s electricity or fix the plumbing; others are really good at marketing the electrician’s and plumber’s businesses.

If we introduce a “superhuman” tier of competition, that’ll just become the new normal. Our expectations will adjust. Dunks from behind the three point line will draw yawns. Maybe we will have different playing fields.

Maybe athletes won’t break down as often. Maybe an athlete’s prime will last thirty years instead of eight. Remember, a significant portion of doping is done to protect athletes against injury and improve recovery, not just give them enormous muscles.

As for the jobs stuff, if I had to place a bet, I think the rise of superintelligent machines will displace far more human workers than anything else.

But those hypotheticals aside, here’s the more important thing…

In the original post I left out that perhaps the biggest gain we’ll get from CRISPR (because all the other supergenius, superman stuff is speculative and far off) are the insights into how our genome actually works: how genes are turned on and off, what happens when they are, and where causality truly lies. Already, scientists are:

This is huge. Sure, we know the basics for staying healthy via gene expression.

Everything we talk about on this blog will still hold true.

But CRISPR will give us insight into the specifics of how this all works. Why does walking through nature reduce stress, improve blood sugar regulation, and boost natural killer cell activity? It probably doesn’t matter to most people.

Knowing that doing the thing helps is enough. That’s where I am.

But we all have that loved one who simply won’t (or can’t) give the Primal Blueprint an honest shot. And for them, that can provide extra motivation (or ability) to hop on board.

CRISPR may help scientists come up with ways to deliver epigenetic-based therapies to people who are unwilling or unable to adopt the wholesale lifestyle changes necessary to trigger beneficial gene expression—therapies that don’t involve gene editing.

Beyond that, there are other applications that have nothing to do with editing human genes. Scientists have used CRISPR to study the conditions necessary for the development of colon cancer.  Altering a single gene to cut diabetes risk in half or nearly eliminate one’s chance of getting colon cancer should be congratulated.

Yes, nothing is wholesale guaranteed. Yes, there can be unforeseen consequences. And I don’t blame anyone for having healthy skepticism against new technologies when they haven’t performed yet (especially since all of us here have been bucking against the Conventional Wisdom of so-called authorities for years). But certain advances are also a grounds for some (albeit measured) optimism. Maybe “hope” is the right word, since it implies what I really mean: I’m hoping for the best case scenario, given what we know so far, not stating that it will happen.

Someone mentioned my identification as a Luddite. How do I square the two?

So far in this life, erring on the side of “nature” has worked and led to the biggest gains in health, happiness, and productivity. Trying to counter nature never works well. Thinking we can make a smoothie out of pills and powders that’s more nutritious than anything found in nature is folly. Thinking we can improve the egg while missing what makes it so nutritious just doesn’t work. Assuming we can boil down a person’s health status to a machine’s analysis of a single drop of blood is nonsense (and the market has spoken). But Soylent, the vegan faux-egg guys, Theranos, and most other examples of food technology and medicine trying to “fix” what’s wrong all approach health and wellness assuming that humans know better than the natural world. They tried to contradict it and ran into gene-environment mismatches. They thought they could ignore the epigenetic environment under which humans evolved.

On the other hand, CRISPR acknowledges, works with, and targets the foundation itself: the genome. That’s why there are risks. You’re altering the stuff of life. But it’s also why there are great opportunities. We can’t ignore the reality of genes.

Current GMO technology inserts foreign genes into organisms. This would never happen absent human intervention, and it’s why it sketches people out. It circumvents natural selection entirely, taking a top-down approach to what is normally a bottoms-up phenomenon. CRISPR is actually much closer to standard breeding practices, only sped up and with more precision. Instead of getting the two friendliest dogs to mate and hoping they have friendly puppies, you directly alter the “friendly” genes. You go right to the genetic foundation—to the bottom.

As for the DIY scene, I’m a big fan of letting people alter their own bodies, their own consciousness, and—once it’s available—their own genetic code (with qualifications, as you’ll see below). I may not do it. You may not do it. But if it’s not hurting anyone but the person hacking their genome, what’s the issue? No one will be able to program telekinesis, the ability to fire energy beams from their eyes, mind-reading, or other capacities that threaten people around them. Gene-hacking has hard limits.

Well, here’s the issue. DIY hackers (and anyone editing human germ lines) may affect others: future generations. If the changes are hereditary, if they edit the germ line, those changes will persist through to the offspring. Future humans can’t consent.

That’s the real issue here. And that’s a concern I definitely understand.

Then again, of course, no one consents to being conceived and born in general. Your children never consented to being the product of yours and your partner’s genetic material. But the big question is: is there a moral difference? I honestly don’t know the final answer. I’d love to hear your thoughts on the subject. Because that’s definitely a conversation that needs to happen as this technology moves forward.

But the fact remains that other people/countries/entities will pursue gene-editing with CRISPR. It’s too alluring an opportunity to pass up, and the risk of being dominated by those who take the plunge will force everyone else’s hand. There’s no escaping it. It is coming.

All that said, I wouldn’t be surprised if the complexity barriers to using CRISPR or other gene editing technologies in living adults are just too high to overcome.

Editing an egg or a sperm cell or an embryo is relatively simple compared to editing genes in a liver or eyeball, which involves editing millions of cells. Nor would I be surprised if we never figure out how to edit the thousands of genes that help determine complex traits like intelligence or personality or height without also triggering unwanted effects. Some of those “intelligence genes” may have multiple effects, like an increasing risk of autism. We’ll have to walk a fine line there, or perhaps only target a few of the ones we know to be monogenic.

Where I remain hopeful and optimistic is when it comes to prevention of major health issues. Many of these conditions are monogenic, or close to it.

Obesity? Many genes contribute, but editing them one at a time shows promise. Consider common polymorphisms of the FTO gene which add about 3 kg body fat, increase energy intake without increasing expenditure, and increase the risk of Alzheimer’s and metabolic syndrome. CRISPR-editing the FTO gene in mice abolished obesity and made them totally resistant to an obesogenic lab diet.

Any recent parent has probably subjected their babies to the “newborn screening,” which uses blood draws to test for various diseases and disorders. Wouldn’t it be great to just eliminate those?

Or what about the fact that some people are more susceptible to tissue damage? I’ve got a genetic propensity towards damaging my tendons, ligaments, and other connective tissues that has been realized throughout my life; I’d love to have had that one altered from the start and can’t think of any real downsides, provided it doesn’t have any polygenic effects.

So we probably can make some edits and be reasonably secure in the outcome. But, as I said, having reasonable skepticism and asking the hard questions is healthy, necessary, and vital to the unrolling of this technology.

Those are my thoughts on the subject. I’m sure we’ll have to revisit this topic in the future, but I’d love to hear if today’s post assuaged any of your concerns about my perspective. Let me know in the comment section!

Thanks for reading and—as always—asking the hard questions.