Search through a few cookbooks or food blogs for a pulled pork recipe and you’ll find that everyone has a slightly different approach. Some cooks add broth and tomatoes, some sear the meat at the beginning, some cook the pork in a crock pot and others go all-out with a charcoal grill. Each cook will claim their recipe is the best, but we’ll let you in on a secret: no matter how you cook pulled pork, it’s going to be delicious.

We like the approach Pat “Allbeef Patty” Levine submitted for the Primal Blueprint Cookbook Challenge because it’s straightforward and fool-proof and still has tons of flavor. As Pat told us, “the beauty is that it’s very affordable and it’s more of a “method” than a recipe” – which means you can alter the seasonings to your own taste. The method Pat speaks of is slow-cooking at a low temperature. Low and Slow is the best way to cook less-expensive, tough cuts of meat. One of these cuts is pork shoulder, which is sold most often as either a Boston Butt (upper shoulder) or Picnic (lower shoulder). Either will work for this recipe.

A pork shoulder is very forgiving. Contrary to most cuts of meat, this one will only come out tough if you undercook it. Think of it this way: the meat is so tough to begin with that you really can’t make it worse, you can only improve on it. You’ll be helped along by a thick layer of fat that covers the pork shoulder, tenderizing and flavoring the meat as it cooks. All you need to do is add some seasonings, put the meat in a dish, cover it with foil and walk away for three hours. If the meat doesn’t shred easily with a slight nudge from a fork, then cook it another hour. After four hours in the oven, the meat will have transformed into a succulent, richly flavored, melt-in-your-mouth roast.

As the pork is cooking it will release it’s own juices, creating a sauce in the pan. This sauce can be drizzled over the shredded meat at the end, adding even more flavor. Another reason we like Pat’s method of using an oven instead of a crock pot is that you can take the foil off for the last 45 minutes and the meat will get crispy and caramelized on the outside. Trust us, you won’t be able to resist picking these crispy bits off the top when the pork comes out of the oven.

This is the type of dish that gives you a lot of bang for the buck: tons of lip-smacking flavor and enough meat for several meals (or a very large family.)

Juice the lime over the seasonings and rub the mixture all over the pork. 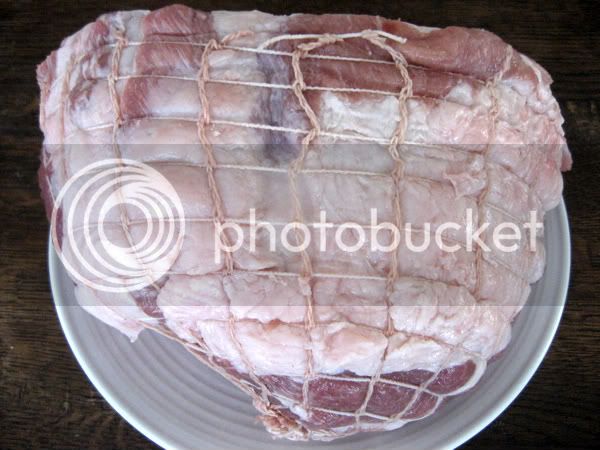 If you love garlic as much as Pat does, you might want to use fresh garlic, too. Use a knife to slice six thin cuts in the pork and push each clove securely inside each cut. You don’t want the fresh garlic to fall out and touch the cooking vessel or it will burn and affect the flavor of the meat.

The meat should sit out of refrigeration a half hour before you put it in the oven. This ensures that it will cook evenly throughout. If you want to let the meat marinate in the rub longer than this, put it in the fridge for an hour or even overnight. 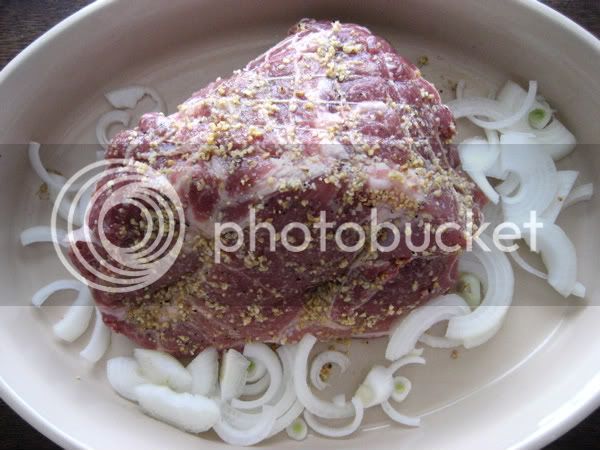 When you’re ready to cook, preheat the oven to 250 degrees Fahrenheit. Place the roast in a pan with one sliced onion and a bay leaf. Cover and roast for three to four hours, or until the middle of the roast reads about 190 degrees and falls apart easily when pulled with a fork.

Let the roast rest for twenty minutes or so, then uncover. You’ll notice a lot of liquid at the bottom. Use it as a sauce for the meat, which you will now viciously attack with two forks. It’ll fall apart pretty readily, and you’ll get the idea of the shredding method after a couple of pulls. Enjoy!