From “Skinny-Fat” to the Best Shape of My Life

I found out about Mark’s Daily Apple and The Primal Blueprint about four years ago. I read some of the pages on it, and was instantly sold that this was how nutrition should be done. I particularly liked the pages describing the insulin response, and the biological mechanisms that happen from relying on carbs as opposed to fats. I became a subscriber to the MDA RSS feed and have read or skimmed every post since then. 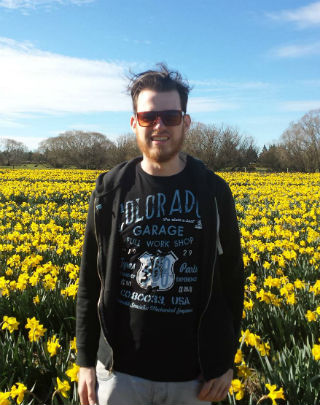 Five years earlier at the age of 18, I had been about 75 kg (167 pounds), but a student’s lifestyle of fish and chips had brought me to 85 kg and all my “healthy eating” attempts had never got me much lower than that.

Unfortunately it took me a long time to start the Primal lifestyle. At the time, I was with a partner who was significantly more overweight than I was. I tried to talk to her about Primal, but she viewed it as a fad, wouldn’t read any of the source material, and expressed concerns that my following of the lifestyle would be disruptive of our combined efforts to work on her weight problems. She didn’t look at me as ‘skinny fat,’ but just ‘skinny’ and didn’t see that I needed to diet at all, except to be supportive of her own weight loss.

For the most part I was on board with this. Weight loss would fluctuate on a typical diet depending on how much fast food we would eat, and I would often think about The Primal Blueprint when I ate, and other times I would ignore it. At one point my weight got out of control and I was approximately 95 kg (209 pounds). We both joined Weight Watchers at this point. During Weight Watchers I was able to lose weight, but slowly and with great difficulty. I would often feel very hungry and just bear through it. By the time I finished, I was down to 84.0 kg and unable to lose any more. Eventually I stopped going, and both of our lifestyles became disruptive again.

It may have become clear from this writing that my relationship wasn’t particularly healthy for either of us. Late last year we broke up to our mutual benefit, and I immediately jumped full board onto the Primal bandwagon. I began to cook several days worth of lunches for work, and planned regular body-weight exercise three times a week. Prior to this I was sort of half-doing Primal already, so the transition was fairly painless from a cravings perspective.

Every week I would spend one day doing some squats, one day doing some push-ups, and one day doing some pull-ups. Nothing terribly difficult, but the rule I gave myself is that I always had to do at least as much as the previous week. At first I couldn’t even do a single pull-up, but it all slowly built up with time. All through this process I walked to work each day, and would occasionally go for a run when heading around to friends places and back. 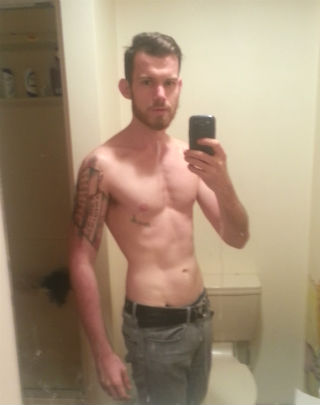 After five weeks of this, I was both looking and feeling a lot better. I didn’t weigh myself at the start, so I decided to weigh myself then and I was 88 kg. I’m not sure how bad I was when I started. At week 14 I broke the 80 kg barrier. At week 20 I was averaging 76.0 kg. Now it is week 25 and I am about 74.5 kg. For the first time in my adult life I weigh what I did when I was a teenager. Even better, the constant body weight exercises means I have more muscle than I ever did at 18. I am definitely in the best shape of my life.

The best thing of all? I don’t have to count calories at all. I’m barely ever hungry. I have to skip meals to get as hungry as I felt all the time on Weight Watchers. When trying to meet weight loss goals, I have found that I can’t pig out and eat as much as I want, but if I eat small portions until I’m not hungry, I have no problems whatsoever. Occasionally I’ll still have pig-out days, where I eat a whole quiche or something, but I’m always surprised that after a few days my weight hasn’t increased at all. It really is such an easy and effective way to manage your body.

I consider this a huge success for only six months of work, and I am extremely excited to see how the next six months get even better.