From Beachbody Addict to Primal Convert

Hi my name is Tori! Contrary to most stories on Mark’s Daily Apple, this isn’t a story about how I went Primal and lost 150 lbs. This is a story about how going even partially Primal opened my eyes as to what was really happening in my body.

I’ve been overweight pretty much for as long as I can remember. It started with snacking too much toward the end of elementary school and has carried through until today. And, like many overweight girls, I had self esteem issues about my weight… which I turned to food to comfort. For years, I tried most diets you can imagine, typically having great results for about three or so weeks and then hitting a plateau. It took me a long time to grow comfortable with my curves, and to accept the fact that I’m ‘built like an ox’ and will never be as thin as the models and actresses on TV. Accepting my body and the stress of an electrical engineering degree caused me to grow lax with my diet in college… a little too lax.

I yo-yoed several times, sometimes focusing on diet (i.e. Weight Watchers, where your reward for losing weight is eating less food – wait, what??), but mostly focusing on exercise. I became a Beachbody junkie, on and off. I would buy the latest DVD workout regimen with all of the hope and promise in my heart. I would try it and lose five pounds in the first week. Then two pounds the second week. Then half a pound the third week. Then gain a pound the fourth week.

Obviously, it was very frustrating. Even though I looked better each week, I could not get the scale to budge. Despite the fact that at 5’6”, I had a substantial 120 lbs of lean body mass, I could not seem to get below the 190 mark, no matter how much I tried.

Right around my junior year of college, I started having terrible IBS symptoms. I had terrible cramps, felt feverish, and had horrible nausea every morning, and there were times where I thought I was dying. I talked to my doctor (who I generally really like), but she had no magic pill to give me. “Try increasing your fiber and probiotics. Other than that, I have no advice, and IBS is for life.” I was devastated.

This happened in the middle of my Beachbody craze, and I jumped on the Shakeology bandwagon, thinking I was missing some kind of vitamin or superfood that would make my IBS go away. Sure enough, something about the balance of fiber and probiotics made the symptoms go away. I was taking it religiously, racking up large monthly expenses to maintain it. But I had to do it. It was the only thing that worked for me.

I went on like this for three years. Trying a Beachbody program (which I generally like, don’t get me wrong), having mediocre results, quitting, and then trying a new program with high hopes. During January of 2014, I started doing Focus T25, and I started a blog to record my progress. I was getting results, and I have to admit that I looked way better after completing the program. That being said, I had stalled out at 195 lbs. One reader of my blog commented that she started her day with full fat yogurt because the fat kept her full. I replied that that can’t possibly work because fat makes you fat (I was 23 and knew everything about everything). She pointed me to Mark’s Daily Apple. 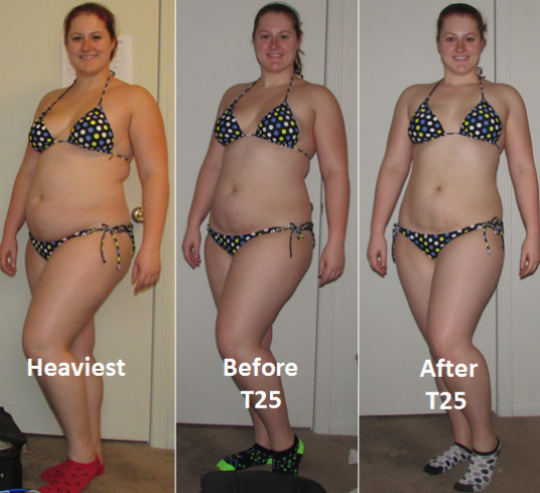 Mark, in all of my reading things on the Internet, nothing has made more sense than those first few definitive guides I read about The Primal Blueprint. It made so much sense, and yet I was still so skeptical. How could walking be so much better than chronic cardio?

This was the spring of 2014, and it was gorgeous outside. Instead of working out one day, my workout buddy and I went for a walk. We enjoyed it so much, that we walked again the next day. And we walked all of the rest of that week.

That week, I lost more weight than any other week on that program.

I was convinced. In June, I gave up gluten, dairy, excess sugar, and went on a 90% Primal Blueprint diet. I was busy finishing my thesis, so I worked out when I could and focused on diet and sleep. I lost five pounds overnight due to inflammation disappearing, and I have never had to take Shakeology again. It turns out, I had developed a gluten sensitivity and had been masking it with Shakeology for FOUR years.

I’d like to say that going Primal cured everything, but it didn’t. My gut was so destroyed from my sensitivity that even though I was eating all of the right things, those foods weren’t being digested and were rotting in my gut. I’ve since met with a naturopathic doctor and they have helped me find supplements to help my digestion. The only times that I have truly felt great every day is when I have stuck to a low-carb, paleo diet. And, despite the fact that I am still trying to figure things out, I give credit to trying out paleo for giving me the confidence to take my health into my own hands. 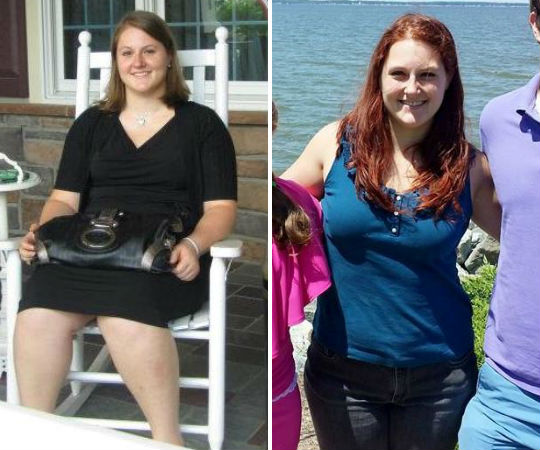 I’m still a work in progress, and my next step is to try an autoimmune paleo protocol, to try to find additional hidden sensitivities that could be causing inflammation and other problems. I would never have guessed that food would play such a huge role in overall health. I had never guessed that walking could be so enjoyable and so effective at reducing stress. For the first time, I am confident that I have the power to change my health, without drugs, without gimmicks, without fear.

Thanks for reading, and Grok on!