Growing up I was always a big kid, but by the time I was going into my senior year of high school, I found myself at 300 lbs. My dad had been giving me a hard time about it for quite some time, a bit of the pot calling the kettle black, but he was right. As a lifelong baseball player, I was in danger of getting cut from the high school team due to my weight, despite having been on a club team since the age of twelve and having played all over the country, in Mexico, and in the AAU junior Olympics as a sixteen year old.

My dad convinced me that I should join the high school wrestling team as a way to lose weight. They were eager to have me even though I was twenty five pounds too heavy for the heaviest weight class since heavy weights, the 215 lb and 275 lb weight classes, were hard to come by. This was the most physically demanding thing I had ever done, especially combined with the heavy dieting required to make weight. The diet was your standard calorie restriction; everything is fine in moderation fare. I spent a year and a half absolutely miserable, hungry, tired, and sore all the time, but at the end of it I was weighing about 185, able to do chin-ups for the first time ever, and headed to college in 2002 a new person. It was at this point that I made a fatal mistake; I figured that I had fixed my problem and that now I could rejoin society and eat like a “normal” person.

College is an interesting place when it comes to food, there is tons of it and it is all basically free. I knew I did not want to overdo things, I had heard about the freshman forty. So I figured I would avoid the all you can eat dinner and just go to sleep early to avoid dealing with the hunger. Hunger at this point was a big issue for me since after losing the original weight I was literally hungry all the time. It was just a matter of degree. After meals it went to a manageable level and if I went too long without eating I would get dizzy and very irritable. I was going to the gym regularly and running several times a week in sweats just like I had learned to do in wrestling.

For a while things were going well, I did not know anybody and this type of self imposed isolation fit well with my introverted nature. However, slowly I met people, made friends, and got a girlfriend (my future wife). This did not mesh well with spending every free second either exercising, running, or sleeping, and eventually I started running less and eating dinner for social reasons. I put on a little weight, but in general I was happier and healthier. It was at about this point that I was involved in an auto accident, and for the better part of six months was in almost constant back pain. I stopped running and going to the gym altogether, and by the time my back was feeling better I had gotten used to spending all that time with my girlfriend and other friends. This began a slow climb in weight over the next six or seven years.

My job during and after college involved long hours in the car and almost no sleep on weekends. I ate a lot of fast food; coffee will only keep you awake in the car up to a certain point and eventually I figured out that I could use food to stay awake as well. 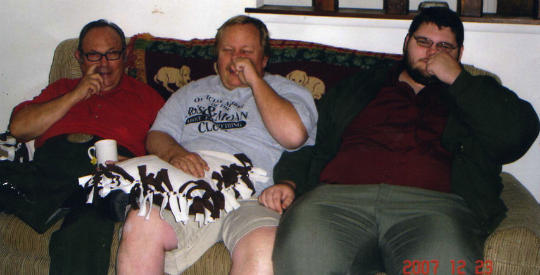 By 2009 I was an absolute wreck, I weighed right around 500 lbs, simple things like tying my shoes or getting in and out of my car were serious physical activities that required several minutes to catch my breath. A normal solid BM was a very rare thing, the first 20 minutes after waking every morning involved excruciating heel and arch pain in both feet, and I had GERD like symptoms on a daily basis. I walked extremely slowly and would trip, stumble, and fall frequently. However, the worst thing by far was the depression. I was an absolutely miserable person to be around, constantly moody, sad and despondent. I quite frankly don’t know how I did not end up killing myself and can only think that it had to have been the support of my fiancé, otherwise I would have. 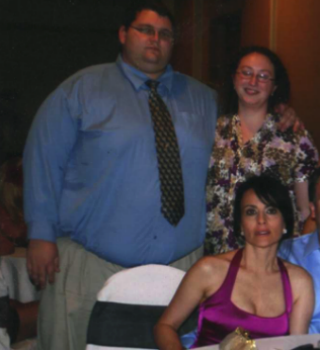 It was around this time that I started to realize what I had done to myself and started trying to make changes for the better. Sadly, I could not even weigh myself since our scale’s limit was 400 lbs. At one point a friend and I figured out that by placing two scales together with a cutting board on top of them, then trying to hold still long enough to get both numbers and adding them together gave a fairly accurate weight. I started trying to use portion control and exercise to lose weight, but both were difficult and involved a lot of starting and stopping. For example, when I first tried bench pressing I found that I could not get back up off the bench without help. I used what I knew, which was bodybuilding style exercise and the standard low fat “healthy” whole grains diet. It was slow going but I did see some progress and I started scouring the internet for advice. I stumbled onto t-nation.com and used that to make my exercise infinitely more effective. I also came across quite a bit of diet advice and when searching for more information about those diets I was constantly coming across Mark’s Daily Apple. In May 2011, shortly after getting married (weighing 414 lbs), I got a copy of The Primal Blueprint. 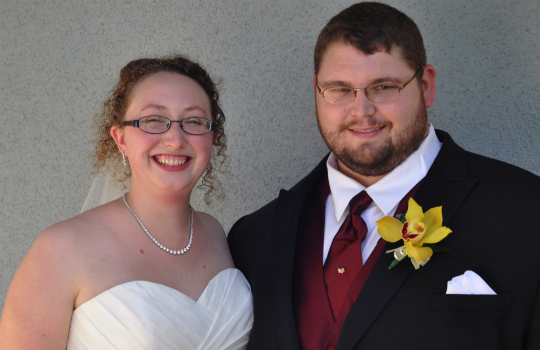 The Primal Blueprint was a watershed moment for me; it just made so much sense. My wife and I adopted a Primal Blueprint diet almost immediately and I got myself my first pair of five fingers. Life without bread was difficult at first, but that faded quickly. This also seemed to clear up the BM and GERD problems within about three months. I started to feel a lot better pretty quickly, my lifts and weight loss both starting improving much more rapidly. 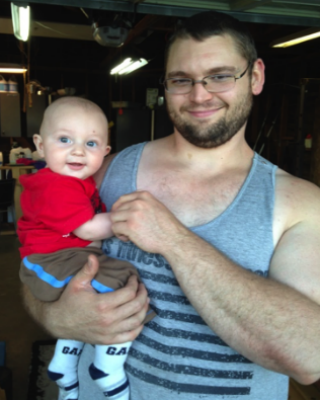 It is now 2015, I have dropped over 20 inches off my waist, lost four shirt sizes (6XL to 2XL) and am weighing in at 270 lbs, and I can do chin ups again! Most importantly, all of my previous ailments are gone and I am able to run and play with my daughter, born May, 2012.

The biggest change was a rediscovery of satiety, I found that eating Primally allowed me to eat reasonably and feel full. Additionally, I found I could miss meals and not even notice it, which was unheard of for me. I think this is the most important difference when comparing Primal to SAD, and it is the thing that I try to share with anyone who will listen. Having lost 100 lbs two different ways, I can tell you that doing it without constant unbearable hunger makes the process a lot more manageable.

When I drug myself out of the denial I had been living in and came to terms with what a horrible mistake I had made, I was dreading the fact that I was going to have to lose significant weight all over again. I knew from past experience how little I got to eat to lose weight and how hungry I was the last time I did it. When I compare that to how much I eat currently and how hungry I got even cutting back a little I felt very daunted. If I had not found The Primal Blueprint when I did I would certainly be nowhere near where I am now in terms of both my physical and mental health. I still probably have a few pounds to lose, but in August 2014, I reached a big psychological milestone when I finally reached a 500 lb dead lift, my old top body weight, and I owe so much of it to the decision to go Primal two and a half years ago.

Since starting my Primal journey my wife and I now have two children, ages 3 years and 5 months. I look back on what I was and find it hard to imagine that person was me. I keep a couple pictures of myself at my heaviest where I can see them and they can act as inspiration. I look at the person in those pictures and I know there is no way that person would have been able to be the type of father to my children that they need. Thank you so much for helping me make the changes I needed to make to become that father.