I clearly remember my first experience with binge eating. I was only about ten years old, but my home life was in chaos. My dad had recently lost his business and declared bankruptcy, and we had to sell our home and almost all of our belongings. The turmoil was hard for my parents, but was absolutely traumatic for my younger sister and me. I remember waking up during the night and hearing them fighting over the situation. My sister and I were too young to understand the details, but old enough to know it was really, really bad.

At some point during that very rough time, I bought a bag of candy. This was an unusual occurrence for me because for most of my early life I was not allowed to eat sugary foods, and especially not candy. Once I had that bag of candy in my possession, though, I was obsessed. On that same day, within the course of an hour and with nobody watching me, I ate every last piece. For that brief time, I felt safe and happy. A drive in my brain was turned on that I had never experienced before. I had to eat it all and right now.

Not surprisingly, eating all that sugar in one sitting made me sick. I had a terrible stomach ache that lasted the rest of the day. I knew exactly what had caused it, but that didn’t deter me from wanting more. As soon as I found a way to get access to candy again, I followed the same patterns of sneaking it into my room and settling in for a binge that provided comfort for a fleeting amount of time.

Sadly, I battled binge-eating disorder for about the next two decades. Whenever things evened out in my life, it was a habit that faded into the distance. But, in times of increased family stress or other life events involving change or stress, I turned to binging as my source of comfort. At that time, I didn’t know that my problem had a name, but I was ashamed of the habit and never spoke to anyone about it.

Candy and sugar were always my choice of poison, and my health suffered as a consequence. As I moved from childhood to adolescence, my hormones were unbalanced and I developed signs of polycystic ovarian syndrome (PCOS) in my early teenage years. I never had a normal menstrual cycle and I experienced depression, problems with weight management, and acne. 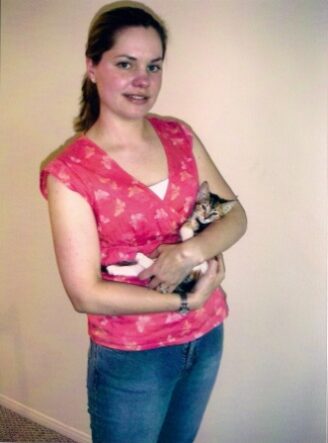 Later, once I was in college, I started hormonal birth control. While the pill helped control the symptoms of PCOS, starting this prescription medication also initiated migraines that later became a chronic problem. My eating habits were still terrible, and that was the age when “fat-free” processed junk was marketed as health food, so my diet consisted of skim milk and sugar cereal, salads with fat-free dressing, a baked potato with fat-free cottage cheese, and giant bowls of fat-free chocolate ice cream.

As my health problems started to add up throughout my 20s, I finally started to make the connections between food and health once I hit my early 30s. The final straw when I realized things had to change was when my family physician suggested I try a daily prescription medication originally created to treat seizures to see if it would help my migraines. I was horrified that this was my fate, and at such a relatively young age. I was also diagnosed with Hashimoto’s thyroiditis, an autoimmune thyroid condition, along with multiple thyroid nodules.

There were further challenges ahead. Around 2010, I discovered veganism and thought that a 100% plant-based diet was the answer to all my problems. This strict approach that excluded all animal products seemed to work well at first. I lost weight and was feeling energetic with no migraines. I built a business creating recipes for the healthy, vegan community.

My thyroid disease took a serious turn in 2012 when I was diagnosed with thyroid cancer. I had surgery to remove the tumor, but had a very hard time adjusting to life without a thyroid gland. I started experiencing symptoms including chronic skin hives, fatigue, depression, and increased food sensitivities. I also became overly vigilant about my food choices and developed a type of eating disorder known as orthorexia. My binge habits returned after several years of remission. I realized the vegan diet was no longer serving my needs.

I wrote a blog post in June of 2014, where I shared with my readers that I was expanding my diet outside of a strict plant-based approach. It took a lot of soul-searching to get myself in the right mental space to admit that I could no longer identify as a vegan. It was a very rough transition that essentially had me starting from scratch in building my identity, community, and business. 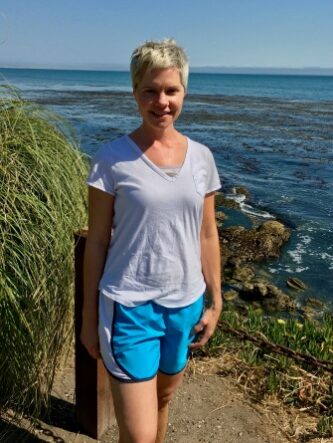 A friend had referred me to Mark’s Daily Apple around this time, and I also got a copy of The Primal Blueprint. So much of what Mark wrote made common sense to me, especially the comparison of Grok to his modern counterpart. It became clear to me that Mark’s work is more inclusive than exclusive, acknowledging that everyone’s needs are different and updating the primal definition as the community and body of evidence around nutritional science evolves.

In just the last 2 years of so, I began working with functional medicine physicians and practitioners who helped me develop a plan to address the root causes of my health problems and figure out the foods that would nourish and sustain me. I also consulted an eating disorders specialist to address some of the unhealthy beliefs I had around food.

Now, fast forward to 2017, I feel like a primal “clean eating” approach is the best description of a flexible, real food way I choose to eat. I enjoy an abundance of colorful, nutrient-rich foods that I find support my health and are absolutely delicious. As a result, my overall inflammation has decreased tremendously and my health issues are much more manageable. The crazy blood sugar swings I used to experience without a balanced approach to my nutrition are 100% gone and I feel satisfied and wonderfully nourished after eating this way. My hormones have restored and balanced out naturally, and I rarely experience bouts of depression or the desire to binge-eat anymore. In fact, I can’t remember the last time I had that urge – it has been at least 3 years.

Finally, I learned my lesson that my ideal diet is much less about perfection or following a strict plan, but doing my best each day to eat foods that nourish and satisfy me. I’m so grateful to Mark and his team for all the education, recipes, produces, and resources that support the primal way of living in the modern world. I am so excited for the Primal Kitchen restaurants! I continue to share gluten- and dairy-free recipes, plus updates on my health journey on my blog, so please visit me there and keep in touch.