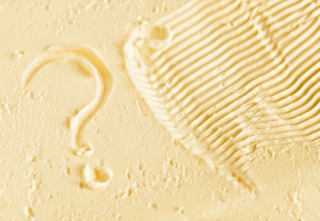 Last week, I wrote about my 16 favorite fats. You had questions. For today’s edition of Dear Mark, I’ll answer some of them. First, I explain why my keto salad recipe didn’t include any dense protein. Second, I explain a few options for steaming heavy cream. Third, I tell where I get my mac nuts. Fourth, I discuss whether you should worry about dioxins in pastured eggs. And fifth, I address the question of dietary fat and fatty liver.

JUST CURIOUS – LOVELY SALAD – BUT NO OTHER PROTEIN SOURCE IS INCLUDED???

Yep. I intentionally left it out of the recipe. About half the time I’ll throw in some hardboiled eggs, a can of sardines or tuna, or some leftover meat, fish, or fowl from the night before, but not always. As I mentioned in the Definitive Guide, dietary protein, along with glucose, is a source of oxaloacetate. It’s the absence of oxaloacetate that inhibits ATP generation via Krebs’ cycle and necessitates ketone production. Too much protein can inhibit ketone production.

That’s not to say you shouldn’t eat protein. Protein can really help curb appetite, retain lean mass during weight loss, and improve physical performance. In fact, most people eating standard diets probably need more. And certain populations, like seniors and the ill and infirm, require more protein than the general population for the same effect.

But people seeking deep ketosis, whether for health reasons or simple curiosity, will often need to eat less protein. That’s what I’m interested in, at least for the time being. Hence the somewhat lower protein intake.

I just learned about Steamed Heavy Cream. Any tips from anyone on the proper way to do that?

If you have an espresso machine, that’s the best way to steam it. Few have one at home.

Heat the cream on the stove, then whisk it furiously. Incorporate as much air as you desire and pour into coffee.

Heat the cream on the stove, then blend. Stick blenders and stand-up blenders both work.

Get a cheap milk frother. Froth away.

Get a better milk frother. Froth even more.

Heavy cream won’t foam up like milk or half-and-half. The bubbles are smaller, denser, and more velvety.

Mark, where do you buy macadamia nuts and what brand are they?

I have a few sources.

These are good from Thrive.

Hawaii Costcos carry an incredible 2-pound (or so) bag of mac nuts. The brand escapes me, but it’s definitely not Mauna Loa or Kirkland. They’re the sweetest ones I’ve ever had. Not sure if they’re roasted or not. Whenever I’m on Maui or Kauai, I make sure to grab at least 5 bags to take home.

I don’t worry much about organic. Mac nuts are a low pesticide nut. Their shells are quite hardy, and most producers are able to grow them without using additional chemicals.

I do stick to raw or dry-roasted mac nuts. Just plain “roasted” usually means “fried in substandard vegetable oil” (that goes for any nut).

I am wondering, I eat quite a lot of eggs every day for my weight (woman, 55 kilograms). I eat about 4 eggs a day (local, pastured), but many sources say that mainly those eggs contain a lot of dioxin because chickens pick the polluted ground. What about the potential negative effects of higher dioxin in your pasture raised (also meats) food? Or is this effect negligible?

They used to think that grass-fed beef had more dioxins due to the cows ingesting more polluted soil. It turns out that the cows they tested were eating out of dioxin-contaminated troughs and had industrial waste mixed in with their feed. The same has been shown to happen with pastured-raised chickens and their eggs—living in contaminated hen houses spikes dioxin levels. Soil dioxin levels matter, but they’re not the only source of dioxins in eggs.

Besides: eggs and other animal foods that may be higher in dioxins possess more of the nutrients that reduce dioxin toxicity.

Vitamin A has been shown to protect against dioxin toxicity; pastured eggs are higher in vitamin A than other eggs.

I don’t think it’s a big deal, but I’m also not one to worry too much about things you can’t really control. What’s the alternative—eating battery-farmed eggs and missing out on higher levels of vitamin E, omega-3s, vitamin A?

Mark, what is your take on what Art De Vany said on the Tim Ferriss in that interview you linked to a couple weeks back? He said paleo folks are eating too much fat, leading directly to fatty liver. He also wondered why they need all that energy. I was surprised to hear that after all the good things I’ve heard about fat from you and others.

Excess fat—fat that exceeds caloric requirements—does increase the chance of fatty liver. But it’s not the fat, specifically. It’s the excess. A recent study out of China found that the best predictors of non-alcoholic fatty liver were diets “higher in energy, protein, fat, saturated fatty acid (SFA), and polyunsaturated fatty acid (PUFA).” After adjusting for BMI and age, the best predictor was high “total energy intake.” In other words, people who ate a ton of just about everything were more likely to have fatty livers.

It can’t be the fat alone. De novo lipogenesis—the process by which carbs are converted into fat—plays an important and causative role in the development of non-alcoholic fatty liver disease.

And most significantly, the studies are quite clear that the best way to lose liver fat is to go low-carb, high-fat. You don’t have to do it that way. It’s just the way that the most people seem to find the most tolerable and sustainable.

A Spanish ketogenic diet (keto with wine, basically) cured people of the metabolic syndrome and improved health markers of non-alcoholic fatty liver disease, with over 92% of subjects improving their liver health and 21% resolving it entirely.

Note that just because these were “high-fat” diets doesn’t mean they were eating “loads” of fat. Seeing as how they lost weight, they were most likely reducing calories overall. That’s just how low-carb, high-fat, ketogenic diets pan out. You inadvertently eat less. It’s how they work.

That’s it for today, folks. Thanks for reading.