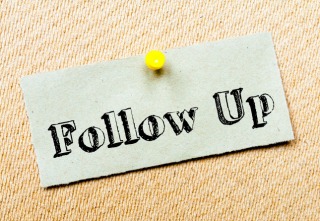 For today’s edition of Dear Mark, I’m answering questions from the comment section of last week’s fasting post. You guys brought up some great points, and I’ll be addressing some of them. First up, do you need to follow a vegan diet to maintain the health benefits of long fasts? Second, I give a tip or two for appetite suppression during the fast. Then I discuss my definition of a long fast, the potential effect of fasting on gut bacteria (and whether we should consume prebiotics and probiotics while fasting), the reason why fasting makes some people have short fuses, and whether green tea k0mbucha breaks the fast.

Mark–For the autoimmune case reports, you failed to mention that the patients preceded and followed the fast with a vegan diet, and that the authors conclude the paper by saying a vegan diet appears to be necessary to sustain the results.

Good catch, Margaret. I saw that, knew someone would mention it, and decided to address the inevitable query in a Dear Mark rather than drag it out in the middle of a post.

For one, these are case studies, and case studies notoriously lack the ability to imply causality or make conclusions. They are rigorously-recorded anecdotes containing a seed of a hypothesis for further, more serious study. So even though all the subjects followed a vegan diet, and the authors opine that such diets are necessary for long-term maintenance, we don’t have anything to compare it to. The same applies to the long fast, of course—the case studies can’t establish whether the fasts are actually responsible for the improvements.

Why not be all three?

Unless the contention is that the recommendations for adequate intake of vitamin D, vitamin B2, vitamin B12, protein, zinc, iodine, calcium, and selenium don’t apply to patients with autoimmune disease….

For rheumatoid arthritis—the autoimmune disease featured most prominently among the case studies—removing gluten might be the crucial piece of these plant-based diets. A gluten-free vegetarian diet improved symptoms in RA patients, for example, and another gluten-free vegan diet reduced symptoms and improved biomarkers in RA patients. As immunoreactivity to dietary allergens reduced, so did RA symptoms.

Could you get the same results by keeping the gluten out and adding some wild caught salmon and pastured eggs to go with your “vegan” diet? I think so, and I hope we find out for sure some day.

Coffee is a good appetite suppressant. The literature is mixed, but caffeine seems to reduce food intake, probably due to increased lipolysis. With more body fat available for burning, you have less desire for food.

Staying active might be the best, though. Not active as in hiking the Appalachian trail or taking CrossFit classes. Active as in busy. Engaged. Walking, working, reading, creating, gardening. Keep mind and body busy, and your thoughts will be less likely to stray toward boredom-induced hunger.

What is considered a long fast. My usual is 36-45ish, that still be considered short?

In my book, a long fast lasts at least three days. But even two days is “long” for most people. Heck, skipping lunch is absolutely bonkers these days.

What’s the impact of extended fasting on gut flora (the microbiome)? Those lifeforms are obviously going to be stressed, perhaps to net benefit, but that would be conjecture.

And if there are hazards there, could they be mitigated by supplementing with probiotics and daily non-caloric prebiotic fiber to keep the critters happy?

Fasts can be good for us. Maybe a fast is good for those tiny guys living in your gut, too. They’ve co-evolved with humans, relying on us for food. We don’t always get food, so they must be adapted to occasional bouts of not getting any either. They may also be adapted to our current practice of perpetual snacking, given that bacterial generations can be as short as 20 minutes and evolution happens rapidly. (Although since bacterial generations can be as short as 15-20 minutes, perhaps they’ve adapted to the grazing.)

Also, many species of gut bacteria feed on mucin produced by the gut lining. This isn’t sustainable in perpetuity, as mucin maintains the integrity of the gut lining, but there’s no problem for a few days. They’re equipped for it. A 2015 study on “fasting”—mostly fasting with some low-calorie soups and juices—found big increases in mucin-degrading bacteria.

I’ve used a three days fast to clear up some pretty bad stomach issues. Whenever my dogs have diarrhea, I fast them for least a whole day and it always clears up. If “lack of diarrhea” indicates good gut health, I’d say fasting has a neutral or beneficial effect—at least if there’s an existing problem.

Hold off on the probiotics and prebiotics until you’re back. It probably wouldn’t hurt, but I’m interested in fasting the bugs, too.

One thing worth considering with longer fasts is the effect (or possible effect) on mood/personality… I saw Rachel Hunter (on her tv series Tour of Beauty) do a week or 2 fast and she admitted that she got very angry/aggressive/ easily annoyed etc… However she wasn’t primal/paleo to begin with so maybe someone who is already a fat-burning-beast wouldn’t have such side effects, and it was a “TV Series” so I’m not sure how much faith we can put in that, but she did seem genuinely irritable (maybe try meditation, yoga etc when doing longer faster for your family’s sake ?

That’s certainly possible, but I find—and the research backs this up—longer fasts imbue me with euphoria. It’s tough to get angry when the mundane suddenly seems profound. The most likely explanation is exactly your instinct: She wasn’t an effective fat burner. Fat-burners hit the ground running. They can tap into their fat stores and avoid the worst of it. Sugar-burners will go through major withdrawals and deal with a terrible case of low-carb flu.

My question is about the use of green tea Kombucha during an extended fast – would this be something you recommend as I have been using it for a while now and love it…?

Sure. As long as the kombucha culture has digested the majority of the sugar, and there’s not enough residual sugar to break your fast, it should be fine.

The green tea component of the kombucha could actually be really helpful. One study found that green tea protects against the fasting-induced damage to the intestinal lining during a 3-day fast.