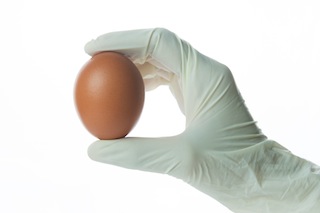 For today’s edition of Dear Mark, we’ve got a two-parter. First up is a question about a sensitive subject: the collective Primal love of all things egg. They form the backbone of millions of breakfasts across the ancestral health community on a daily basis, but David wonders if they might be contributing to colorectal carcinogenesis. There are a few studies that appear to suggest a connection; should we worry? After that, I discuss the effects of softened water on human health. Is it safe? Is it healthy? Read on to find out.

So I was eating close to a dozen egg whites (maybe 1-2 whole eggs) a day for a few weeks up until yesterday (10/13) when I came across an article on the alkaline diet which prompted me to look at some studies about egg consumption (including just egg whites). These studies were negative and not just because of the high cholesterol argument but because of colon and rectal issues. I never heard this before but the study is from the 90’s and well known. Wtf!? What is your position on egg consumption?

I’ve seen those egg/colon cancer studies, and they’re almost always referring to data pulled from ecological studies. An ecological study looks at large populations defined temporally or geographically. In this case, the populations were geographically-defined – they plotted the colon cancer deaths in each country against the average egg intake of that country (using a total of 34 nations, even though data was available for more). Sure enough, the more eggs a country consumed, the more colon cancer mortality they had. So, swear off eggs forever?

I’m not convinced we need to do that.

First, this is just an observational study. It’s an observation of a correlation, an association. It cannot prove causality. To do that, you’d have to propose a mechanism for the association. Here’s one mechanism, though it’s probably not the one the researchers would have chosen: rising income.

Second, colon cancer mortality is important, no doubt. I don’t want to die from it, and I gather neither do any of you. However, I also don’t want to die from any other degenerative disease like heart disease, diabetes, stroke, or any of the other cancers. And as Paul Jaminet elegantly displays, when you plot egg consumption against the ultimate barometer – all-cause mortality – in those same countries, the association is inverse; the greater the egg consumption, the lower the risk of all-cause mortality. Again, this is just epidemiology and not proof of causation, but it’s equally as valid as the colon cancer/egg epidemiology.

But let’s not be hasty. This is our health we’re talking about, and we shouldn’t dismiss evidence. Assuming the association actually is causative, what could explain it? Is there anything we should pay attention to when eating or choosing eggs?

If eggs are causing colorectal cancers, it probably has something to do with the cholesterol oxides – the oxidation products that form when egg yolks encounter high heat or oxygen and which have been implicated in carcinogenesis. For example, in rats, a high cholesterol diet only promotes colon cancer when combined with an oxidizing agent that, well, oxidizes the cholesterol.

When it comes to preventing cholesterol oxidation, quality of the eggs matters – a lot. I’ve always felt that when deciding where to spend your money on food, aiming for high-quality animal foods (whether butter or beef or eggs or fish) is more important than buying organic lettuce for eight bucks a pound. And we have research showing the huge disparity in quality between pastured eggs and battery farm-raised eggs that could have meaningful differences on the effects the eggs you eat have on colorectal cancer risk.

How you cook the egg matters, too, just as how you cook your meat matters. Full-on hard boiling your egg (till the yolk turns chalky) dramatically increases lipid oxidation, even more than scrambling them. If you plan on eating lots of eggs, you’d be better off keeping the yolks softer rather than harder. I’ll sometimes even toss in a raw yolk or two into a smoothie. As long as you’re getting eggs from a trusted source, the risk of food poisoning is minute. Besides, everyone knows that soft-boiled eggs are far superior to hard-boiled eggs.

Check out my egg guide for more guidance on handling this incredible food.

I’ve looked up and down the internet, and can’t seem to get a straight answer anywhere about the health effects of drinking softened water. All the water softener companies want to assure me that is the best thing since sliced bread, while an assortment of other sites insist it will kill me in a variety of unpleasant ways. Have you done any poking around on this issue?

The biggest downside, though? Softening water means removing the minerals that are supposed to be there, minerals like calcium, magnesium, and bicarbonate that our bodies need to function. It’s likely that we’ve evolved drinking hard water. Most natural bodies of water, including the rivers, streams, and springs from which humans have historically quenched their thirst, contain hard water rich in these minerals. And a decent amount of epidemiological evidence points toward it being a factor in human health. A small sampling:

If your house has softened water and you’d prefer to drink a harder water, consider these options:

Also, make sure your diet is otherwise rich in minerals. To replace the lost calcium, magnesium, and other minerals, eat leafy greens like spinach, chard, and kale; bony fish like sardines and herring; high-quality grass-fed dairy like kefir, aged cheeses, and yogurt; and nuts like almonds, brazil nuts, and macadamias.

That’s it for this week, folks. Thanks for reading and be sure to leave your thoughts below.