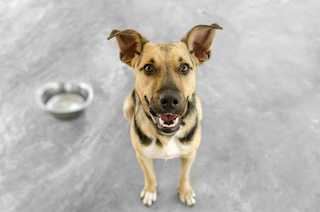 For today’s edition of Dear Mark, I’m answering two questions. First, what’s the deal with adult humans drinking human breast milk? It appears to be a bit of a “movement,” but does it make nutritional sense? Does breast milk offer any unique benefits to grown humans? Then, I answer a reader question about giving coconut oil to dogs and followup with a wider discussion of potentially beneficial supplemental foods for our furry best friends.

After discovering paleo/primal about 4 yrs ago, and going through two rounds of Whole30, I’ve managed to get myself from a place of constant, excruciating discomfort, to a place of intermittent mild-to-medium discomfort digestively. I have gluten/dairy/corn/grain intolerances, and seem to have recently developed a problem with seed oils on the rare occasion that I do eat them. I’m strictly gluten free, but I do end up eating dairy occasionally, and grains like rice maybe 2x/month.

I’ve heard that some people in the paleo/primal community drink breast milk for athletic performance. I have no interest in that, but I was wondering if there is any research that suggests that all the probiotics, enzymes, and other good stuff in breast milk might help heal a leaky gut. If so, what would be the minimum amount a 150lb adult would have to drink for it to be effective?

I’m currently nursing my 7-month-old, so I have easy access to free milk, but I’m more interested in saving it for him if it won’t do me any good.

Some people seem to dig it.

Legend has it that George Bernard Shaw, Irish playwright and famous vegetarian who almost made it to a hundred, drank breast milk every day.

Some wealthy Chinese apparently pay upwards of $4000 a month for exclusive access to a wet nurse.

CrossFitters have been known to get down on their lactating wives’ excess milk, or pay top dollar for someone else’s.

There’s no research into the effects of breast milk on adults. Kids who are breastfed do have healthier guts and better immune systems than kids who weren’t, but those results won’t necessarily apply to adults who quaff the stuff well after their guts have matured. Indeed, part of the reason why breast milk is so effective at establishing immunity in infants is the porosity of the infant gut. By design, babies are born with leaky guts to maximize nutrient absorption and enable their immune systems to be exposed in a controlled manner to various compounds. Breast milk—and the rich colostrum that mothers produce in the first few days postpartum—represents a blast of nutrients for an infant just getting started in life. It’s all they can handle. It’s exactly what they need. And it helps them develop a healthy gut lining teeming with beneficial microbes.

You? It can’t hurt. I see no conceivable reason (disease-free) breast milk will harm an adult. And perhaps given the admittedly suboptimal state of your gut, you can benefit from the bioavailable nutrients, many of which are absent in most adult diets and unique to breast milk. I will say that drinking your own milk just seems redundant.

Something to look into is bovine colostrum. Colostrum is the rich, nutrient-dense, calorie-rich “first milk” mammal moms make for their babies, and for adult humans is better studied than human milk.

I’d say that’s worth a shot. Save the milk (get a good freezer) and try the colostrum.

What’s your input on coconut oil as a nutritional ingredient to add in a dog’s raw diet?

It’s good. There’s a fair bit of research on coconut oil in dogs, believe it or not.

In August of 2015, researchers found that dog food with a coconut oil supplement (plus certain nutrients like carnitine, lipoic acid, lysine, leucine, and fiber) reduced body weight, body fat, and increased lean mass when compared to an isocaloric regular dog food. Same thing happened in cats, for what it’s worth.

While we’re on the subject of dog supplementation, what else is worth considering?

Fish oil or fatty fish: Fish oil increases adiponectin in dogs, may allow dogs with arthritis to reduce their NSAID use,  However, given that some adverse effects have been noted, perhaps due to poor quality fish oils, the safest and likely most beneficial way to incorporate fish oil is through the feeding of actual fish. Whole, raw frozen sardines make for great snacks. During salmon season, buy wild salmon heads but be sure to follow the protocol for killing any parasites which pose danger to dogs.

Red palm oil: Dogs need vitamin E, and supplemental vitamin E can be very therapeutic for them. Wild animal flesh and fat is rich in vitamin E, thanks to all the nutrient-dense vegetation they feed on, but neither dog nor human eat wild game much anymore. The very best source of vitamin E available to man or beast is red palm oil. Head on down to the local West African market and buy the reddest (ethically produced) palm oil you can find.

Egg yolks: In an old study (PDF), raw egg yolks and egg yolk protein produced the most growth per gram of protein in young pups, beating out casein, gluten, beef muscle, and egg white. If you really love your dogs, you’ll give them each a yolk a day. What I like to do with my dogs is remove the white and toss the whole yolk to them like you would a dry treat. It’s by far their favorite snack.

Heck, colostrum might be worth trying in dogs, too. It improves their immune response and results in a richer gut biome.

That’s it for today, everyone. Thanks for reading and be sure to chime in down below. Dog owners, breast milk fans: I want to hear from you!