Does Carb Cycling Work? It Depends. 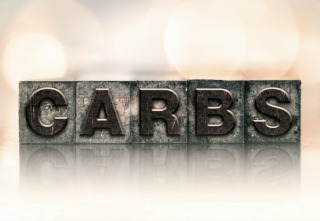 Keto may not be for everyone, and low-carb is not the only way to eat well, but most would agree that people in the modern world tend to eat way too many carbohydrates—far more than their lifestyles and activity levels warrant. Along with some other big factors, excessive intake of refined carbohydrates is a major player in the modern epidemics of obesity, diabetes, heart disease, and other disorders. This is no longer controversial. Reducing carbs is a good move for most folks.

The majority of my readers are on some kind of low carb diet. Maybe they’re not fully keto. But they all tend to acknowledge the utility of limiting one’s carbs to only those they need. One of the more common questions I receive from this group concerns carb cycling—periodically adding more carbs to an otherwise low-carb diet.

Should it be done? If so, do certain contexts make carb cycling work better or worse?

Let’s have a discussion.

The main reason people here want to introduce additional carbs to their regularly scheduled keto or low carb diets is for the supposed performance benefits. Fat and ketones are great for slower, less intense movements like hiking, jogging, and other endurance activities, the story goes, but you really need glycogen to power intense, anaerobically-demanding pursuits like CrossFit and sprints and powerlifting. Since carbs are the easiest way to replenish muscle glycogen, low-carbers who care about their physical performance need to eat carbs. That’s the conventional wisdom, at least.

Enter the cyclical ketogenic diet, a regimen that promises to let you have your cake (of varying macronutrient ratios depending on whether it’s refeed day) and eat it too. Reap the benefits of keto—improved fat-burning capacity, increased endurance, boundless energy, caloric efficiency, clear-headed cognition—and of carbohydrates—increased power output, fully-stocked glycogen reserves—with none of the downsides.

Formal research is quite limited at the moment. What we have suggests that certain forms of cyclical ketogenic dieting are unnecessary at best and counterproductive at worst.

One recent study actually tested this, pitting ketogenic dieters against cyclical ketogenic dieters for fat loss and exercise performance. The keto dieters stuck to a typical keto diet for the 8 weeks—75% fat, 20% protein, 5% carbs. The cyclical keto dieters were keto 5 days a week and spent 2 days refeeding on carbs. Throughout the study, both groups lifted weights 3 times a week and did high intensity interval training (HIIT) twice a week. When the 8 weeks were up, they ran some body composition and performance tests.

There were no differences in performance. All those carbs—16 days of carb refeeds—weren’t enough to help the cyclical keto dieters perform any better in the gym than the keto dieters. And this was strength training and HIIT, which are supposed to require carbs for optimal performance.

I see a lot wrong with the 2-day refeed approach. For one, these subjects were trying to adapt to keto. They weren’t experienced. Right off the bat, that’s a lot of time to be gorging on carbs while ostensibly trying to become keto-adapted. Hard to make good adaptations when you’re doing 2 days of high carb every week. One step forward, two steps back.

They also did a followup with the same groups where they reintroduced carbs in two ways. One group slowly introduced carbs, little by little, eating 1 grams per kilogram of bodyweight per day. The other group just went whole hog, eating 3 grams of carbs per kilogram of bodyweight each day. The former group gained little to no fat, and was even able to put on lean mass. The whole hog group gained more fat and failed to gain lean mass. To me, this supports the notion of small targeted doses of carbs when refeeding, rather than massive binges.

Other studies find that for strength training—basic moderate volume lifting—keto is great. You need some initial glycogen to help with the lifts, but you don’t need to constantly refill it. Besides, and many people forget this, you still have glycogen on keto. You still refill it on keto, just more slowly. Doing something like CrossFit four days a week probably works better with some carbs because it’s so glycogen-dependent and you’ll need quicker repletion. Yet, even CrossFit WODs are doable on keto, provided you give your body enough time in between sessions to recover.

What about gains? Don’t we need carbs to build muscle? Studies show that the insulinogenic effect of protein alone is adequate for post-workout muscle protein synthesis. Adding carbs doesn’t augment the effect. And research on full-blown ketogenic trainees shows they can effectively gain muscle.

Another reason people wonder about carb-cycling is to overcome fat loss plateaus. There’s some truth to this, as I discussed several years ago in a post on carb refeeds and weight loss.

But as the previous study shows, carb refeeds won’t improve your body composition (they’ll actually worsen it) unless you’re already fat-adapted. I’d go one further and say carb refeeds won’t help you lose fat unless you’re fairly lean. They’re better for the person battling those last few stubborn pounds than they are for the obese person just beginning their weight loss journey.

If you still want to carb cycle, heed these suggestions:

Few people truly need to carb cycle. It can be helpful for certain situations, provided you satisfy the criteria outlined above, but don’t think it’s a requirement for healthy dieting.

It’s nice to have options, though. Hopefully after today’s post you know what your options actually are.

Thanks for reading, everyone. Take care, and be sure to leave your thoughts and reactions down below.