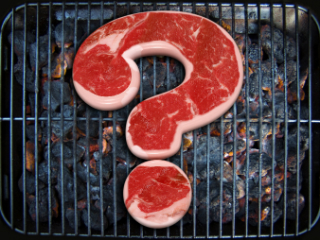 For today’s edition of Dear Mark, I’m talking about a new rodent study has just been released that seems to identify the general low-carbish, Primal-ish way of eating as bad for GI tract health. I know, I know. It seems odd, especially since so many people get relief from digestive disorders, inflammatory bowels, and irritable guts after ditching grains and eating more animals and plants. I’ve certainly benefited from going Primal, having spent decades of my life being ruled by IBS to enjoying pristine bowel health the last decade and counting. But what do I and millions of others know?

Let’s dig into it.

Have you seen this latest study? A high protein diet gave rats colon cancer. At first glance, it seem pretty scary and damning of a high protein eating style. Can you take a look at it?

You didn’t make this mistake, Carl, but others have asked me about this paper, and before I get started I want to reiterate that it’s not actually testing a low-carb, high-fat diet. It’s an explicitly high-protein diet.

They didn’t actually get cancer, but the high-protein diet did increase many of the traditional colon cancer risk factors. It didn’t look good for them. How does it look for you?

Where’d the macros come from? Let’s go through them one by one.

Carbs came from a mix of wheat starch, sucrose, and amylodextrin (basically glucose).

The rest of the diet came from isolated vitamins, minerals, and amino acids. All in all, this was a highly refined diet. Normally, that’d be an issue as refined diets beget bad results, but both diets were equally refined. So what’s going on here?

Five issues jump out at me.

So, is casein all bad?

No. Eaten in food form as part of an overall healthy diet, casein should be fine.

There’s the fermentation of casein by lactobacillus bacteria (as seen in yogurt and cheese-making) imbuing it with antiproliferative properties in human colon cancer cells.

There’s the latest meta-analysis which found no relationship between cheese consumption (the richest source of casein) and colon cancer, as well as a protective effect of non-fermented dairy. Earlier studies say the same thing.

If you’re obtaining all your protein from isolated casein, stop doing that. Also, don’t only eat cheese. Cheese is amazing stuff, I know.

Don’t eat a 45% protein diet, regardless of the source. The occasional day where you binge on steak? Sure. But eating like that for perpetuity is probably a bad idea.

Thanks for reading, everyone. I hope today’s post helped.