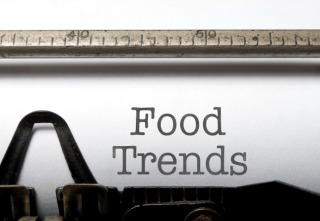 As the calendar draws toward the close of another year, I’m inclined to take stock of where the Primal vision stands. Are people slowly warming to the idea of Primal eating (and living), or are we merely seeing inconsequential, lateral shifts within the same old confines of conventional grain-based, saturated fat-averse, dietary “wisdom”?

All right, all right. It’s fair to say that, without examining the numbers, the majority of people are still stuck in their same detrimental ways. But are the cracks in CW I noted a few years ago deepening and expanding? If we look closely enough, could there be a bit of whole-food common sense shining in there? Or is it just some refracted marketing gloss that catches the right angle from time to time? Or just wishful, starry-eyed delusion?

All good questions with their own claim on truth. Still, are there any substantive takeaways from 2016? And how are things shaping up for the next year at that? Let’s take a brief look.

Last month, Google released its report on 2016 Food Trends. (PDF) With its window into public curiosity, it gives us a refreshing take on how the (Internet-connected) world views food, highlighting popular interests rather than dietitian recommendations. And while I’m always a little hesitant to jump into the brain of your average calorie-counting consumer, it’s useful to get an overall idea of what people are thinking with regards to food.

For one, it appears “gluten-free” is dropping in the charts. With Google reporting a decline in searches for “Gluten Free Cupcakes” and “Wheat Free Bread,” it appears that perhaps the average Joe/Jane has lost interest—at least in non-gluten bake goods. (Somehow I’m not too optimistic that they’re being replaced with the likes of Primal stew and Big A$$ salads.)

There was also a significant decline in interest for classic “healthy” examples of kale chips, quinoa, and agave nectar (sorry, there’s no such thing as guilt-free).

But enough of the “has-beens”…. What about the up-and-comings of the great Google food query?

It appears that the world’s love affair with pasta, bread and rice continues to flourish. Of the 7 Sustained Risers of the 2016 Google food search, 3 fit the pasta category (ramen, rigatoni and linguine), 2 relate to wheat and baked goods (empanadas, bundt cakes), and 1 was a rice-heavy (but admittedly delicious) Korean dish (bibimbap). I have to say that, minus the bibimbap, I’m a little disappointed.

Uncured bacon was a slightly promising trend. I wouldn’t have put that at the top of the concern list, but maybe beggars can’t be choosers.

Still, credit to Internet searchers everywhere, there were some genuine bright spots. According to Google, the new rising stars of the food world include turmeric, jackfruit and cauliflower rice. I’ve shared my thoughts on turmeric recently. I hear jackfruit is a superfood contender—and a sustainable food source to boot. Cauliflower rice has long been a staple for many in the Primal/paleo and low-carb crowds.

So, a few wins here, and a few losses there. I like to think that we all got something out of the trendy gluten-free stint though. While searches might be down, I don’t think there’s any going back to total denial at this point. And from where I’m sitting, the market has been changed by gluten-free “fadism”—for the better. (Just don’t fall for the gluten-free sugar.)

Despite some of the aforementioned dietary pivoting, Americans will plunge into 2017 with a bit more food know-how under their belts. While the “gluten-free” movement may appear to be losing some steam, there’s undeniably a growing recognition of food as medicine.

The final query in that grouping was “health food stores near me,” suggesting that more people are actively seeking out sources for nutrient-dense, minimally-processed foods. Who knows? Maybe a few of them stumbled on Thrive…or PRIMAL KITCHEN™ in the process.

This newfound food research fanaticism may or may not guide people towards a more Primal way of eating. To get a glimpse of the not too distant edible future, I’ve skimmed some of the more notable predictions for 2017 floating around the net. Here’s a small taste:

Plant-based protein will be all the rage.

Apparently 2016 was the International Year of Pulses. Who knew? It certainly did see a return of the legume back to the kitchen table—even among the Primal and paleo circles. Personally, I’ve got no beef with legumes. I’ll throw them in for taste and texture sometimes. That said, I wouldn’t ever depend on them for my protein base. Sure, there’s nutrition there, in some more than others, but let’s be honest, too—the carb count hasn’t changed.

Brace yourself for an onslaught of beans in the coming months, people.

At last, a prediction to truly get excited about! After a casual 4-plus decades of hating on fat of any kind, the U.S. Dietary Guidelines Advisory Committee has grudgingly admitted that certain fatty foods may in fact not be the devil incarnate. Avocado, almonds and salmon all get the thumbs-up from these dietary sticklers, which may herald a new golden age for the fat-starved masses. Grok’s nodding in approval.

But don’t be fooled: most dietary bigwigs are still convinced that fat is the enemy. A skim (pun intended) through the 2015 Dietary Guidelines reveals  an immovability with regard to saturated fats, and I don’t think a year has done much to budge them. Note that we’re still getting the same old recommendations for “fat-free or low-fat dairy, including milk, yogurt, cheese, and/or fortified soy beverages.” Here I was thinking we’d finally hit a home run.

Progress: We’ll take it where we can get it.

Despite the apparent dietary see-sawing, maybe it’s not too much to suggest there’s less disagreement when it comes to what constitutes healthy eating. Those who are willing to do the research agree that low/moderate carbs and high fat are good, as long as it’s healthy fat. The rising stars of 2016 showed that nutrient density is quickly becoming a benchmark for healthy eating, along with the growing notion that maybe eating so much sugar isn’t the best decision ever.

If ancestral logic isn’t getting the credit, it’s perhaps because we remain uncomfortable looking to our uncivilized past for direction. As a tech-savvy consumer society, most people prefer to believe sources for dietary wisdom are situated in cutting edge science rather than innate sense. We’re more inclined to trust “progress” than history.

Still, if popular interests and, brace yourselves, conventional wisdom are indeed inching toward ancestral principles (even as they disown them by name), the overall direction perhaps creates new entry points for more folks to discover a larger picture of health in the Primal Blueprint or paleo models.

And, btw, let’s not overcomplicate things.

All said, it’s refreshing to see an increase in people actually showing some degree of consciousness regarding the ingredients in their food. Yet, it’s also frustrating to discover that most people still believe being healthy is hard. Among the commentary and observations offered with the report is the notion that “to eat healthy, you have to pay a lot of attention.” To me, we walk a fine line with these kinds of statements and may actually deter people from trying to get healthy in the first place.

People think that eating healthy is complicated, that the rules change all the time, and the mainstream media chronically perpetuates this misconception.

That’s the beauty of ancestral logic. The Primal Blueprint diet is, at its core, very simple. Healthy fats, fresh produce, high-quality meats. It’s not rocket science, and that’s why it works. Perhaps 2017 will see a continuing shift towards dietary simplicity. For the sake of public health, I certainly hope so. I’m ready to do my part.

Thanks for stopping by everyone. Is there anything food-related that’s made a big difference to your life in 2016? What are your predictions for popular food trends in 2017?

Happy holidays, and I’ll see you in the new year!