Dear Mark: Diet for Alzheimer’s, and the Role of Competitiveness in Modern Life 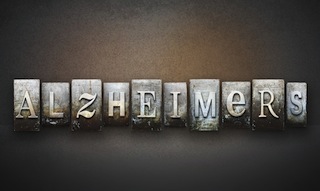 For today’s edition of Dear Mark, we’ve got just two questions, but they’re meaty ones. The first concerns a new study seeming to claim that all the foods we hold dear on the Primal eating plan — or at least a big portion of them — cause Alzheimer’s disease. Could it be true, or is the study, which is an epidemiological massage of existing data, maybe not quite so definitive as that? Also, what if we had a study showing that exact opposite: that following a Primal lifestyle (not just diet) could actually reverse Alzheimer’s-associated cognitive decline? Then, I discuss the role of competitiveness in life. Having been a top endurance athlete, I know a little bit about the subject. What does it mean these days, though?

I am a almost 67 year old man who has been following the primal eating and exercise plan for over a year. I have lost around 20 lbs in that time.

I am happy with my fitness and appearance.

In the press today a diet was published which allegedly can protect a person from Alzheimer’s. This diet is pretty much the opposite of Primal. Should I be worried?

In the “unhealthy” category, we see:

If this were a dietary intervention study, I’d look a little harder at the diet. If the researchers had actually placed one group on the MIND diet and one on a normal diet, tracked them for twenty years, and noted the differences in Alzheimer’s disease rates, this would be a huge paper. But they didn’t do that. They analyzed what people in an existing data set were already eating. Which is fine, but it’s not the final word.

Whenever you look at these studies showing a particular food is associated with a particular disease state, you must remember the “healthy user effect.” The powers that be have proclaimed butter and beef to be supreme dietary evils, and those associations are etched into our collective subconscious. Because we’ve all grown up in a society where people “know” that “butter and red meat are terrible for you,” actual people who flout those rules tend to be careless eaters and lead generally unhealthy lives. They enjoy their beef and butter between two fried slices of white bread with a side of cigarette smoke and four hours of television. The closest they get to two servings of vegetables a day is fries and ketchup.

Conversely, the folks who eat the whole grains, the beans, the nuts, and other “universally-accepted as healthy” foods do other healthy things like exercise regularly, visit the outdoors, and never smoke. They usually reside in a higher socioeconomic bracket, which might be the healthiest lifestyle factor of all. And when researchers removed from analysis those people who changed their diets midway through the study to a “healthier” pattern, the association between MIND and protection from Alzheimer’s strengthened. If the MIND diet was primarily responsible for the favorable outcomes, switching to it from an unhealthier diet should have conferred greater protection, but only those who ate healthy from the start — the true healthy users — had significant protection. You have to wonder what other differences exist between lifelong MIND dieters and people who switched to MIND dietary patterns after a doctor recommended they do so.

The exclusion of red meat and butter do jump out at you. I get that. Aren’t they two foods that we lionize in the Primal Blueprint? Sorta. But we emphasize them so much because we’re opposing a paradigm that vilifies them and we must speak louder to be heard. And if you compare the two diets above, I’d actually suggest that the “brain-healthy” food groups are more Primal than not. I don’t know about you, but I eat leafy greens, other vegetables, berries, nuts, fish, poultry, and EVOO just about every single day. Wine, not as often lately, but I used to have a glass daily. In fact, those foods are just as crucial to a successful Primal eating plan (if not more so) as grass-fed beef and butter.

Besides, we do have a set of ten dietary and lifestyle intervention case studies where the diet and lifestyle look very familiar. This intervention was designed for reversal of Alzheimer’s-related cognitive decline, rather than prevention, but take a look at the main points:

That’s crazy talk! Eat a low-grain, low-glycemic (which usually, but not always, means lowish-carb) diet? Go a little hungry sometimes? Manage your stress? Get enough sleep and exercise? Use your brain on a regular basis? Use smart supplementation of key nutrients missing from your normal diet? Feed your gut flora and take probiotics when needed? Eat colorful produce? Recognize that hormones affect and effectively control health? Seafood is healthy and important for brain function? Mind your mitochondria? Keep inflammation at bay? Medium chain triglycerides can have special effects on the brain?

What kind of a fool would think making these modifications to one’s diet and lifestyle would make a difference to cognitive function, especially in the context of Alzheimer’s disease? Dale Bredesen, the MD responsible for these ten patients and the author of the case studies, for one. Nine out of ten subjects who entered the intervention program displayed subjective and/or objective improvements in cognitive function. Of the six subjects who’d been previously forced to stop working due to loss of function, all six were able to return to work after the intervention.

I want to reiterate: I’m not ruling out beef and butter playing a role in Alzheimer’s pathogenesis, at least in certain genetically susceptible individuals. Maybe going Primal gives you Alzheimer’s then somehow reverses it. That’d be odd, but who knows?

Also, the case studies are just that: a group of case studies. They’re also not the final word, but they do start the conversation. To confirm that the dietary and lifestyle interventions actually do reverse cognitive decline, we’d need trials with larger cohorts. And that would get very expensive very quickly due to the complexity of the interventions.

If you’re still worried, Peter, don’t be. Look at the MIND diet, the cognitive decline intervention guidelines, and the Primal Blueprint Laws and notice the commonalities. All eliminate junk food, sweets, and deep fried food, the worst offenders in any diet. All emphasize low-carb colorful berries, vegetables, healthy oils, seafood, and nuts. Then, notice that the latter two emphasize far more than just diet. I guess if there’s one takeaway from all this it’s that diet isn’t enough. You can’t just eat Primal and get away scot free. To get the full benefits, you really have to embrace the entire lifestyle — or as much as you can integrate.

Would you be willing to discuss the topic of competitiveness? I guess it’s fairly obvious where the trait comes from considering survival of the fittest and all. But since most of us reading this blog have our basic needs met, what role should competitiveness play in the life of a Primal adult?

Thanks man. Your stuff knocks me out 🙂

Hey, Lauren, thanks for the kind words. That really means a lot to me.

A competitive spirit has its good and bad sides.

I’m a natural competitor, a real type A personality. That’s what drove me to compete in the marathon and then, when I couldn’t do that anymore, triathlon for so many years despite my body giving up on me and my quality of life in tatters: I always wanted to beat the other guys. I wanted to be the best. And not necessarily a better me, but a “better than him.” You need that competitive drive to block the pain, or endure it when you can’t block it out anymore. Your desire, your need to beat the competition has to outweigh the subjective discomfort. It’s the only way to succeed in an intrinsically unpleasant event like the marathon or Ironman. It helped me win races and improve performance (good) but it also made me push past my body’s breaking point and ultimately burned me out on the sport (bad).

And of course, I can’t turn it off even if I’m no longer competing in an official capacity. My weekly Ultimate Frisbee games are friendly, but I take them really seriously and find the vociferousness with which I bump opponents’ shoulders has an inverse relationship to the scoring margin.

For the average person, having competitiveness can act as a reminder that you’re still kicking. That you still care about improving yourself and performing well at whatever it is you do. What you do doesn’t really matter as long as you can improve and maybe measure your performance against others. It could be work, or rec league basketball, or strength training, or art. Whatever works and makes you feel alive.

Just try to keep the competition friendly. Don’t give up or relent or anything like that, mind you. Just don’t let your emotions take over and make you do something you’ll regret later. Be courteous and kind toward the competition even as you attempt to be better than it. This type of friendly competitiveness continues to serve me in my business. I’m not just trying to outdo my own accomplishments, I’m trying to produce the best blog, books, supplements, and so on, that are available. That’s what you have to do to be good. Of course, many of the people I’m “up against” are my friends and colleagues. And they’re doing the same with me. Even as we help each other out and provide support and resources, we’re still engaged in friendly competition.

That’s it for today, everyone.

Are you worried about the first Alzheimer’s study? Motivated by the second? What role does competitiveness play in your modern life?

Let’s hear down below and thanks for reading!