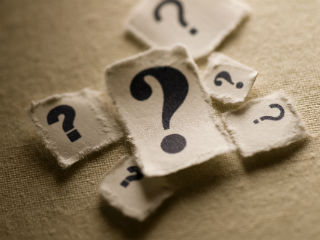 For today’s edition of Dear Mark, I’m answering three questions that at first glance appear to cast doubt on some of the founding tenets of the Primal Blueprint. First, did a recent study show that low-carb dieting is no better—and perhaps worse—than low-fat dieting at helping you lose body fat? The second is a two-parter: are we hypocrites for “ignoring” the insulinogenic effects of protein, and does a paleo diet actually abolish the beneficial effects of CrossFit?  And third, a new study found evidence of cereal grain consumption in a group of European hunter-gatherers. What gives?

I am a long time follower of your site, and have been eating some sort of “primal blueprint-ish” for roughly 10 years. This lifestyle suits me, I am effortlessly lean and energetic despite pushing 40 and having a small boy and not exercising as much as I should. I like your site above the others, because of your scientific take (I am an engineer ;), always linking to the study you quote. I believe in you, and I believe that YOU believe in the primal blueprint – IMO you are not just a sales person trying to get rich.

However, lately I read a lot on the internet about the Nusi trials, I am sure you heard about it; proving that low carbs is no better than low fat in fat loss (not adressing all the other benefits of low carb). Could you adress this in a post? I would like to hear your comments on this.

Thanks for the kind words, Liv. I try to live up to your impression of me every day.

Ah, yes, the NuSi studies. Though you didn’t specify which study concerns you, I can guess.

It’s the most recent one, called “Energy expenditure and body composition changes after an isocaloric ketogenic diet in overweight and obese men.”

They put a bunch of people on an high-carb diet for four weeks, then moved them over to a low-carb, high-fat ketogenic diet for another four. Both diets were isocaloric, meaning they each provided the same number of calories, and were meant to keep their weight stable. These weren’t weight loss diets. They tracked energy expenditure, fat loss, and all the regular body composition markers you’d expect. Turns out that after going keto, fat loss slowed, energy expenditure increased, protein oxidation increased, and they lost a bit of lean mass. Fat loss picked up by the end but it was a wash.

From what I can see, they didn’t exercise. While that helps isolate the effect of the diet, it’s not how most people improve their body composition. Strength training in the absence of any other dietary intervention increases lean mass retention. You can diet anyway you want—low-carb, keto, low-fat, low-calorie, high-protein—but you’d better lift some heavy things if you want to keep your muscle. These people didn’t even lift, so it’s no wonder they lost a little lean mass on the keto diet.

They failed to give the diets in a randomized sequence, going from high-carb to low-carb.  We all know those first four weeks of a diet (any diet) are the best. The weight just flies off. After the first few weeks, though, weight loss slows down. These people transitioned to keto just as they were coming off the rapid fat loss. They’d exhausted their “newbie gains.” They’d already lost a good amount of weight, whereas they hadn’t lost any weight going into the high-carb period. If you flipped the timeline and had subjects go low-carb before going low-fat, you’d likely see the reverse happen: quicker weight loss on low-carb, slower weight loss on low-fat. I would have liked to see half the subjects start on low-fat and half start on low-carb.

The diets weren’t weight-loss diets and this wasn’t a fat loss study.

They were isocaloric weight maintenance diets. The primary objective of the study was to track any variation in energy expenditure between the two diets. Body composition changes were secondary outcomes. And since this wasn’t a fat loss study, it wasn’t designed to draw accurate conclusions about fat loss as the primary point of investigation. If it were, then there would/should have been different procedural methods in place.

One obvious confounding factor? There was inadequate time for fat-burning machinery to ramp up. Going from a high-carb (and high-sugar—almost 25% of calories) diet to a ketogenic diet isn’t seamless. It takes time to adapt. That’s why fat loss slowed for the first leg of the keto portion, only picking up speed after a couple weeks. It also explains the increased protein oxidation and loss of lean mass reported in the first leg of the keto arm: they had to sacrifice lean tissue to convert into glucose via gluconeogenesis until they achieved full ketoadapation and glucose homeostasis.

Coming into the keto diet fully carb-loaded is great for physcial performance, but impairs fat loss. You’ll burn off most of that glycogen before dipping into endogenous fat stores.

It’s a cool study, just not the utter demolition of low-carb people are claiming.

This article appeared on my newsfeed today on my phone and really messed me up mentally. Would love for your wise insights. This turned everything I know upside down. ahhhhh!

There are two parts to this article.

The first deals with the insulinogenic effects of dietary protein. Ignoring  the strawman the author lays out (“paleo people all say insulin is the root of all evil so why do they eat five pounds of insulinogenic animal flesh a day?”), I’ll address the insulin stuff.

And there is a ton of evidence that the most insulinogenic protein of all—whey—improves metabolic health and body composition.

It spikes insulin initially but reduces the area under the curve, improving glucose tolerance in type 2 diabetics.

The second part is also laughable: the claim that a paleo diet nullifies the beneficial effects of doing CrossFit.

First of all, they were “asked” to follow an ad-libitum paleo diet. They weren’t monitored in a metabolic ward. The researchers didn’t prepare and deliver paleo meals to the subjects. There wasn’t a control group. It was a total slapdash affair—give them a few rough guidelines and hope for the best. That’s understandable, given that health major undergrads putting together a thesis rarely have access to the funding necessary for human randomized controlled trials.

Second, about those “deleterious changes” to blood lipids. Take a look at Dr. Andro’s take on the study. Pay close attention to the nifty charts he made.

Those with high HDL at the start lowered theirs. LDL and non-HDL cholesterol also increased a bit by study’s end. That’s it. Those are the “deleterious” (what a powerful word, that) changes. Oh, and subjects who had normal HDL at the start of the study increased their HDL by the end.

Some of the most vital and widely cited benefits of CrossFit are the improvements to physical fitness and body composition. Since paleo clearly “abolishes” CrossFit benefits, those must have taken a real beating. Right?

I’m not worried about a few minor changes to controversial biomarkers like LDL and HDL (that may actually be transient responses to weight loss) if it means improvements to the markers that we know have strong connections to health and heart disease risk—body fat, body weight, and physical fitness. What about you?

The REAL Paleo diet included bread: Ancient dental plaque reveals crops were on the menu in the Balkans 8,600 years ago.

Of course some hunter-gatherers ate grains. They had to. Someone had to.

It’s not as if one day every single hunter-gatherer across the world unstrung their bows, developed a healthy fear of animal protein and artery-clogging saturated fat, converted their spears to shovels, and began planting wheat, barley, and various other cereals. It was a transition happening all over the globe at different rates. That’s why you see folks in what’s now Israel experimenting with growing plants as early as 23000 years ago, legit-yet-nascent agriculture in the Levant by 10000 BC, wheat reaching the British Isles by 8000 BC, Arctic peoples subsisting almost exclusively on sea creatures and tundra animals until a hundred or so years ago, and small pockets of foragers still living as full-fledged hunter-gatherers today.

And that’s exactly what this group of Balkan hunter-gatherers was: a transition between the foraging hunter-gatherer lifestyle and the neolithic agricultural lifestyle. They’ve even got an era that describes this transition. The Mesolithic (middle or intermediate stone) era was the transition between the Paleolithic era (old stone) and Neolithic era (new stone). That’s precisely when many hunter gatherers were transitioning (there’s that word again) into new ways of life, experimenting with new food sources like grains and legumes, and figuring out how to raise them as crops. So this news doesn’t negate anything. It’s exciting, actually. We know this transition happened, and now we get to examine a group of people in the middle of it.

That’s it for today, everyone. Thanks for reading!