Are You Suffering From Decision Fatigue? (Plus What to Do About It) 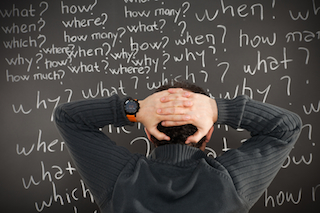 The world is a maelstrom of choices. From smartphones (iPhone or Android?), diets (Primal or Paleo or vegan?), cars (electric or gasoline, SUV or sedan?), health plans (PPO, HMO, or health savings account?), to entertainment (TV or Twitter or YouTube or Xbox or Netflix), we’ve never had more options from which to choose. This is supposed to be a good thing. It’s supposed to be liberating. Having more options is supposed to help us make better decisions. But in reality, something called decision fatigue gets in the way.

The judges were burning through their “decision capacity.” Making decisions is like using a muscle; you get fatigued. Granting parole is a harder decision because it takes more brainpower. If your decision muscles are exhausted, it’s easier (and safer) to assume guilt than it is to assess the evidence, make an informed decision about a potential parolee, and risk releasing someone who could commit another crime. As the judges accumulated decision fatigue, the easy, safe decision grew more and more attractive.

Another study found that decision-making degrades self-control and saps willpower. When subjects were forced to make a series of minor decisions about consumer goods (“Do you prefer the red shirt or the black shirt?”), they only lasted 28 seconds in a classic test of self-control: holding your hand in ice water for as long as you can. Subjects who made no decisions lasted over a minute.

Consider what this means for you. You get up in the morning, brush your teeth, wash your face, trudge to the kitchen for something warm and stimulating to drink, and find yourself awash in decisions that must be made.

Bulletproof coffee, Primal egg coffee, black, or heavy cream? And so it goes. By the time we decide what to wear, which route to take the dogs on their morning walk, whether to eat breakfast, what to eat for breakfast, whether to bike or drive to the office, whether to dive right into work email or mess around on Facebook, where to go for lunch, we’re exhausted. And by the end of the day, we’re making poorer choices. The cookies at the checkout line are harder to resist. Take-out sounds better than cooking dinner. Vegging out in front of the TV beats Scrabble with the spouse. If we get around to working out, we probably won’t go as hard or last as long. The infinite freedom of endless options has degraded our ability to make good decisions and exercise self-control.

All those choices can also paralyze us, preventing us from even making a decision. A classic study (PDF) from Columbia University gave upscale grocery store customers the opportunity to sample gourmet jams from one of two rotating displays: a booth featuring 24 different jams and one featuring just six. The larger display was more enticing, attracting 60% of passers-by, while the smaller booth brought in 40%. On average, customers who stopped sampled two jams, regardless of the size of the display, and every person received a coupon for a dollar off a jam purchase.

But when the time came to make a purchase, just 3% of the customers at the booth with 24 jams actually bought one, while 30% of the customers who’d visited the smaller display bought jam. Having two dozen jams to choose from might have looked and sounded great, but all those options were debilitating. The more options they had, the less likely they were to choose one.

I’ve got a friend, a desk jockey type, who got tired of being really overweight, tired all the time, and unable to move freely without discomfort. He went Primal, bought the books, and lost the weight. He feels better than he has in years. But here’s the thing: he can’t cook. He achieved his transformation entirely with boiled eggs, Primal Fuel, and prepared Primal-friendly foods. It’s not a sustainable way of going Primal and he knew it. So he decides he’s going to learn to cook – to fend for himself. He scours the blogs to determine the best cookware, the best kitchen gadgets, the essential spices, and anything else pertaining to cooking Primal fare.

After a month of research, his Amazon cart has hundreds of items. Several different pressure cookers, three types of roasting pans, frying pans, mason jars, you name it. Everything a home cook could ever want or need. Every product ever mentioned on Nom Nom Paleo. Enough to supply a commercial kitchen several times over.

Two months later, I ask him how his new lifestyle’s going. What’s his favorite dish to cook? What kind of cast iron skillet did he spring for? I can’t wait to see his progress, and maybe even taste it. Turns out his Amazon cart is still full. He’s made no purchases. He’s paralyzed by analysis of the myriad options.

A month later, he’s finally made the purchases and his kitchen is stocked, but he’s stuck on another set of choices. What cookbook to buy? Which brand of pastured chicken is best? Should he roast the chicken with high heat or braise it at a lower, gentler temperature? It never ends.

His is an extreme example, but it’s a real one, and it illustrates the point made in the Columbia study.

That’s one reason people find the Primal Blueprint to be so powerful: it automates certain aspects of your life. It’s a framework for making decisions, so the deliberation time is reduced or even eliminated. You no longer have to waste time and cognitive capacity on daily decisions (what to eat, whether to exercise, how much sleep to get) because that’s been laid out. You avoid paralysis because there are fewer choices, and many of them have already been made for you. There’s wiggle room for personal variability, of course, and you’re free to geek out on the minutiae, but the big picture items are covered.

For every decision we make about health, lifestyle, sleep, training, food, the Primal Blueprint provides a frame of reference. We’re not starting from ground zero. Instead of agonizing over that package of cookies by the register, you don’t even consider buying them because they’re made of grains, refined sugar, and processed seed oils. You don’t even have to really think about it.

That said, it’s just a framework. It doesn’t solve everything, and if you feel like you’re suffering from too many decisions and you’re making bad choices on the decisions that really impact your life (work, relationships, health), I’ve got a few suggestions that may help.

Make rules for yourself. Stick to them.

Rules help because they eliminate decision making. Rules like eat 60 grams of carbs or less per day, eliminate all refined sugar, stop eating fast food and soda, or eat 50 grams of protein every meal are effective for weight loss not only because they improve your metabolic health but because they automate your diet. A few rare birds even do well by setting ironclad calorie limits (1600 calories a day) and sticking to them no matter what. If you have no more calories left for the day, you “can’t” eat dessert. There’s no decision to make.

Deciding what color of sock to wear in the morning when you’re rushed and you have a full day of momentous decisions ahead of you is a waste of time. Lots of fairly successful people wear or wore, for example, the same thing every day to eliminate unnecessary decision-making. Steve Jobs and his black turtlenecks. Barack Obama and his suit(s). Mark Zuckerberg’s T-shirt and hoodie. This is harder to pull off when you’re not a billionaire CEO or leader of the free world, but you can still automate parts of your life. Like:

Plan meals for the week.

If deciding what to cook is a stressful choice, don’t wait to the end of the day to hit the grocery store and wing it. Every Sunday (or whatever day you consider to be the start of the week), figure out what you’re going to eat, and when. Decide all at once, so it’s one decision rather than many.

Heck, if you can swing it, actually cooking meals ahead of time can further reduce the amount of brain power you devote to food.

We waste a lot of time eliminating choices that we were never really going to consider in the first place. One of the worst experiences is killing time trying to decide where to go out to eat. You hop on Yelp, use an asinine search term like “food” or “restaurant,”  type in your ZIP code, and get dozens of results — none of them satisfactory. You spend unnecessary decision points winnowing the results down to something you actually want to eat. Instead, figure out what cuisine you want before searching.

If you want to workout more often but have trouble actually deciding to do it, hire a trainer or get a workout buddy. When you have a responsibility to someone else, or your hard-earned money is at stake, you’ll be obligated to attend and the decision will be made for you.

Make the most important decisions early in the day.

Those decisions you’ve been failing at lately? Handle them earlier, when your decision muscles are well-rested. This could mean grocery shopping in the morning instead of after work.

You know those agonizing decisions that don’t even really matter, like whether to buy collard greens or kale for dinner tonight? Those decisions where you fully admit that either choice would be perfectly adequate, yet you still can’t pull the trigger? When you find yourself in this situation, deliberating over errata, just flip a coin. Literally: take a coin out, assign values, and flip it.

The perfect choice doesn’t exist. The idea that it does exist is the enemy of even approaching perfection. Good is good enough.

Avoiding decision fatigue and decision paralysis aren’t just important for making better choices, being more productive, and “winning” at life. They’re also crucial for simply being happy, reducing stress, and removing mental clutter. One of the sharpest double-edged blades of being human is our ability to think about thinking, to analyze and overanalyze, to weigh the pros and cons and be weighed down by them. If we can eliminate any extraneous decision-making and analysis by planning, routine, automation, and maybe even relinquishing a little control, I think it’s a good idea to do so.

What about you guys? Does this post resonate with you? Do you suffer from decision fatigue? How are you currently handling it? Let me know down below!