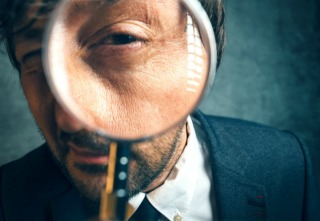 For today’s edition of Dear Mark, I’m answering one question. It’s a good one. A reader (many, actually) wrote in to get my opinion on the latest blockbuster cholesterol-lowering drug. A new study appears to show that the drug in question—Repatha—reduced LDL to unprecedented levels and protected patients against the primary cardiovascular disease endpoints they were measuring. What does it all mean? Should we all start taking Repatha?

Let’s dig into it:

What’s your take on this study of a new heart disease drug called Repatha? Apparently it was able to reduce LDL levels to an unprecedented degree, and the lower the LDL the lower the heart attack risk.

Yeah, I saw this. Here’s an article about it in the NY Times. Here’s the actual study. The Times article is positively gushing, recounting that the drug “significantly reduced the chance” of a “heart attack or stroke” in “men and women who had exhausted all other options.”

Given that I’ve spoken about the importance of having good LDL receptor availability and the likely causative role of oxidized LDL particles in heart disease, this doesn’t sound too bad. After all, all else being equal, shouldn’t we want fewer LDL particles? At least Repatha isn’t cutting off a major enzymatic pathway with multiple downstream effects, which is what statins do.

Who took it? High-risk patients with heart disease, about 27.5k of them split into two groups. One got Repatha. One got placebo. Everyone was on statins, so there was no true placebo.

What happened? As the NY Times mentions, the drug did lower the chance of the primary endpoint.

There’s a big problem with composite endpoints: they assume the constituent events are of equal signifiance. Everyone can agree that death deserves “primary endpoint status.” I’d rather not die of a heart attack (or anything). I imagine most people feel the same way. Not everyone would put “ended up in the hospital because of chest pain” on equal footing as “died from a heart attack”—particularly the people taking the drug. But the success of the Repatha study depends on the two being equally undesirable.

Other “benefits” included reducing LDL levels to an average of 30. A quarter of subjects taking Repatha got their LDL levels down to 19! You’d think with LDL that low they’d be totally impervious to heart attacks and fast approaching demi-god status if not outright immortality.

They weren’t. When you shatter the composite endpoints and examine the individual events, you notice that Repatha didn’t actually help people avoid fatal heart attacks or death from other causes. In fact, the Repatha group had slightly higher death rates from heart attacks (251 vs 240) and other causes (444 vs 426), though it didn’t reach statistical significance.

Furthermore, this study was supposed to last 4 years. They ended it after a little more than 2 years. Drug companies don’t cut studies short if they’re going great. They cut studies short when things start trending south. Were the deaths piling up? Were the initial gains in primary endpoints showing signs of reversal? We just don’t know. But it looks bad if you ask me.

What’s the purpose of PCSK9, though? It can’t be “to give us heart disease.” It’s got to be there for some reason or another, even if that reason is an “outdated relic” of our ancestral past.

It probably evolved as an anti-infectious disease adaptation. LDL is anti-microbial; it can protect against viruses, bacteria, and parasites. In environments with high parasite loads or rampant infectious disease, high PCSK9 activity could enable protective levels of LDL to circulate.

Another role of LDL is to “soak up” oxidants and other inflammatory agents in the blood. Sure enough, inflammation also increases PCSK9 activity.

Are there any other ways to inhibit PCSK9 that don’t involve spending thousands a month on a potentially-risky drug?

Berberine inhibits PCSK9. It even performs favorably against cholesterol-lowering drugs.

Fasting inhibits PCSK9. In one study, fasting humans achieved the lowest levels of PCSK9 at the 36 hour mark.

Those appear to be safer options. They at least have more history than Repatha.

Overall, I’m not sure what to say. Clearly, the gushing media coverage is misleading. The drug helped reduce non-fatal cardiovascular events, but failed to reduce fatal ones (and even slightly increased them). Furthermore, they cut the study short, which suggests the possibility of worsening mortality and/or other undesirable trends.

I’m not writing it off completely. PCSK9 inhibition might help certain people with confirmed heart disease at high risk of having another attack, like those with familial hypercholesterolemia. Maybe they work better if you’re not taking a statin. Maybe PCSK9-inhibitor+statin is just too much LDL reduction. And maybe there are other, safer ways to inhibit the enzyme.

With the massively positive response from the industry, I’m sure we’ll be getting more research in the coming years. Hopefully, it pans out. But don’t be too surprised if it doesn’t.

That’s it for today, folks. Did you hear about the study? What do you think about the results?