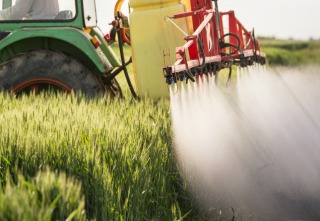 For today’s edition of Dear Mark, I’m covering two entirely different topics. The first is a fairly familiar topic to readers of this blog—whether a popular pesticide is actually dangerous or not. The reader asking the question thinks the data is clear, and Roundup is safe, but I’m not so sure. Second, I discuss the evolutionary underpinnings of our transition from polyamory to monogamy.

Moreover, the research they reference has been reviewed to death by every regulatory agency on the planet, and none of them are convinced that glyphosate is dangerous, unless anyone here plans on drinking it.

Humans simply aren’t exposed to enough of the pesticide to experience any negative health effects. See the most recent EPA report on the subject: https://src.bna.com/iE2

Thanks for the pushback. I hear what you’re saying—folks on either side of the issue can really misrepresent the facts. There’s nothing I hate worse than unfounded fear-mongering. And even when the fears aren’t totally unfounded, the amount of worry and stress the mongering provokes can be worse than the thing you’re supposed to be fearing.

But with glyphosate, or more accurately Roundup, I just don’t agree with your assessment.

Pesticides aren’t just single chemicals. They’re actually collections of various chemicals called formulations, which contain the declared active principle (glyphosate) and some adjuvants. The adjuvants are supposed to be inert, but they’re not. Just like the supposedly inactive ingredients in toothpaste can have some physiologically significant effects, the adjuvants in pesticide formulations can alter the effect of the active principles.

If adjuvants were truly inert—if they did nothing—they wouldn’t be included. Everything costs money and everything adds up, especially when you manufacture at scale. So these “inert” adjuvants must be fulfilling an important role. Some are surfactants that allow the pesticide to penetrate the cellular walls of organisms. Others are thickeners or emulsifiers to improve the distribution and resiliency of the pesticide (nothing like a smooth, velvety Roundup reduction) in the face of rain, runoff, or extreme heat. Adjuvants increase dermal absorption, too. In other words, they make pesticides more effective, more resilient, and more damaging to pests. And according to a recent paper, many adjuvants also amplify the toxic effects of pesticides on human health.

Using isolated human cells, the researchers compared the effects of nine popular pesticide formulations with those of their isolated principle ingredients on mitochondrial activity and membrane degradation. In 8 out of 9 instances, the commercial formulations were on average hundreds of times more toxic than the principle alone. Roundup and glyphosate were both tested; the former was 125 times more toxic than the latter.

If the EPA used studies of the commercial formulations in their safety assessments, I’d be more likely to accept them. But they don’t. Most of the safety tests study the active principle, not the full pesticide formulation we’re actually encountering in our food and our environment.

In a 2000 review of the human and animal toxicology evidence that concluded Roundup posed no risk to human health, there were some glaring issues. Out of the dozens of studies they reviewed, the only one that actually used fully-formed commercial Roundup was on dermal absorption. All of the other ones tested glyphosate or one of the “inert” components of Roundup in isolation—never together. That’s not how this works. That’s not how biology works.

This isn’t a new problem, either. Some researchers have criticized allowing largely untested adjuvants into the food system via regulatory backdoors as far back as 2006.

Here’s what happens when you do test the commercial formulation against the primary chemical:

Roundup kills piglets. Glyphosate does not.

Doesn’t fill me with confidence.

One aspect of ancestral health that I have not seen you address is Sexuality. I am surprised, as I think we can all agree that it is a very important part of our health and well being. I just finished reading the book by Dr Christohper Ryan, “Sex At Dawn” (he also has a TED talk), and I was blown away by the general premise of the book. The book argues, with compelling anthropological evidence, that humans are naturally promiscuous, and that prior to agriculture, human tribes/groups were very egalitarian. According to Dr Ryan, marriage and monogamy are as recent as our agricultural diets. I would love to hear your thoughts on this, and I think that the Primal Lifestyle is missing a cog in the wheel without addressing this important aspect of human health.

I’m a big fan of Christopher Ryan’s podcast, Tangentially Speaking (which I discuss in this post), but oddly enough haven’t read his book yet. I think I’ll do that before I comment on his argument.

However, I can discuss the shift away from polyamory toward monogamy. Why’d it happen?

As is the case with other novel environmental inputs like dairy, there is some degree of genetic adaptation to monogamy. If the society is set up for monogamy, “monogamy genes” will be selected for. That may be what happened in the largely monogamous agricultural societies of Europe and Asia, where land ownership and successful transfer of assets to one’s offspring were the foundation of reproductive success. The more wives you have, the more offspring you’ll have, the more diffuse the inheritance you bequeath. A farm, 300 cattle, and a dairy divided 12 ways isn’t nearly as helpful to your reproductive legacy as a farm, 300 cattle, and a dairy divided two ways.

A recent paper suggests that socially-imposed monogamy arose due to changing disease dynamics. In the smaller group sizes of paleolithic hunter-gatherers, the sexually-transmitted infection burden remained low enough to allow polygamy. As populations settled down and grew, the STI burden increased, making polygamy incredibly dangerous. This was compounded by the shift away from nomadism. If you’re on the move, you’re less likely to get bogged down with disease. Our ancestors in their smaller groups were largely nomadic and thus inoculated from the STI risks of a settled population.

Polyamory isn’t my thing. Whatever your thing is, though, it’s got to come down to basic human decency. Be true to who you are and what you want. Don’t hurt others. Be honest. Be safe.

What more can one say?

That’s it for today, folks. Thanks for reading. I’d love to get your feedback on today’s questions and answers.

I’m especially interested in your experiences or insights into the polyamory/monogamy matter. That could make for an interesting future post.