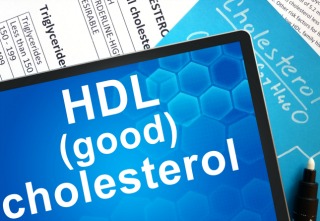 For today’s edition of Dear Mark, I’m answering two questions from readers. They were excellent this week. The first one comes from Sarah, who’s a bit puzzled by the recent paper in which people with the highest HDL levels died earlier than those with lower levels. What’s going on, and is more HDL actually bad? Last but not least, how should a reader approach a doctor who wants to put Grandpa on a low-salt diet? Is there any literature or information he can present?

I just read this article in the NY Times about how really high HDL levels are linked to greater risk of heart attacks. What’s going on here? Isn’t HDL supposed to be good?

Before we tackle your question, let’s establish what HDL particles actually do:

They intercept and neutralize oxidative stressors in the blood.

They deliver cholesterol to the liver for processing and to organs like the testicles and ovaries for conversion into steroid hormones.

These are established mechanisms, by the way. And they’re all “good things.” Avoiding clots, lowering inflammation, limiting oxidative damage to the endothelium, making sex hormones? What’s not to love? More HDL, please.

If that’s true, how can higher HDL be linked to more cardiovascular mortality?

Remember that production of HDL is a dynamic process. The body doesn’t just make HDL for the hell of it, nor does it make a set number of HDL particles irrespective of what’s going on in and outside the body. HDL has a very specific set of skills. When HDL’s services are required, the body makes more.

This means that very high HDL could indicate a need for high HDL. What does HDL do, again?

HDL doesn’t have superpowers. It doesn’t always finish the job or prevent the malady from befalling you. Sometimes the clot happens, the atherosclerosis proceeds, the LDL particle oxidizes.

HDL is both an indicator of risk and an agent of protection against risk. Firemen put out fires, but that doesn’t mean you want a fire truck showing up in front of your house at 3 AM. That would be bad news, even though the guys manning it are fine, upstanding, invaluable members of the community.

In the original study, HDL followed a U-shaped mortality curve. Low HDL and extra-high HDL were both associated with more all-cause mortality (dying from any cause). Plain old “high” HDL was associated with the lowest risk, as you’d expect. High is enough to handle incoming threats. You can respond quickly and upregulate production when needed.

Hey Mark, My grandpa’s doctor wants him on a low-sodium diet. He can’t add salt to any food. He can eat food that already has salt though. I know you can’t give medical advice but maybe you could give me some suggestions for how to talk to the doc about it.

Humans have a real craving for salt. It’s one of the few specific appetites we have. The craving doesn’t disappear. He’s going to seek out salt, and he’ll get it. Restricting adding his own salt to food and allowing “pre-salted” food will only drive him into the corpulent embrace of processed junk. That wouldn’t be so bad if it weren’t loaded with sugar, grains, and industrial seed oils. But it is, so it is. What would doc rather have Grandpa eat—a salted-and-peppered ribeye or a pack of low-sodium cupcakes?

It crazy that it’s even a debate.

Most adults are forced into low-salt diets to improve their blood pressure. Those lab markers—already fraught with major reliability issues—must tick down. They’re everything.

Yet they don’t work well in most people. Some people with salt-sensitive hypertension definitely can benefit from salt reduction. Asian and African Americans see bigger benefits to blood pressure than other groups. Others are lucky to get a few points in the other direction. Better than nothing, but nothing to write home about. And that’s without taking into account the other hints that salt restriction may have other, unwanted effects.

In healthy men and women, a low-salt diet increased insulin resistance compared to a higher-salt diet.

One study even established the important role of chloride (from such famous works as “sodium chloride”) in host immunity. Our white blood cells use chloride to produce a chlorine-based microbicide—bleach, essentially—that targets infectious microbes. Infections become really dangerous the older you get. Chloride-based microbicide is invaluable, and so is the salt which carries its precursor.

Maybe Grandpa needs the low-salt diet. Maybe the supposed benefits outweigh the ignored deficits. Talk to the doc, come prepared, and find out for sure. Oh, and ask what he or she thinks about sugar as the primary driver of hypertension.

That’s it for today, folks. Thanks for reading! Be well and leave some thoughts down below!