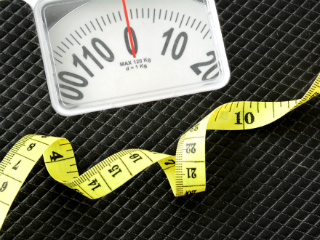 For today’s edition of Dear Mark, I’m answering one question. It’s a burning one, though, judging from the deluge of emails I’ve received in the past few days. A new study has just come out purporting to show the deleterious effects of a “paleo diet” on weight gain, fat gain, and glucose tolerance in type 2 diabetics. It sounds alarming, so today I’m going to explore just how relevant this study is for you guys following a Primal eating plan. Should you be concerned with the results? Is it time to start radically restructuring the way you eat? I’ll evaluate the study, and its larger implications, to let you know.

The media is abuzz with reports of a new study claiming to show that the paleo diet leads to rapid weight gain. Care to respond? It’s getting hard to ignore my skeptical friends’ chorus of “I told you so”s.

Oh, man. The lead author of the study, one Associate Professor Sof Andrikopoulos, makes some of the most amazing quotes I’ve ever read. I can’t single out any single quote, so let’s examine them all one by one.

He claims that a low-carb, high-fat diet is especially risky in people with diabetes or pre-diabetes. “There is no evidence they work.”

LCHF diets are risky for diabetes or pre-diabetes, meaning they put your diabetes at risk of disappearing outright or never showing up at all. But for diabetics or pre-diabetics, it’s risky not to try a low-carb diet. Here’s one recent study of Japanese men with pre-diabetes in whom a low-carb diet normalized blood glucose and prevented the progression into full-blown type 2 diabetes. Those were human men, by the way, not mouse men.

“We are told to eat zero carbs and lots of fat on the Paleo diet.”

No, we aren’t. I don’t know anyone saying that.

“Our model tried to mimic that, but we didn’t see any improvements in weight or symptoms.”

They didn’t try hard enough, because they managed to slip 6% of calories as pure white sugar into the diet. Funny how that stuff just has a mind of its own. Nope, totally impossible not to add that sugar in. Completely out of their hands.

“The bottom line is it’s not good to eat too much fat.”

Just look at the diet composition for the low-carb group.

Cocoa butter—Cocoa butter is a legit fat, particularly combined with cocoa fiber and polyphenols. In other words, chocolate.

Casein—Hmm. An isolated dairy protein wouldn’t be my first choice when constructing a wholesome paleo diet, but I’m not the scientist!

Sucrose—Table sugar, eh? I’ll allow it. You need to make this refined slop palatable enough to get the mice to eat it.

Canola oil—Hold on a minute. Canola oil doesn’t belong in my idea of a paleo diet.

Ghee—Interesting choice. I love me some ghee.

Calcium carbonate—You do realize you could have simply omitted the isolated, refined casein, ghee, and calcium in favor of some actual whole food dairy.

Potassium dihydrogen phosphate—If you wanted the mice to get potassium and phosphate, you could have given them a little meat and banana.

DL methionine—An essential amino acid that appears frequently in animal foods. It’s important for health but must be balanced with adequate glycine to reduce inflammation. No glycine appears in the study diet, though.

Choline chloride—At least they added choline in there. It’s very important for maintaining liver health, particularly in the context of high fat diets.

AIN-93G trace mineral mix—In the absence of food, you need to add these back in.

So the experimental diet was made up entirely of refined, isolated “ingredients.” Not even foods, but ingredients. Its sole carb source was white sugar. Meanwhile, the control group got an actual real-food diet consisting of wheat, wheat germ, fish meal, soybean meal, beef fat, vegetable oil, molasses, milk powder, yeast, and added trace vitamins and minerals. Not the “best diet,” but way better than the experimental diet. The two are not comparable. We already know that the refinement of a rodent’s diet determines in part how that diet will affect its health and cognitive abilities, irrespective of that diet’s macronutrient ratios.

In reference to the Mediterranean diet: “It’s backed by evidence and is a low-refined sugar diet with healthy oils and fats from fish and extra virgin olive oil, legumes and protein.”

Reduce/drop the legumes, and what diet is he really talking about? Sounds pretty familiar to me.

The good doctor has made questionable recommendations in other venues, like if you’re going to eat fast food, make sure you have a sugary soda with it.

But perhaps the most egregious and pernicious aspect of the doctor is his penchant for Hellenic nationalism. There’s his last name. There’s the fact that he concocts imbalanced study designs to promote the Mediterranean diet. What next, Sof? Will you stop at nothing until Greek war chariots pound the streets of every city across the globe and boys and girls have bowls of kalamata olives (pit-in) with red wine instead of cereal for breakfast?

I jest, of course…

But next time, design a study that actually mirrors a Paleo diet. Then we’ll talk.

So if you’re eating Primally and you’re not getting fat (or you’re actively losing fat), the results of this study do not apply to you. The study displays the negative health effects of getting really fat really quickly. That the diet used to get the mice fat was a bastardized version of a high-fat, low-carb diet has little bearing on how we eat around here.