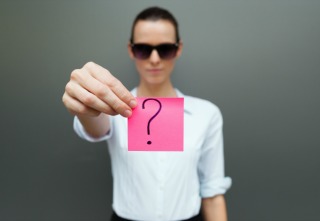 For today’s edition of Dear Mark, I’m answering a few questions from you folks. First, can a person maintain their high intensity interval training while starting a ketogenic diet? Is there anything you should watch out for? Second, is keto a good option for postmenopausal women? Though we don’t have any direct research on the subject, there is hope. And then we discuss the peculiar case of the Inuit and the missing ketones.

I’d also like to know if HIIT workouts can be properly fueled during ketosis. My swimming coach is convinced that ketogenic diets are terrible for HIIT workouts and therefore advises against ketosis entirely.

As I said in last week’s post on keto caveats and contraindications, starting a ketogenic diet while in the midst of a season or when you’re about to start one probably isn’t advisable.

Here’s what you can do:

Once the season ends, go keto for at least six weeks. Try to stay in full-blown ketosis—low carbs, high fat, moderate protein—for those six weeks. Maintain your normal training schedule and realize that your performance will suffer for the first 3-4 weeks.

After those six weeks, incorporate carbs before or after intense training efforts. Note their effects. Do the carbs help your performance? Keep eating them, making sure to time them with your workouts. Do the carbs have no effect? You may not need them after all.

The season is a different story. You’ll probably need some carbs around your workouts and meets. If you still want to remain in ketosis, don’t worry too much; as long as you use the carbs you eat, they’ll go toward refilling your muscle glycogen stores without impacting your ketogenic status too much.

Luckily, the benefits of full blown ketone adaptation don’t just disappear. Your muscles will still be good at burning fatty acids and ketones. You’ll still have higher mitochondria density to produce more energy. And as long as you revisit ketosis on occasion, you should maintain most of the metabolic benefits.

Would you recommend it for perimenopausal/menopausal women?

That’s tough to answer based on the literature. There aren’t any dedicated ketogenic diet studies on post-menopausal women. Though what we have on low-carb diets, which are often ketogenic by accident, is quite positive.

For instance, post menopausal women on a low-carb, high-fat cheese-and-meat-based diet fared better than women on a low-fat, high-carb diet. Their blood lipids improved, including lower LDL particle numbers and higher HDL. There’s no word as to whether this was a ketogenic diet, but I wouldn’t be surprised if they attained ketosis.

In another, post-menopausal breast cancer survivors were randomized to either a low-fat diet or a low-carb diet. Although average weight loss was similar in both groups, more individuals on the low-carb arm lost a greater percentage of their body weight.

As many of my commenters noted in the original post, the scientific community at large just doesn’t like to focus on post-menopausal women. Maybe it’s that the questions are too complex (hormones are complicated, especially when they change so rapidly). Maybe there’s not as much money behind it (youth sells—and I say this as someone in his 60s). Whatever the reason, it’s not right. Hopefully, we get more research coming down the pike. I think I’ll do a post on gender disparities in research, come to think of it. Stay tuned for that.

Still, I see no reason why a ketogenic diet wouldn’t help post-menopausal women.

My general advice for everyone stands: Try it out for a few weeks, see how you feel, and be honest with yourself. Don’t feel beholden to any dietary “regimen” or “ideology” (except, perhaps, “eat real food”) if it doesn’t work for you. Sure, quality matters. You can do a ketogenic diet wrong, so make sure you do it right. Don’t do a soybean oil/Splenda/cream cheese keto diet and complain about keto when it doesn’t work, but don’t do something even if it’s clearly not working for you just because someone you trust recommended it.

I would be interested to hear more – can you expand? What kind of mutation do the Inuit have and how does this prevent ketosis? Thanks you, Claudio!

The Inuit are an interesting bunch with regards to ketosis. Despite eating almost nothing but seafood and marine and land mammals and their fat, with negligible amounts of carbohydrates, the Inuit rarely show evidence of ketosis. A legitimate fast isn’t even enough to reliably produce ketosis in the Inuit. It turns out that many of them possess a gene variant that prevents ketosis and drops blood sugar during fasting and starvation.

Similar variants in other groups are considered deleterious. It can be fatal to infants and children without instant treatment. It’s rare in most populations, probably because it’s historically been such a knock on reproductive fitness. You want your toddler to be able to survive a day without food, after all.

Yet in the Inuit and other Arctic populations, these mutations are incredibly common. What’s going on here? Why was it preserved in the Inuit, let alone selected for?

First of all, the gene variant doesn’t seem to be deleterious in adult Inuit. A number of studies have shown that Inuit with the mutation tend to have less body fat and better blood lipids, though the mutation is still dangerous in kids and babies.

The mutation also makes it easier for carriers to burn free fatty acids in mitochondria. This is a good thing for a population like the Inuit on a traditional diet, because they’re swimming in free fatty acids and they aren’t able to produce ketones or eat enough carbohydrates for energy. Free fatty acids are everywhere. If you can use them more efficiently, you’ve got a great, reliable source of energy on demand.

Without a mutation like this one, the Inuit would likely be in permanent, deep ketosis. That can be hugely therapeutic in the right context. Ketones can prevent and treat epilepsy, for example. But what if there is a problem with long-term ketosis? Given the high-fat nature of their diet, this mutation is the only thing standing between a traditionally-eating Inuit and chronic, unavoidable ketosis. The rise of this mutation may have been a way to stave off that possibility.

In a roundabout way, ketone adaptation is a way for anyone not carrying the anti-ketotic genetic marker common among Inuit to obtain Inuit-type metabolism. Long term ketone adaptation leads to an increased ability of skeletal muscle to directly oxidize free fatty acids for energy; the Inuit with the mutation do that already.

That’s it for me. Thanks for reading, everyone. Be sure to help out below with your take on the questions and any advice you have for the people who asked them.

Have a great rest of the week!