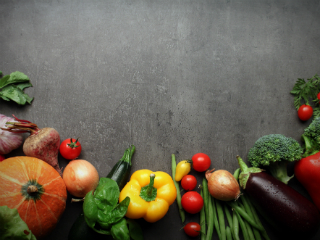 For today’s edition of Dear Mark, I’m answering three questions from readers. First, should the primary focus in constructing a healthy diet be caloric density? Is the key to weight loss and optimal health the consumption of bulky, low-calorie foods? Next, a new study seems to show that fat “starves the brain.” Is this true? If not, what’s really going on? And finally, are following Primal Endurance principles antithetical to high intensity performance?

recently I stumbled upon the whole plant-based diet revolution, specifically the website of Michael Greger, nutritionfacts.org.
I thought I understood the way blood sugar works and how carbs can mess that up. However, the plant-based diet relies heavily on whole wheat grains. These are doctors claiming that caloric density is the answer to choosing the right type foods. They essentially fill your stomach entirely without consuming a lot of calories, in a nutshell. More food for less calories if that makes sense.

What do you make out of this, and what’s your take specifically on the caloric density theory?

Thanks in advance and keep up the good work!

I’ve spoken about caloric density before. But while mechanically filling up your gut with a high volume of low-caloric food (like non-starchy vegetables) can “fill you up,” it misses the boat.

I prefer to focus on nutrient density. This way all bases are covered, you’re getting actual nutrients, and you can eat a wider range of foods. If you eat a high-caloric density food, you make sure it’s also high in nutrient density. Foods like meat, nuts and seeds, hard cheese, eggs, beets, and baked Japanese sweet potatoes (and regular potatoes) qualify. And when you eat a low-caloric density food, you make sure it’s not just empty roughage providing little else but bulk. Foods like leafy greens, broccoli, and other vegetables qualify. Food should serve a purpose besides bulk, whether it’s providing protein, fat, prebiotics, magnesium, iodine, polyphenols, or any other macro or micronutrient vital for health.

Focusing only on caloric density leaves out a lot of foods and predisposes you to focus on the wrong ones. You’ll miss out on animal products and all the important nutrients they contain, because they’re high in calories. You’ll miss out on gouda and all the vitamin K2, calcium, and beneficial fats it contains because it’s calorically dense. You won’t eat many almonds, cashews, walnuts, or mac nuts because they contain too many calories per unit of mass.

You can certainly lose a lot of weight eating only calorically-sparse foods, and weight loss tends to confer many benefits, but you’ll be missing a lot as well. Focus on nutrient density first.

There’s a new media report circulating showing that a high-fat diet “starves the brain.” What do you make of it? Here’s the report I saw: https://www.mpg.de/10478525/fat-brain-sugar

Oh yeah, I saw this pop up in my Twitter feed awhile back and thought to myself “I’m gonna have to talk about this, aren’t I?” So here I am. As I knew I would be.

First, don’t worry too much about this. What the report describes is physiological insulin resistance.

In the context of high fat intakes, body-wide insulin resistance commences. This prevents precious sugar from being used needlessly by the peripheral tissues (which can rely on fat and ketones) and reserves it for the only organ that absolutely requires it: the brain (which can, of course, also use ketones, just not exclusively). Ketosis is well-known to reduce glucose consumption in the brain; this is simply because part of the brain can use ketones.

As for high-fat starving the brain of glucose? Well, the study only lasted a few days. It takes at least a few days for the body to become fat-adapted and able to convert and burn enough ketones to make up for the reduced glucose available to the brain. That’s why initial low-carbing causes cognitive deficits in the early few days, and subsequent maintenance of and adaptation to the high-fat intakes resolves the deficits.

Another point mentioned is that the “selfish brain…gets its glucose by stimulating the body’s appetite for sweet foods.” Yes, the hypothalamus can make powerful suggestions about food choice. Oftentimes the suggested food is high in sugar. And many people assent to these suggestions, but many don’t. We aren’t mice. Mice have less executive functioning than humans. They don’t “decide” a whole lot. They don’t weigh options or mull over the health effects of that high-sugar, high-fat chow. They just do what their brain suggests. Humans have the luxury of decisions, and the right decisions become a whole lot easier when you’ve been exposed to the Primal fat-versus-sugar-burning paradigm.

Of course, this is why high-fat, high-carb diets don’t work very well. You’d better pick one to focus on. If you’re smart about it, eating carbs around high intensity training, creating glycogen debts that are then repaid without impacting ketone production, you can get by. But for regular old lab mice sitting around in cages or sedentary humans wolfing down fast food meals, the carb-fat marriage is a discordant one.

Heard you on Joe Rogan’s podcast and loved what you had to say. Gorged on the Primal Blueprint and immediately picked up Primal Endurance – both are fantastic! I’m now two months into primal and love how I’m feeling.

I am also applying your rule of 8 weeks minimum aerobic base training – not just because you recommended it, but because I discovered that age 31, I developed an atrial flutter that required an ablation! My coach and cardiologist both enthusiastically endorsed your recommendation of 8 weeks’ base below MAT. It is shocking to me how the more recent trends in cycling and sports training is forcefully pushing high intensity, shorter duration work for its quick benefits rather than focusing on long-term health. Only recently have stories come out regarding cyclists and heart health, and the evidence all supports your advice to really stringently build a base before adding intensity for long-term heart health.

My question is this: because we know that more sprint-intensive activities like hard racing for an hour require longer and more training above MAT levels, and as the science shows that a low carb diet can lower high-end power output, can you point me to any guidance from you or others regarding integrating more carbohydrates around build and race phases? After reading Primal Endurance, I’m still a bit in the dark as to how the principals can work for year-long high-intensity racers.

Keep up the good work man. I’m preaching primal to everyone I can, and I’m already hearing success stories from folks feeling great.

At some point in the journey for elite status, some amount of health is probably sacrificed at the altar of performance. But at age-group levels just below that, I believe you can get to 90-95% of your personal max potential without doing significant harm. It’s that last 5% that kills people, but also lets you win the elite races—so you have to ask is it worth it. I eventually determined it wasn’t, and I was one of the top guys actually qualified to ask that question. Most folks who run, even the really good ones, aren’t in the same arena. For them, it’s probably not worth it.

As far as Primal Endurance training and high intensity workouts, there are acute carb loading strategies that allow for higher intensity workouts and races without compromising fat burning and/or keto utilization, like a sweet potato the night before to top off glycogen stores, the use of one of the new keto drinks just before or during, or the use of UCAN Superstarch (whose slow absorption has minimal impact on insulin and thus ketones) occasionally in a workout or race. The real key is to create a glycogen debt with training, and then fill it—but no more than that. Once you push past the amount of carbohydrate your body needs to fill glycogen stores, you’re compromising ketone production and fat adaptation.

Even after your 8 week MAT base training you won’t need to spend a ton of time at race pace in your training. You’ll need to do SOME, but maybe that’s a TT (time trial) once every two weeks if you’re not racing. Remember, Ironman triathlete Mike Pigg got to the top and stayed for a long while just doing efficiency work at sub threshold intensity between events and using weekly races as his ONLY hard workouts.

It’s easier (and healthier) than most people think to get good, but harder (and less healthy) to become elite.

Thanks for reading, everyone. Be sure to leave any comments or advice you have down below.