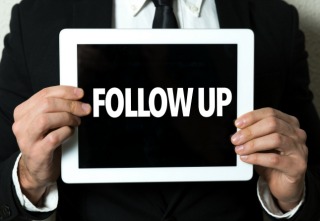 After last week’s post on infrared saunas, people asked some good questions. For today’s edition of Dear Mark, I’m answering a few of them. First up, can infrared saunas harm male fertility? After all, they do penetrate the skin and raise body temperature, which is a no-no for sperm. Next, infrared saunas induce lots of sweating, and sweat contains bioaccumulated toxins like BPA and heavy metals. Can infrared saunas help us shed these toxins? Finally, are infrared-emitting blankets and other “topical” infrared products effective alternatives to infrared saunas?

I have access to an infrared sauna but am planning to avoid it in the next 6 months before my wife and I try to conceive.

I like the ‘benefits’ but I am uncertain if the heat would be harmful for reproduction; I know the sauna has different temperature settings, but normally it’s around 145 degrees. Any way to get the benefits without the harmful side?

Good call. While I don’t know that you have to avoid it for the next 6 months—a week or so before conception should suffice—penetrating heat will negatively impact the health and viability of your sperm. If it’s anything like other heat sources, including hot tubs, hot laptops, and hot underwear.

Red LED lights may offer some cool benefits, particularly for pain and tissue healing, without heating your tissues.

It’s even been shown to improve neuropathic pain.

Maybe best of all for your specific context? Exposing the testicles directly to red light. Well, rat testicles, be exact. Rats who shined 670 nM red light on their tiny (but incredibly large and impressive for the body size) testicles enjoyed increased testosterone. A similar group of rats who shined 808 nM red light did not see increased testosterone. Since these were mammalian testicles, I think the results may hold up. And since the red light at that level doesn’t heat the tissue, it’s probably safe for you to try.

Keep things on the lower end, though. A recent study exposing ram testicles to low level laser therapy at a wavelength of 808 nM and a power output of 30 mW reduced testosterone, hampered sperm production, and lowered sperm motility. These are all bad.

I’ve been intrigued by these for awhile now. I tried one at a massage studio and liked it. Have also heard it does wonders for your skin. I remember hearing years ago on a podcast (don’t remember which one) that someone actually analyzed sweat and found people were releasing way more toxins in the infrared sauna than in a traditional one. I know someone who says it was very beneficial in dealing with the toxic levels of mercury she had built up.

Yep. Even though hyper-skeptics scoff at the idea of “sweating out toxins,” it’s simple fact that sweat contains bioaccumulated toxins. BPA shows up in sweat, for example, even when it doesn’t show up in the blood or urine. Same goes for certain phthalate compounds and their metabolites, none of which we want. Sweat also contains arsenic and lead in people exposed to high levels of the metals.

Anecdotally, infrared saunas trigger more sweating than other types of saunas. That’s what I’ve experienced, and it seems to be the consensus opinion around the industry. If so, infrared saunas should help people—like your friend with the mercury—deal with unwanted body loads of various bioaccumulated compounds like metals, BPA, and phthalates.

Can anyone comment on the quality/effectiveness/safety of infrared blankets? I don’t have space for a sauna.

This study used an infrared blanket to heat skin, finding that it increased lymph node drainage and activated Langerhans cells in the skin.

This study used an infrared blanket to increase vasodilation in heart failure patients, which improved vascular resistance and cardiac index (two big markers for recovery from and resistance to heart failure).

This study (which I reported on in the last post) found that placing infrared discs on the breasts of lactating women improved nursing performance and outcomes. Blankets often use the same infrared discs.

That’s it for today, everyone. Thanks for your questions, and thanks for reading. If anyone else has input on today’s questions, leave it down below in the comment section.