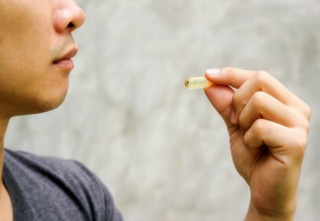 For today’s edition of Dear Mark, I’m answering two questions about two recent studies. First, given that the omega-3 alpha linolenic acid (ALA) has been shown to reduce some of the positive effects of exercise on rats’ metabolic health, could the omega-3s found in fish oil (DHA and EPA) also nullify exercise benefits? Second, what are my thoughts on the recent study showing a link between breakfast skipping and subclinical atherosclerosis?

So what does the ALA study say about fish oil supplementation? Or do we expect this adverse effects were specifically caused by ALA and wouldn’t be caused by DHA or EPA?

Not sure, to be honest. There is one study from 1998 where dietary fish oil had beneficial immune effects in sedentary rats, enhancing the anti-tumor activity of killer T cells, but not in people who exercised.

What’s interesting about this study is that ALA and exercise were independently protective, but there was no additive effect. That is, if you just took ALA or just exercised, your body would get better at handling glucose and your body fat would be more insulin sensitive. But if you added it to exercise, the ALA would cancel out instead of enhance the effect.

There are some possible explanations. Maybe the rodents weren’t training hard enough. The authors note that this particular breed tends to go easy on the rat wheel. They don’t sprint, in other words. ALA (or fish oil) might pair better with more intense training.

I wouldn’t worry too much. Even if fish oil impairs to some extent the metabolic adaptations of white adipose tissue, most of the research we have suggests that DHA and EPA supplementation enhances many other responses to exercise:

Of course, there’s the fact that fish oil seems to reduce post-exercise muscle damage and soreness. Is this good or bad? Taking fish oil to reduce muscle damage can speed up recovery and allow athletes to return to training or competition more quickly. But muscle damage is exactly what we recover from and, presumably, adapt to. Is fish oil speeding up the adaptation or short changing the stimulus?

Fish oil actually increases muscle protein synthesis, as seen in the above study in elderly adults. It makes muscles more receptive to protein. While enormous doses of fish oil (10% of calories) may induce a huge anti-inflammatory effect that inhibits muscular adaptations similar to ibuprofen, most people aren’t (and shouldn’t be) eating that much fish oil.

Hi there. Does anybody (ahem, Mark) have an inclination to weigh in upon the conclusions of this recent study concerning the linear relationship of arterial plaque preponderance and those who the least amount of daily calories for breakfast? I couldn’t find the ultimate sponsor of the study but even though it is another questionaire study, it is intriguing….

It’s not the first study to show that people who skip or eat small amounts of breakfast are more likely to have health issues. Plenty of other observational studies have found similar results.

There are some confounding variables I find likely to play a role in this and other similar studies.

Is there a difference between the dietary composition of breakfast skippers and breakfast eaters? Probably so. In one study, Iranian children who skipped breakfast also ate way more fast food, sugary soda, salty snacks, and juice, and way less fruits, vegetables, and milk than those who ate breakfast. In the study mentioned earlier, the teen girls who skipped breakfast also ate less fiber (a marker of whole food/vegetable intake) and calcium. Is it breakfast skipping or is it all the junk and lack of nutrients?

They’re dieting. A common strategy when dieting is to skip breakfast. If you’re dieting, you probably have weight to lose, and it’s not surprising that people who have weight to lose have many of the diseases and disorders associated with extra weight. Maybe breakfast eaters are eating breakfast because they’re already healthy and at their goal weight.

Not everyone skips breakfast for the right reasons. How many balls of stress do you know who skip breakfast because they simply don’t have the time and then proceed to pig out in the break room, at lunch, and on through the rest of the day? Skipping breakfast is a very different experience when you’re a fat-burning beast.

In this latest study, we find our suspicions validated….

While the researchers said that controlling for these variables did not abolish the link between small breakfasts or breakfast skipping and subclinical atherosclerosis, it greatly reduced the relationship.

I wouldn’t worry too much. If you currently employ a compressed eating window or IF by skipping breakfast and are the worrying sort, you could try skipping dinners instead.

Thanks for reading, everyone. Take care, be well, and chime in below with your own input!