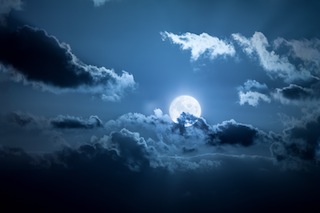 For years, we’ve thought that hunter-gatherers slept like babies: long and hard. They’d drift off as the sun dropped, lingering around the ubiquitous campfire only for a short time, sleep a good 8-10 hours, and waking up at first light bright eyed for the next day. For today’s edition of Dear Mark, I’m examining a study that calls these assumptions into question. What if hunter-gatherers don’t actually sleep any more than us? What if the absence of artificial light doesn’t lead to a ten hour session of blissful repose under the stars?

I just saw media coverage of a study on hunter-gatherer sleep habits. According to the reporting, hunter-gatherers don’t actually sleep any more than modern people living in the developed world, despite not having smartphones and other emitters of blue light. Does this mean artificial light isn’t a problem?

This is a really cool study. Researchers looked at three groups:

None of the groups had access to electricity, electronic devices, or artificial lighting. They certainly didn’t have the latest iPhones. The only light available after dark came from small campfires.

Despite the absence of late night Facebook updates, the groups all slept about the same as modern westerners: six and a half hours a night on average, or between 5.7 and 7.1 hours. They also spent roughly the same amount of time in bed. Sleep onset—when they fell asleep—varied more than sleep offset—when they woke up. Across all three groups people woke up at around the same time, so sleep duration was determined primarily by sleep onset. Most groups stayed up for a few hours after sunset.

Sleep duration may be similar between zero-electricity hunter-gatherers and electricity-addicted westerners, but the researchers found other, major differences in how we sleep:

All groups lived their lives in full exposure to the seasonal and temporal variations in ambient temperatures without access to heating or cooling systems. If it was cold out, they felt it. If it was hot, they had to deal with it. Rather than light, ambient temperature was the primary determinant of sleep onset. People usually stayed up past sunset, often going three hours into the dark, only heading to bed when temperatures fell. In the summer, the mean bedtime was 10:44 pm. In winter, it was 9:16 pm. Since wake time was similar throughout the year, they slept an average of 53 minutes longer in the winter.

Insomnia was almost absent. Neither the San nor the Tsimane even have a word for “insomnia” in their language. When prodded, 5% reported ever having trouble falling asleep and 9% reported problems with sleep duration. And only 1.5-2.5% reported having these sleep issues more than once a year. Meanwhile, 10-30% of people living in industrialized countries report chronic insomnia, and sleep disorders are so widespread in the US that doctors write over 60 million sleeping pill prescriptions each year.

They didn’t nap. Other than a few instances, the majority of San, Hadza, and Tsimane rarely napped. Folks living in industrial cultures tend to experience a mid-afternoon dip in energy, and naps are an effective way to recharge and even improve attentional capacity. Problem is we don’t get the chance to take them very often.

They usually woke right before sunrise. Contrary to industrial societies, where waking occurs after sunrise and people are likely to sleep in as long as they can (which usually isn’t very long), the majority of the hunter-gatherers’ only slept when it was dark out.

They got the majority of their light exposure in the morning. They tended to avoid a lot of light during the afternoon, probably because it coincided with sweltering tropical temperatures. This squares with clinical research finding that morning light exposure is effective in treating sleep and mood disorders. And since most people living in industrialized countries sleep past sunrise and remain indoors for those critical morning hours, they’re missing out on what may be a vital piece of hunter-gatherer sleep hygiene: maximal light exposure in the morning.

Stress increases sleep requirements (PDF). These people aren’t working 14 hour days. Heck, they may be working 14 hour weeks. They aren’t trying to convince their kids to complete their 3.5 hours of homework a night or stewing over a disappointing sex life. In short, the hunter-gatherers haven’t erected the manmade stressors that pervade our lives and make sleep such a necessary yet fleeting delicacy. This may explain why we need (but usually don’t get) naps and the Hadza, San, and Tsimane do not. Unlike 6.5 hours-a-night-sleeping people from industrialized nations, the people in this study were remarkably free of metabolic syndrome, diabetes, overweight/obesity, and all the other health conditions usually associated with inadequate sleep. They’re free to sleep more than 6.5 hours if they want or need it. They just don’t do it. 6.5 hours is, clearly, perfectly adequate for them. We want to sleep more than the 6 or 7 hours we’re allotted, but we often can’t do it.

The fact remains that artificial light negatively affects sleep in modern populations. I’ve covered this before, and the evidence is quite clear. This study doesn’t change that.

Ambient temperature is probably more important for sleep than we previously thought. We simply don’t experience the wide variation in ambient temperatures occurring, mostly because we’re no longer outdoors much. Plus, when we’re inside, we’ve got the heat going (if it’s cold) or the AC on (if it’s hot). We have the luxury of remaining at the same ambient temperature for our entire lives if we want. And boy do we want it.

This is a great paper. I’m not sure it absolves our smartphones in the bedroom habit, though.

What’s your take on the paper, folks? What else do you have to add?

Thanks for reading, everyone. Take care and have a great rest of the week.