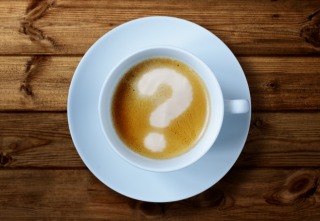 For today’s edition of Dear Mark, I’m answering several questions. First, if a person can’t have coffee but wants the benefits it provides to liver health, what else can they try? Next, what role does vitamin C play in glutathione production? Then, I explore how gelatin and collagen differ from each other, followed by a quick description of NAC. After that, I give my current favorite method for cooking greens, and end with a discussion of how breading meat with potato starch changes the meal.

What is it about coffee, exactly, and can you get the same effect from other foods? Coffee is out for me because I am so highly sensitive to caffeine.

For one, coffee is the primary way we get our antioxidants and polyphenols. You’ve got the satin-pantsed, Tao Te Ching-quoting set eating half their weight in goji berries and the paleo set binging on 99% dark chocolate, but most Westerners get the majority of their polyphenols through coffee. That’s true for Japan, Spain, Poland, and many other countries.

Two, caffeine itself has hepatoprotective effects.

Anything with caffeine is out for you. So, tea won’t work either. You need to look for things with polyphenols known to improve liver health. Luckily, many exist.

Decaf may work. One study found that people who drank decaf had lower liver enzymes, though a more recent study found that caffeinated but not decaf was associated with lower rates of liver cancer. Both studies are observational and thus limited in impact. But decaf is generally quite good for the liver. At worse, it’s neutral.

Anything purple/blue/black will help. Those colors indicate high levels of polyphenols, and things like blueberries and purple potatoes, which are high in these colorful polyphenols, show clear hepatoprotective effects. When rats are given a toxin that normally produces liver damage, blueberry protects them. When healthy white adults with borderline hepatitis drink a purple sweet potato beverage every day for 8 weeks, their liver enzymes improve.

Chocolate is good, too. Go for the dark stuff with high cacao content. Studies—albeit mostly in vitro ones—suggest a protective effect. When liver cells are exposed to celecoxib (the active drug in Celebrex), which can cause liver cancer, adding cocoa extract protects them by preventing apoptosis and inducing autophagy. In existing cancer cells (lung, in this case), however, cocoa increases apoptosis and protects against progression.

That’s a good start. Tough to go wrong with any of those.

What about Vitamin C supplementation? I understand it is necessary to help your body generate glutathione.

Can’t believe I forgot about vitamin C. Thanks for reminding me.

Yes, vitamin C can boost glutathione production, particularly if you’re already deficient. For instance, one study took subjects with verified vitamin C deficiency, gave them extra vitamin C, and tracked the glutathione content of their white blood cells. It went up. This is really important, because white blood cell glutathione protects the cells from free radical damage as they go about their business protecting us from immune insults.

I only knew about muscle meat, I didn’t know about the eggs! Also, I’d like to know if gelatine works or if collagen would be better. Thanks!

They have the same effects once you ingest them. Gelatin needs to be dissolved in hot liquid (unless you like choking down powder that coats your throat), while collagen hydrolysate dissolves in cold liquid.

I would like to see some new recipes for cooked greens.

This was a response to my request for ideas for the blog. More are coming, but here’s a quick one I really like:

In my experience, even ornery toddlers and extreme supertasters will eat this stuff.

I’ve left another comment, but thought of this: I often cover meat in potato starch and fry them, making a sort of breading. Is that a bad, good, or neutral thing to do?

Frying potato starch will create acrylamide, a potential carcinogen. French fries and potato chips are some of the foods highest in acrylamide, which may partially explain why eating lots of them tends to correlate with poor health. You can reduce its formation, though. Certain spices and plants like clove extract and grape polyphenols inhibit acrylamide formation during the cooking of starches. Rosemary, too, can reduce it. I’d imagine other antioxidant-rich plants, herbs, and extracts would have similarly inhibitory effects. Next time you prepare your potato starch breading, include some ground rosemary.

You’re going to absorb more of the cooking fat, which will increase the amount of energy you take in. Frying at lower heats absorbs more oil, so stick to higher heat for short bouts.

You’re also going to increase the carb content. Not by much, but by some. Next time you do this, measure how much potato starch you use and how much actually ends up on the meat. A tablespoon of potato starch has 10 grams of carbs, or 40 calories.

Thanks for reading, folks. If you’ve got anything to add, do so down below. Take care!