CrossFit’s Criticism: How Do I Eat Enough Carbs on Primal? 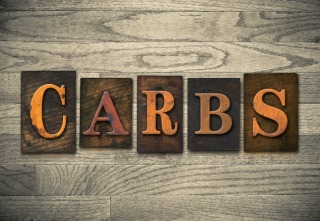 By far the single most common criticism levied against paleo by CrossFitters is that it’s too damn difficult to eat enough carbs to maintain performance during workouts. There is definitely truth there.

CrossFit workouts are intense. Your muscles need fuel to support intense movements, and they need it immediately and repeatedly. Glycogen just works better for that. It’s a matter of logistics. Glycogen is right there in the muscle, ready to go. It’s settled, sedentary, tethered. The fatty acids we burn are unencumbered, nomadic, going where they’re needed. That’s why we call them free fatty acids.

Furthermore, glycogen requires less oxygen to burn than fat. As your average CrossFit workout has you out of breath within the first minute or two, glycogen is a CrossFitter’s best friend.

If you don’t believe me, perhaps this 2016 study will convince you. It was a unique one because they took actual CrossFitters following a moderate-low-carb diet (around 200-ish grams per day) and separated them into two groups. One group stayed moderate-low, the other bumped their intake up to 400-500+ grams per day. Both maintained normal 3 on, 1 off CrossFit training schedules. They gave performance tests before and after the diet shift, using the Rahoi WOD (as many rounds as possible in 12 minutes of 12 box jumps, 6 95-lb thrusters, 6 bar-facing burpees). The higher carb group saw bigger improvements than the moderate carb group—an 11.1% improvement vs a 4.5% improvement.

Clearly, both groups were able to improve performance. However, if performance is your PRIMARY goal, then more (especially quality) carbs are likely to help. I’ll cover more on goals in a future post….

Standard Primal defaults to lower carb because it’s enough for most people. If you take a look at the Primal Blueprint Carb Curve, you’ll notice that 150 grams/day is the recommended level for people interested in maintaining body weight and supporting an active lifestyle. As anyone with a decent head on their shoulders, a cursory knowledge of how fat, carbs, and protein work, and functioning eyes can tell you, the vast majority of the population has no business consuming a high-carb diet. Few people do the type of work that requires “carb-loading.” As a result, 150 grams is plenty for your average man or woman.

Many of my readers got into Primal looking to lose weight, and low-carb, high-fat is the simplest, most effective way for most people to do that.

I’m doing a keto experiment right now, and I’ve got a keto book coming out in a few months that will talk more about that choice and the science behind it. Personally, I run best on high-fat. It works for my goals, desires, and predilections.

But the beauty of this way of life is that what I or anyone else eats does not determine what you “have to” eat.

Allow me to dispense with some common misconceptions about Primal eating and carbohydrates that CrossFitters might hold:

We’re not against carbs. Carbs are an elective source of calories to be divvied out according to training volume, performance goals, and individual variation in tolerance/desire. If you’re regularly engaging in CrossFit WODS or other types of anaerobic activity (e.g. HIIT, sprinting, heavy lifting, mid-to-high intensity endurance training, sports like soccer, basketball, football), you should probably eat around 100 extra grams per hour of anaerobic output. If I come off as a carb basher, it’s only because I assume that most people aren’t doing the kind of activity that warrants carb-loading. CrossFitters are not those people. They can use the carbs.

We don’t carb-load with kale. All those horror stories of paleo CrossFitters trying to replenish glycogen by eating four pounds of broccoli in a single sitting? That doesn’t happen on Primal. Around here, above ground vegetables—leafy greens, cruciferous vegetables, summer squash, mushrooms, asparagus, and other non-starchy plant matter—are fair game. They don’t “count” against your carb intake, either because it’s more fiber than glucose or because it takes more glucose to digest than it provides.

We’re more concerned with carb quality, not quantity. Nutrient-poor, refined sources of carbohydrates might refill glycogen, but that’s about all they do. If you need more glycogen, it’s far more advantageous to your health and your performance to get it through nutrient-dense, whole sources of carbohydrate. To do otherwise is just missing an easy opportunity for more micronutrients.

What are some starchy or carb-rich foods one can eat on Primal?

By now, it’s clear that you can eat as many carbs as you need on a Primal eating plan. There’s nothing stopping you. You won’t butt up against any rigid ideology.

However, there are some things to keep in mind before you start mainlining Japanese sweet potatoes.

Once replenished, muscle glycogen doesn’t disappear. If you refill your glycogen stores with a huge post-workout sweet potato, walking the dog, playing with your kids, or going shopping will barely budge your muscle glycogen. When the next workout rolls around, you’ll be ready.

I can’t tell anyone what to do. I can give good information that represents the science as I understand it, and the rest is up to you. And I always recommended an N=1 experiment. Take careful note of of how many carbs you ate on any given day, when you ate them, and how you felt, performed and slept. See what you notice.

For what it’s worth, I have it on very good authority that you can get enough carbs while staying Primal to support and improve your performance in CrossFit.

Thanks for reading, everyone. Stay tuned for the next installment of the series next week.