CrossFit Training: How to Lose Fat with Primal 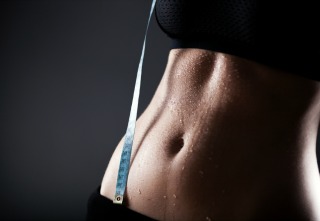 Note: Many of you have written to me wondering about my newfound obsession with CrossFit. I’m responding to a steady stream of requests from CFers who want to do Primal but have been led to believe that the two are incompatible. Even if you have no interest in CrossFit, understand that much of the advice contained in this series also applies to people following a different training path.

As much as CrossFitters claim to concern themselves primarily with increasing physical performance and work capacity across broad modal domains, they also want to lose body fat. There’s nothing wrong or superficial about that, mind you. Excess body fat is unnecessary and, depending on the quantity and location, dangerous to your long-term health. It also impedes performance, acting as dead weight. We have every reason to want to lose body fat.

CrossFit is well-known for leaning people out. But there’s also a small but significant portion of people who struggle to lose body fat despite—or perhaps because of—hitting the box religiously and doing all the workouts. This post is for them.

What about Carb Intake? How Much and When?

Many people ask, “I’m CrossFitting. Should I go low-carb or high-carb to lose body fat?” My answer is “yes.”

You heard me right. You should do both. As I explained in a previous post, CrossFitters require carbs. How many depends on their level of fat adaptation, the intensity with which they train, the training volume they accrue, and other factors, but the fact remains that CF workouts are very glycogen-demanding. If you want to maintain and increase performance, you need to refuel that glycogen, and starchy carbohydrates are the best way to do it. Revisit the carb/CF post to get some ideas on good Primal sources of starch.

But it’s not just about recovery. Eating the carbs you earn can actually enhance fat loss. Here’s how:

If you engage in glycogen-depleting activity, your body will want to replenish the glycogen. You can do so by either eating the glucose directly or making it.

If you burn carbs and don’t replenish them, you’ll trigger a stress response to initiate gluconeogenesis (the creation of new glucose). This means cortisol goes up.

If cortisol goes up and stays up, you’ll lose lean mass (to provide amino acids to convert into glucose) and retain/gain body fat.

In most people, consistent low carb will help you lose weight, but the glucose demanded by CrossFit will trigger muscle loss and fat gain if the demand goes unmet.

But on rest days, where you’re not expending much glycogen, there’s no good reason to “carb up.” On the contrary, you want to keep insulin low to promote fat-burning. That means low-carb.

What about Calories? They Matter, Right?

Most people fail with carefully-curated calorie intakes. Counting calories seems to work a bit better if you’re training regularly, eating high quality, nutrient dense food that doesn’t interfere with satiation mechanisms, and eating plenty of protein. But even then, I’m skeptical. It’s just too much work for too little gain for most people, and there’s a good chance it fails. I find it far more effective to let your body control its own calorie intake.

That’s where the oscillation between high-carbs on training days and low-carbs on rest days shines:

I anticipate some questions about what “higher carb” means in terms of grams. The answer is, it depends. It depends on your own genetic predisposition, how many days a week you’re at the gym, your gender (men tend to burn through glycogen faster then women) and your other mitigating lifestyle factors. With that qualifier in mind, my thought is pick a starting place that makes sense to you, say 150-200 grams on your training days, and see if your level of activity/glycogen depletion supports it. On rest days, if you stick to keeping your carbs to non-startchy veggies, then you are likely in good shape.

What about Nutrient Timing?

While I wouldn’t worry about nutrient timing to the point of inducing a panic attack if you get hungry at the wrong time, eating the bulk of your carbohydrates shortly after an intense training session offers several advantages:

Glycogen depletion is local. The muscles you use are the muscles that lose glycogen. Since CrossFit workouts tend to target the entire body, you’ll create a large glycogen debt that can be safely repaid.

You can take advantage of a process called non-insulin dependent glucose uptake. This allows your muscles to gobble up glycogen without needing insulin to do it. The more intense your training, the greater the effect.

These post-exercise enhancements to glycogen repletion last for about three hours on average, so you don’t have to rush.

You have even more time to eat protein and take advantage of enhanced muscle protein synthesis following a workout. Four hours after a heavy training session, muscle protein synthesis is elevated by 50%. At 24 hours post-workout, it’s up by 109%. At 36 hours is when it begins returning to baseline. For all intents and purposes, protein timing isn’t all that important. Just make sure you eat it.

Men and women may want to consider the following study done for the BBC last year, where Dr. Adam Collins placed men and women on different meal/workout timing protocols to see how they’d affect the fat-burning ability of both genders. For four weeks, participants took part in three weekly Zumba sessions (yeah, yeah, far from CrossFit) and either received a carb-rich drink pre- or post-workout. Women who ate carbs before training burned more fat, while men who ate before burned less. Men who went into the workout on an empty stomach and ate carbs after burned more body fat, while women who ate after burned less.

Though the short study didn’t note any differences in body weight or waist circumference, it presages a difference between how men and women respond to meal timing that could affect fat loss over the long haul. This jibes with my experience. I’ve always done well training on an empty stomach. Though I’m not exactly interested in losing body fat, I am interested in burning more fat—while the women I’ve worked with and consulted over the years function better when they eat prior to workouts. There are exceptions to everything, of course, but that’s the trend.

Primal truly shines in its dedication to all the “other stuff”—the lifestyle variables that play massive roles in our health, happiness, and fitness. Though fat loss depends mostly on diet, some of these other variables can impact fat loss.

I include these as a pair because they form a vicious circle of metabolic derangement. Bad sleep can increase stress, which can affect your sleep. And on and on it goes.

We know from observational research that people who sleep the least and report feeling the most stress lose the least amount of weight.

Poor sleep makes junk food more enticing. It literally makes your hypothalamus respond more enthusiastically to the sight of the food you know you shouldn’t be eating. Some people are “stress eaters,” eating the sugariest, saltiest snack they can find to dampen the stress of everyday life. The thing about CrossFit is that you can probably “get away” with more junk and not gain much at all, but you’ll definitely lose fat more slowly.

A bad night’s sleep also impairs insulin sensitivity across multiple metabolic pathways, making you less tolerant of carbs and requiring more insulin to do the job.

It’s absolutely imperative that any CrossFitter intersted in losing body fat optimize their sleep hygiene and get a handle on their stress levels. That could mean going to bed before 10 PM, wearing weird-looking orange goggles at night, or moving from the 5 AM class to the 6:30 AM class. It might mean finally trying meditation, doing regular float tanks, or spending more time in nature. I’ve written a ton on both sleep and stress, so check out the recommendations in those posts for more ideas.

Walking might feel like a waste of time. What’s the point of spending time doing something 95% of the planet can perform when you could be squatting, snatching, or doing box jumps?

Long, frequent walks in an energy-restricted state (as you should be on rest days) are one of the better tools for easy (but not quick) fat loss. At that level of intensity and volume, you’re running on pure body fat.

On rest days, don’t just binge Netflix shows. Get up and move around. Walk. Hike. You could even go for a long leisurely bike ride or do some really light rowing for long distances. The key is going at a pace you can maintain indefinitely.

That’s it for today. That’ll get you a big part of the way toward losing body fat. If anyone has any questions about the topic, go ahead and leave a comment.