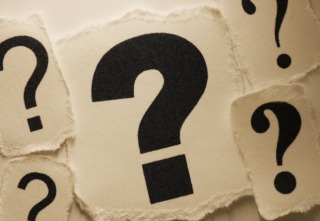 For today’s edition of Dear Mark, I’m answering questions from the comment section of last Thursday’s post on CrossFit, Primal, and carbs. First, I use a comment from Dave to expand on the idea of earning your carbs and eating the carbs you earn. Second, I discuss the notion of athletes using cyclical low-carb diets. Would their performance suffer? And finally, I go over a few more starchy carb sources allowed on the Primal eating plan that I forgot to mention last time.

My only issue is that after a lifetime of being overweight my initial instinct is always to restrict carbs when in fact I know that I need more.

Dave, your comment reminded me of something I meant to discuss.

Everyone’s familiar with the idea of “earning your carbs.” If you’re going to eat a lot of carbs, you should earn them by depleting glycogen. Other ways to earn carbs include getting pregnant, being pregnant, and breastfeeding. There’s a subtle flip-side to that, which few realize: If you earn the carbs, eat the carbs.

Folks who kill themselves in the gym, then ignore their bodies’ request for dietary glucose aren’t doing themselves any favors. I love gluconeogenesis as much as the next guy, but if gluconeogenesis can’t keep up with your carb demands—and CrossFit WODs create quite a demand—you should eat some carbs. Refusing to eat carbs when your depleted muscles are screaming for more creates a stress response. That means cortisol, which triggers gluconeogenesis and in excess, blunts fat loss, opposes testosterone, and promotes belly fat accumulation.

Less testosterone is bad for fitness and physique gains. That goes for men and women, by the way.

Belly fat is terrible for your health. Adipose tissue is an endocrine organ in its own right, and belly fat secretes large amounts of IL-6, an inflammatory cytokine strongly correlated with systemic inflammation.

Some worry about the insulin response. I don’t blame you. Hyperinsulinemia and insulin resistance are major issues in the modern world. Most people should be trying to limit insulin. But if you time your carb intake right, and you’ve just trained hard, you won’t even need very much insulin to shuttle that glucose into those muscles. You’ll trigger a little pathway called non-insulin dependent glucose uptake, leaving your body free to liberate stored body fat as needed. See how things work out when you earn your carbs then eat them?

I’d like to know if someone is fat adapted and employs a cyclical or targeted ketogenic diet can get the same or better results doing competitive crossfit as someone who eats a high carb diet. Any thoughts?

That said, I think it could work if you were meticulous about it. And I know that fat-adaptation is going to help any athlete. Everyone can benefit from wringing as much intensity as they can out of fat-burning. Everyone benefits from having a little more glycogen saved for the end.

There was the study I referenced last week where elite walking athletes either went low-carb/high-fat, high-carb/low-fat, or cycled low-carb and high-fat. Both the high-carb and cyclic low-carb groups beat the low-carb group. So clearly cyclic can work, at least for elite race walking. That’s not CrossFit, but it’s the best we have to go on.

Let’s keep a few things in mind when analyzing this study.

The low-carb, high-fat athletes lost a lot of weight. They didn’t set out to lose weight. They were already lean and healthy—elite athletes, remember? When the obese lose weight, performance improves. They’ve got extra weight to lose. When the fit and lean lose weight, performance often suffers. They don’t have anything to lose, so lost weight probably comes from muscle. Allowing ad-lib eating rather than isocaloric eating, as happens in real life, could have prevented the weight loss. Alternatively, the researchers could have added calories to the low-carb group to avoid weight loss.

The study ran for 3 weeks. Three weeks is the bare minimum for an athlete to become keto-adapted. I’d like to see this same study extended for a few more months, allowing optimal adaptation to the diet.

Yet the cyclical low-carb group did just as well as the high-carb group.

There are so many more primal sources of high-carb, high-energy foods than are mentioned here… Don’t forget winter squash, turnips, parsnips, beets, plantains… And if you need calorie-density, fry starchy things such as potatoes and plantains in bacon fat til they are crispy! Delicious, nutrient-dense, and sustaining fuel! Use your food imagination!

Yeah, I forgot a few. Thanks for the reminder. I’ll go over the ones you mention, then maybe add them back to the original post.

Winter squash. Underrated. These are the perfect starch source for the person who’s still not quite sure about eating more carbs. A cup of cubed butternut squash contains 16 grams of carbohydrates. Compare that to a cup of cubed sweet potato with 27 grams, or a cup of diced white potato with 28 grams. Winter squash also tends to be a good source of magnesium, potassium, and manganese.

Beets. A cup of beets contains around 13 grams of carbs, mostly sugar. About half of sugar ends up refilling liver glycogen, with the rest being available to muscle glycogen, so beets are fair sources of carbs for athletes. Beets are also good source of potassium, manganese, and folate. Most importantly for athletes, beets have a ton of nitrate, which can boost nitric oxide production and improve endothelial function and blood flow, and improve athletic performance:

Parsnips. A cup gives you almost 24 grams of carbs, plus a good dose of magnesium, potassium, manganese, and folate.

Turnips don’t make the cut. They’re perfectly good to eat, just not as a reliable source of starchy carbohydrate.

That’s it for today, folks. Thanks for reading, and keep the questions coming!