This is not a weight loss story, though I’ve been immensely impressed with the numerous weight loss success stories here on MDA! If anything, this is a weight gain story. It is a war story about a fight against inflammation and auto-immune disease. It’s a story about how a chronically tired, shy, uncompetitive, wimpy (though smart and artistic) teen began to grow into a chronically tired, shy, uncompetitive adult…and eventually into deteriorating health. 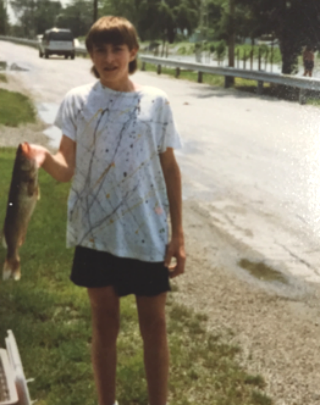 I was always that scrawny kid growing up. At 16, my first driver’s license had my height and weight at 5’10” and 135 lbs. Looking at old childhood photos, I had a classic, distended “wheat belly.” Constipation was normal for me right up until, at age 24, stool habits gradually transitioned from once every few days to several times per day with severe cramping, gas, diarrhea, etc. I was diagnosed with Crohn’s Disease.

Over several years I saw numerous gastroenterologists and had most of my colon removed. Never was I told to follow any particular diet other than “avoid what bothers you.” The SAD diet was normal, and I was told that many vegetables made Crohn’s symptoms worse. Even the hospital dietitians were ignorant on all things dietary, except for fats, carbs, proteins, calories, and their ratios. As hard as it was to get good nutritional advice, it was even harder to find advice tailored to a person with a full colectomy and ileostomy! At my lowest point (I wish I had a picture of this) I was down to 119 lbs…at 5’10”!!!

Fortunately, my crazy, hippy aunt Joyce (don’t we all have a crazy hippy aunt or uncle?) was kind enough to encourage me to explore diet more on my own. She was mostly vegetarian at the time. I also had enough of a scientific background and enough love and respect for my hippy (and also very healthy aunt) to understand that she was right. After all, why wouldn’t diet play a role in gastrointestinal disease??

I had been pre-med in college, but as a result of my discontent with the medical community, I finished my biology/chemistry degree and went into industry. In 2005 I left Toledo, Ohio and moved to Portland, Oregon. WOW! What a cultural shift, and definitely for the better! I discovered a “thing” called Naturopathic Medicine. Of course, it’s more than just a “thing,” but it was hard to convince my parents of that! After an appointment at the student clinic at the National College of Natural Medicine, I enrolled in the Naturopathic Doctor program which I completed in 2012.

What a shift in paradigm! Not only was I feeling better than ever before with fewer Crohn’s related bowel troubles, but the whole philosophy of naturopathic medicine fit perfectly with my own beliefs that I was just starting to form. Studying to become an ND got me about 80% towards excellent health, but even in ND school, paleo eating is not the norm. Gluten free was all the rage, especially for desserts, and the anti-inflammatory diet was a treatment to be prescribed, but paleo? That didn’t sit well with the vegetarian nutrition professor that taught half of our nutrition program. 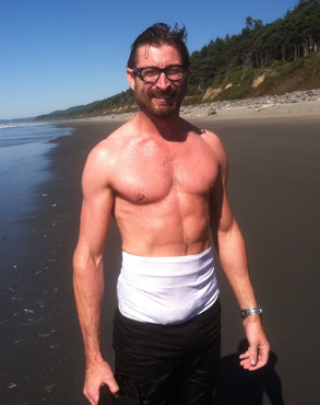 Fortunately I came upon MDA in my own private study. THIS was THE TICKET! It was The Primal Blueprint that finally allowed me to dial in my nutrition to the point of being completely pharmaceutical free, inflammation free, symptom free, and up to a normal weight! I’m now 5’10” and 170 lbs and at almost age 40 I feel better than I have ever felt in all of my life! The ileostomy will always be a part of my life, but I dare to say I am Crohn’s free – permanent remission!

Now, as a physician, I get to help hundreds of people per year improve their health. Almost all of them get a printed “Definitive Guide” depending on their unique situation, and a recommendation to read The Primal Blueprint.

Thank you to this entire community!!! It was YOUR SUCCESS STORIES that motivated me to dive into a Primal way of life—your stories that convinced me of it’s legitimacy, feasibility, and effectiveness.