CRISPR: What Does Gene Editing Mean for the Future of Primal Living? 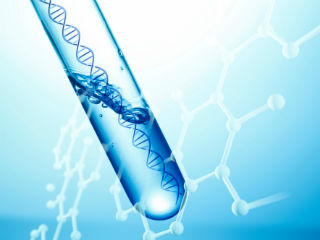 By now, you’ve no doubt heard of CRISPR, the latest gene-editing tool sweeping research labs across the globe. It was first discovered in certain strains of bacteria, who use it as an important weapon against dangerous viruses. In bacteria, CRISPR identifies a virus that poses a threat, records the virus’ genetic data and imprints it onto RNA molecules. An immune enzyme called Cas9 grabs one of the RNA molecules and goes exploring. When Cas9 encounters a virus that matches the data on the RNA molecule, it latches on and slices the virus in half to prevent it from replicating and posing any threat.

Researchers have co-opted the CRISPR/Cas9 mechanism to edit genes. Instead of copying dangerous viral DNA sequences onto the RNA molecules, they can copy over any sequence they want to edit. And instead of Cas9 destroying viruses, it makes precise cuts and removes specific bits of genetic data from the designated sequence. This allows researchers to target and edit specific gene sequences with genetic data of their choosing.

Although we know how to program Cas9 to make specific edits to genes, it’s not always accurate. Sometimes the wrong portion of the sequence is removed and replaced. Other times, Cas9 slices the right sequence but, once inside the cell, starts editing other sequences. Early CRISPR editing accuracy varied wildly, with some studies reporting many “off-target” events and others reporting very few. As you might imagine, editing the wrong genetic sequence defeats the purpose of CRISPR entirely and can even create new health conditions.

The latest updates to the CRISPR tech have made huge strides in accuracy. Using edited Cas9 enzymes from Strep. pyogenes, MIT and Harvard scientists have nearly abolished off-target events, as evidenced by a study from late last year.

Right now they use a composite human genome, a kind of “standard” or “template,” to map and avoid the potential off-target interactions. But in actual real people (or embryos), every genome is unique. No standardized genome map can account for that.  So the predictive model that works so well in the lab on a homogeneous sample might not play out the same in the real world.

Assuming those get ironed out, what’s the prospect of hyper-intelligent designer babies?

Second, preventing diseases is easier. Want to reduce your chance of Alzheimer’s? Modify your APOE gene. Improve your chances of avoiding breast cancer? Edit the BRCA1 and BRCA2 genes. Cystic fibrosis depends heavily on a single gene, too.

I won’t go over every potentially beneficial edit we can make to our genes with CRISPR. You name a trait or disease and it can probably be modified with genetic editing. The environment and other epigenetic inputs matter too, of course, but genes underlie everything.

Assuming we do figure it all out, identify all the SNPs that interact with the traits and conditions we want to edit, could CRISPR render Primal living, eating, and exercising moot?

After all, some people are just impervious to metabolic derangement. They’re set up for lifelong leanness, health, and longevity, mostly because of their genes. That can be replicated, assuming the technology works. If genetic editing turns every incoming human into that lucky jerk in your high school who sat around all day eating McDonald’s and never gained an ounce while dominating three varsity sports, many people will give up their gym memberships and stop shopping the produce aisle.

I’m sure, given enough time, scientists will figure out a way to edit genes so that we never have to exercise, watch what we eat, or worry about our health ever again. We’ll become superworkers, impervious to stress and able to function (and stay healthy) on three hours of sleep a night. We’ll have the option to become energy-wasting (eat all you want, whatever you want, never gain an ounce) or energy-conserving (thrive on a few hundred calories a day, never get hungry) organisms. We’ll be able to reduce our vitamin D requirements or enhance our vitamin D synthesis to the point where a minute of sunlight every week is plenty.

The foods, behaviors, exercises, and lifestyle factors that make us healthy aren’t purely utilitarian. And even if they are, we don’t see them that way. Evolutionary pressures work below the conscious level. The pleasure of sex incentivizes us to spread our genetic material. The spread of our genetic material is the proximate cause, but that’s not what motivates us in the moment. It’s the pleasure.

We may not have to practice “lots of slow moving,” but isn’t walking barefoot over grass or along the beach kinda nice?

We may never have to trail run through the redwoods, but damn if that isn’t a gorgeous, sacred way to spend an afternoon.

I don’t think those reactions to Primal practices go away.

If anything, people being able to ensure their health and fitness will allow them to focus on the pleasure, meaning, and fun the Primal lifestyle offers.

And there will be other edits we can make down the line that can enhance our quality of life and arguably make us even more Primal.

Like the myostatin gene, which regulates muscle growth. Scientists have successfully and reliably used CRISPR to produce myostatin knockout rabbits, cows, goats, mice, and pigs. They get enormous. Take a look at this myostatin knockout dog. Or this bull. Or these rabbits. Or the mice in this study (PDF; just scroll down).

In resource-limited environments, like our ancestral backdrop, it made sense to have myostatin. Extra muscle required extra calories. We didn’t need to look like Terminator-era Arnold to be effective hunter-gatherers. These days, we don’t have to hunt or forage for our food. We just walk down to the market and buy whatever we want. It’s cheaper than ever before. We can eat about as much as we want. We can enjoy big muscles even if we don’t really need them.

And why not? It may even improve the aging process.

People tend to imagine the worst kind of dystopian cyberpunk future: genetic ubermensch striding around gleaming cityscapes doing calculus in their heads while the un-engineered lower classes battle over the scraps and rely on government-funded feed pellets and VR.

Yet the latest tech isn’t walled off from the middle and working classes. Take the smartphone for example. 20 years ago, only the likes of Zack Morris and Pablo Escobar (yeah, I know it’s from Narcos) had mobile phones. Today, there are nearly 3 billion smartphones in circulation worldwide and by 2020, there’ll be over 6 billion. That’s space-age technology—palm sized devices that contain all the world’s knowledge and wisdom and information—and it’s available to almost half the world, from Nigeria to Nice to New Zealand.

CRISPR itself is quite cost effective and accessible, and not just to research centers and universities. DIYers are putting together CRISPR labs at home for $1000 and using software to design custom genetic sequences. A recent Kickstarter offered CRISPR kits that fit on your kitchen table for under $200. I expect it’ll only get easier and cheaper.

We’re a long way away from in vivo genetic editing of large adult mammals. There are major hurdles to that, like that fact that you don’t immerse yourself in a CRISPR bath that permeates your tissues. You can’t swallow a “CRISPR pill” that modifies all your adult DNA. It doesn’t “know” where to go without you delivering it to the right tissues.

But editing human embryos shortly after conception is a viable way of altering the genetic makeup of an (eventual) adult. The Chinese are beginning trials in human embryos. Pretty soon, parents will be able to select the traits they desire in their children, or even send CRISPR-ized nanobots into the placenta with editing instructions. I fully expect the first human to break a 9 second 100m dash will be a CRISPRed Chinese guy.

Still, maybe the biggest hurdle of all is our incomplete knowledge. We need broader genetic datasets, incuding genomes from different ethnicities, to untangle and identify the SNPs that cause traits (especially complex ones) and conditions. At this point, we just don’t know if (or where) many “genes for” this condition or that trait exist.

We’ll get there. Or maybe the next generation will. Who knows?

Either way, I think it’s very cool and exciting.