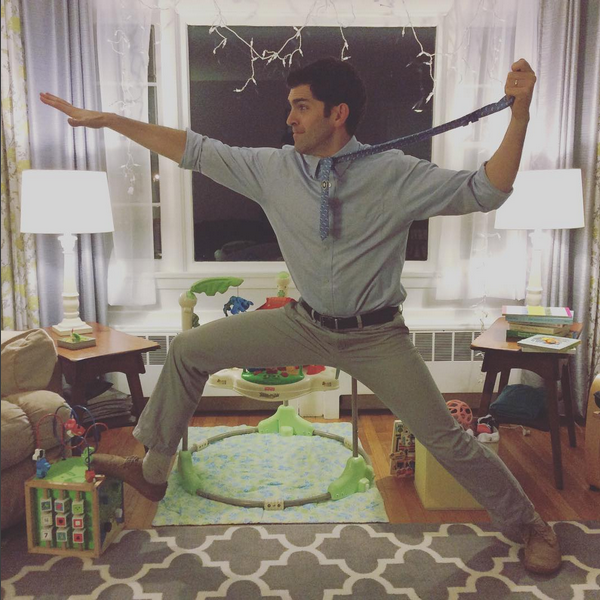 Earlier in the challenge, I asked people to pose like Grok for a chance to win a pretty epic prize. The rules were simple, but the ingenuity and thought put into every submission were far from it. So after much posing, primping, and staging, we have a winner…

Congrats to @PaleoFam321X, who was randomly selected from the list of submissions to win $1,000 to spend at PrimalBlueprint.com!

And a big thanks to everyone who sent in a picture. I’ve posted them all below. What do you think, folks? Who hits the most accurate pose? The most creative? The most intense? I’ve got to say, I’m impressed by each and every one of them. Maybe a few of you have future careers as Stone Age models? Eat your offal out, Calvin Klein.

Stay tuned. I’ll be publishing reader-created content all week long. In the meantime, Grok on!

They call me Goodies Against The Grok! #grokinthewild @marksdailyapple

My submission for the @marksdailyapple Grokpose Contest with my atlatl spear and nothing but shorts on a frigid Maine winter day. My feet went numb for a little while after this.. Had to do some sprints and squats to warm back up 🙂 thanks to my lovely photographer @deerdharma for taking this and laughing as I hop and squeal from the cold ????#grokinthewild

Ha, last minute entry for the 21 day primal is delayed lol but hey, here it is! #marksdailyapple #grokinthewild

As elusive and hard to capture on photo as bigfoot, lockness, yetti and chupacabra, the Gork hunts his prey in the Rocky Mountains as shot by a hidden nature camera. #grokinthewild @marksdailyapple