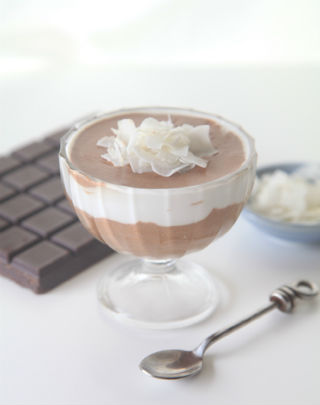 Irish moss is a type of seaweed that grows along the Atlantic coasts of Europe and North America. Like most sea vegetables, Irish moss is high in iodine, magnesium, calcium, manganese, zinc, bromine, and other minerals. It’ s also a source of carrageenan, the jelly-like thickening agent used to thicken a variety of food products.

Irish moss isn’t something to eat every day, but transforming seaweed into gel is a fun little experiment. Plus, there’s a burning question about Irish moss that needs to be answered. Can pudding made from seaweed actually taste good? Not just tolerably good, but really good?

When a package of Irish moss is opened and a strong aroma of ocean wafts out, it’s hard to believe that throwing seaweed in a blender with chocolate is a good idea. But once it turns into gel, Irish moss has only a slightly detectable flavor that’s completely masked by chocolate, espresso and coconut. The espresso powder in this version of Irish moss pudding is an especially nice addition, giving the pudding a more complex dark chocolate flavor.

The allure of Irish moss for many is that it gives desserts a creamy texture without adding any dairy. This pudding is creamy, no doubt, though not quite as rich and velvety as pudding made from whole milk. But the Irish moss gel also means that cornstarch and loads of sugar can be skipped too, which makes this pudding even more appealing.

Time in the Kitchen: 15 minutes, plus 4 to 12 hours to soak the Irish moss

Before making the pudding, the Irish moss must first be turned into gel.

The thickening power of Irish moss varies from batch to batch, so exact measurements aren’t always going to yield the exact same results. Think of the measurements below as estimates. As a general rule, a handful of the moss plus just enough water to cover it in the blender is about right. The texture of the gel can be fairly loose; don’t necessarily expect a texture as firm as Jello. For this reason, pudding is the easiest dessert to make with Irish moss because it’s very forgiving and doesn’t require a firm, sliceable texture. 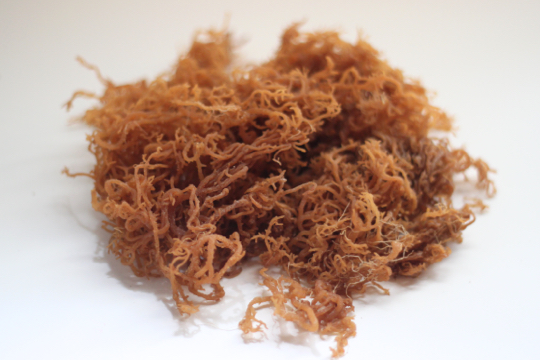 Rinse the Irish moss thoroughly in several rinses of water. There will be a good amount of sand and debris to wash away.

Cover the rinsed Irish moss with cold water and soak 4 to 12 hours. Most packages of Irish moss will have a recommended soaking time.

Drain the water from the moss. The moss will have at least doubled in volume. Chop the moss up with a knife or kitchen shears. Measure out about 1 cup/4 ounces/113 g of the soaked, chopped moss and put it in a high-powered blender (like a Vitamix).

Add the 3/4 cup cold water and blend on medium speed for 3 to 5 minutes until the moss and water have turned into a very smooth gel.

Keep the gel in the refrigerator if not using immediately. It will stay fresh about a week. 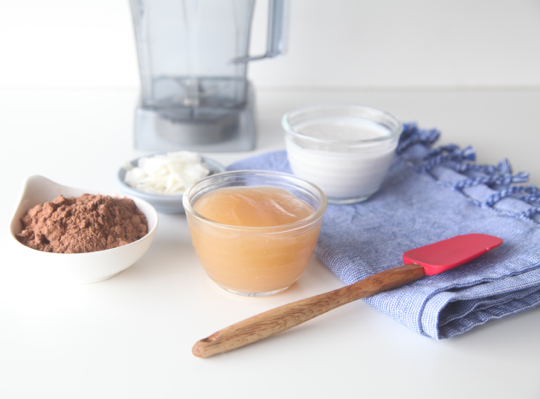 *The amounts of maple syrup and cocoa powder can be increased if you like, for a sweeter and more chocolatey pudding. 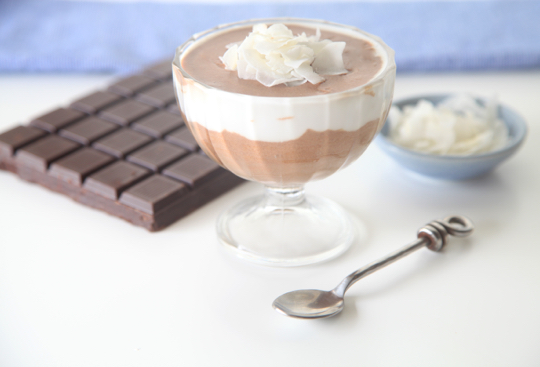