Chicken Livers with Mushrooms and Herbs 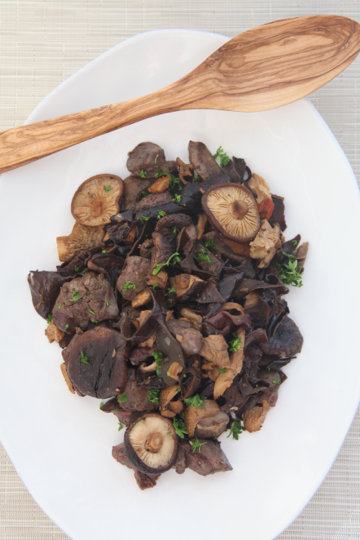 Chicken livers are not, perhaps, the first thing your eyes are drawn to in the butcher’s case. Most people don’t salivate over a slippery mound of raw livers like they do over a thick steak. However, chicken livers are a primal food that you should be eating more of. They’re high in folate, zinc, vitamin A and copper. They’re also really affordable. This recipe, combining chicken livers with lots of fresh herbs and exotic mushrooms, turns a typically homely plate of livers into a rather stunning appetizer or main course.

What you get from this recipe is lot of umami flavor. When you’re buying dried mushrooms, look for a mix of different types like porcini, chanterelle, oyster, lion’s mane, or anything else you can find. Even throw in some morels if you want to splurge. You’ll notice the mild, creamy chicken livers in the dish, but really, mushrooms are the star of the show here.

Time in the Kitchen: 20 minutes to soak mushrooms, plus 30 minutes cooking time 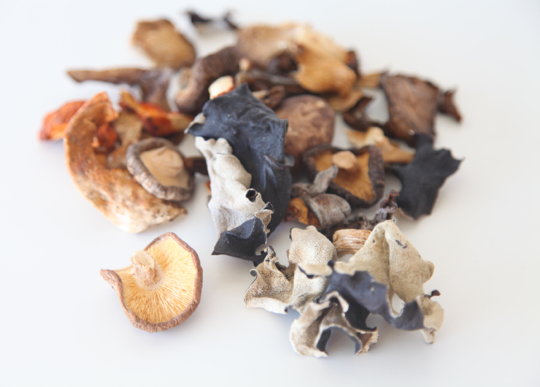 Soak mushrooms in room temp water for 20 to 30 minutes to soften the mushrooms. Drain in a colander, reserving the soaking liquid in a large bowl.

Season livers with salt and pepper (about ¼ tsp of each).

Cook the livers, turning them until browned on both sides but still slightly pink on inside, about 4 to 5 minutes total. Remove from pan. 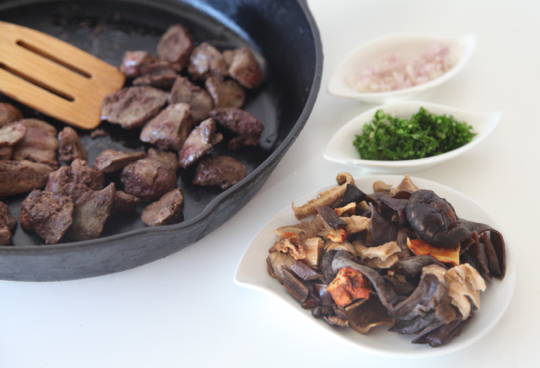 Add the vinegar to the pan to deglaze, using a spatula to loosen any bits of liver. Add the last tablespoon of butter to the pan. After it melts, add shallot and mushrooms. Generously season the mushrooms with salt and pepper as they cook.

Cook the mushrooms a few minutes more; if they still seem too chewy, add another ½ cup of the mushroom soaking liquid and cook a few more minutes.

Add the chicken livers back to the pan, toss with the mushrooms to reheat.

Add the parsley and thyme before serving.

If you like, garnish with a dollop of crème fraiche. 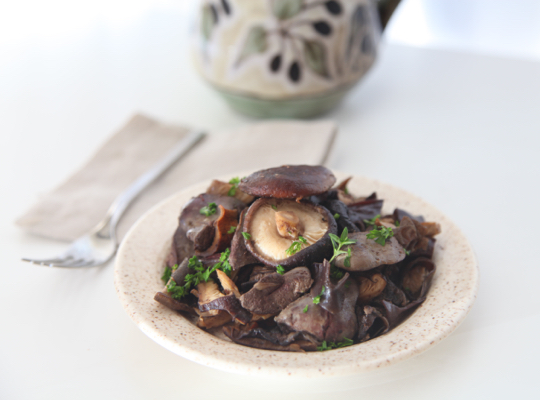