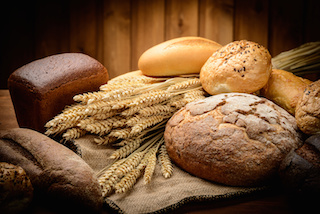 It’s about that time again, folks. The sixth meeting of the 2015 Dietary Guidelines Advisory Committee has recently drawn to a close. Just one more meeting remains until the absolute final word on how to eat healthily and stave off chronic disease, obesity, and early death forever becomes available for public consumption. Isn’t it grand? We can all just sit back, turn off our brains, close down the PubMed tab, and receive premier nutritional recommendations that do all the work for us. I’m serious. Stop thinking so much. The impending recommendations come from high up: a Committee composed of Important People and Experts with your best interests in mind.

Well, that’s what they want you to think. In reality, these guidelines are likely going to have a lot of shortcomings, inconsistencies, and outright errors – just like the previous guidelines – and they deserve criticism and scrutiny.

The Healthy Nation Coalition, whose director is Adele Hite, talented purveyor of the brilliant Eathropology blog, has produced a scathing letter detailing the specific shortcomings, failings, and falsehoods found in the past and likely future Dietary Guidelines. Though it’s addressed to Tom Vilsack of the Department of Agriculture and Sylvia Burwell of the Department of Health and Human Services, the Healthy Nation Coalition’s true target audience is “broad-based and includes scientists, health care practitioners, ranchers & farmers, health advocacy groups,” and people like you guys. You can read it here.

So, what’s their beef with the Guidelines? The Coalition’s letter submits five points of contention. I’ll go through each one of them in turn.

They have contributed to the increase of chronic diseases.

Since 1977, the Dietary Goals have suggested that Americans interested in living longer and avoiding chronic diseases like diabetes and cancer should eat less saturated fat and cholesterol from animal foods and eat more grains (and grain products) and vegetable oils. That message has never changed. The Food Pyramid held firm, even amidst growing rates of the diseases it was supposed to prevent.

Critics contend that Americans simply didn’t Pyramid hard enough. They say we didn’t follow the guidelines, and that’s why disease increased. There’s a glimmer of truth there. Americans don’t eat the recommended number of vegetable servings a day, for one. But by and large, we have heeded the main recommendations stressed by the Committee: we reduced the amount of saturated fat and cholesterol in our diets (from foods like eggs, whole milk, butter, and red meat) and increased our consumption of grains and vegetable oils.

They have not provided guidance compatible with adequate essential nutrition.

The guidelines focus too much on what not to eat (animal products). And when they do tell us to eat certain foods, their advice is predicated on what those foods do not contain (cholesterol, saturated fat). There appears to be a basic disregard for the essential requirements of human nutrition.

One hilarious example (that I’ve pointed out in the past) is that the sodium guidelines are completely incompatible with the potassium guidelines. The guidelines for sodium and potassium intake cannot be met simultaneously. The esteemed experts want you to eat in a way that is literally impossible to accomplish.

Another is the total absence of any mention of choline, despite its official categorization as an essential micronutrient in 1998. We get that it’s found in scary foods like eggs, liver, and meat, but since it appears to be highly protective against the development of fatty liver disease, you’d think it’d get at least a cursory mention. But nope.

They also ignore the meager results of trials of the recommended low-fat diet in children. Kids don’t have much control over what they eat. They eat what the parents eat. And when kids eat the low-fat diet promoted by the guidelines, their intake of several vital nutrients – magnesium, calcium, zinc, vitamin E, phosphorus, vitamin B-12, niacin, and riboflavin – suffers. That could have disastrous effects on the lifelong health and development of these children. Heck, it probably already has.

They represent a narrow approach to food and nutrition inconsistent with the nation’s diverse cultures, ethnicities, and socioeconomic classes.

We’re a nation of many cultures, ethnicities, and classes. Different genetic background, family histories, and access to foods changes our response to the guidelines. A wealthy family with one breadwinner and all the time in the world to cook at home might get away with a low-fat, Guideline-compliant diet. They’re shopping at Whole Foods, cooking with extra virgin olive oil, baking real sourdough at home (or buying it for $10 a loaf from the eccentric baker at the farmer’s market), eating wild salmon, and having the occasional meal of grass-fed beef. Not ideal, but not terrible, right? If you’re a single parent juggling a couple jobs and barely skating by, your low-fat, Guideline-compliant diet consists of white bread, jugs of corn oil, fish sticks, and vegetarian burritos from Taco Bell.

Ethnicity matters, too. One example is that black Americans gain far more weight on the Guideline-compliant diet than white Americans, who already gain a fair amount themselves.

Also, avoiding saturated fat, cholesterol, and animal products in general eliminates the inclusion of certain traditional and healthy aspects of ethnic cuisines. Mexican cuisine’s lard and chorizo and eggs? No dice. Indian Americans’ ghee? Absolutely not. Pretty much the entirety of soul food is off limits, and good luck sneaking traditional Jewish liver paté through your restricted Guideline-compliant diet. The worst part is that these Guidelines are having an effect. I can’t recall how many times I’ve gone to an Indian restaurant or taqueria, asked if they cook with “real ghee/lard” and got horrified looks from the managers. Either that or they say “Oh, no! Of course not! 100% cholesterol free vegetable oil is all we use!” under the assumption that I’m trying to avoid, not seek, restaurants that cook in ghee or lard.

They are based on weak and inconclusive scientific data.

If the guidelines were based on solid evidence, and people just weren’t doing it right, that would be one thing. But the evidence used to support the guidelines isn’t settled; it’s error-riddled and ignores counter evidence.

They claim that saturated fat raises the risk of heart disease, even though the most recent meta-analyses find no relationship between the two. Some studies even find inverse relationships between saturated fat consumption and progression of atherosclerosis.

They claim that PUFA oils reduce the risk of heart disease and should be the primary source of fat in the diet, even though an updated meta-analysis incorporating recovered data from past “pro-PUFA” trials concluded that “substituting dietary linoleic acid in place of saturated fats increased the rates of death from all causes, coronary heart disease, and cardiovascular disease.”

They claim that high-carb diets reduce the risk of chronic disease, ignoring research attributing beneficial changes of disease blood markers to low-carb diets and the admission of a former Guideline Committee chair that “evidence has begun to accumulate suggesting that a lower intake of carbohydrate may be better for cardiovascular health.”

They claim a low-sodium diet reduces the risk of chronic disease, even though a recent report from the Institute of Medicine found insufficient evidence to support the sodium guidelines for African-Americans of any age and adults over 50.

And they have expanded their purpose to issues outside their original mandate.

Originally, the Guidelines were simple recommendations about what to eat for good health. Wrongheaded, but mostly harmless. Today, they inform federal regulations, school lunches, agricultural policy, and budget allocations. They dictate nutritional research. And yet there’s no accountability. No one is tracking the rates of obesity and chronic disease to determine whether the Guidelines are actually working (they’re not, clearly).

The Heathy Nation Coalition offers a series of solutions that look pretty solid to me. They want guidelines that are based on sound science, work for all Americans (not just the wealthy), include traditional foods (even if they contain scary nutrients like saturated fat and cholesterol), allow for research into special populations and health conditions, focus on health (not just bodyweight), and make sense of seemingly contradictory dietary advice.

Even if this letter doesn’t reach the Committee, let alone change the content of its recommendations, it’s still going to change how thousands of people think about their own diets. Anyone who reads it will think twice about assuming the official recommendations are sound and ironclad.

So, today, go ahead and put your name on that list if you agree with the letter and its criticisms and suggestions. Send it along with the other tens of thousands of food eaters out there who want to continue to eat the way they like and the evidence – the actual evidence – suggests is sound. Post it to your Facebook timeline. Put it up on your health food store’s bulletin board. This isn’t about setting out to change the world. That will only end in disappointment. Instead, provide the tools for change to the people close to you. If everyone can help one, two, or more people discover that the official dietary guidelines are based on poor science and that better ways exist, widespread change will happen organically.

I think sharing this letter might be a nice, simple, concise way of doing that.

What about you, folks? What do you think about the letter? Let’s get this thing moving!

What I’ve Learned from Eating Abroad