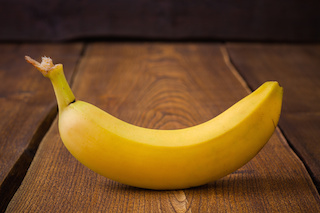 For today’s edition of Dear Mark, I’ve got three questions from readers. First is an interesting one from Brandon, who’s concerned about the nighttime consumption of carbohydrates spiking insulin enough to interfere with the growth hormone release that occurs during slow wave sleep. Should we be worried? Next, what’s the deal with bananas? A reader wonders whether his three-years-strong morning banana habit is introducing too much sugar into his system. I answer and explore the health effects of banana consumption in general. And finally, what are we to make of the recent death of a Melbourne toddler who drank bad raw milk?

All the evidence for nighttime carbs that you and Asprey present seems perfect except….. INSULIN

Doesn’t eating a decent amount of carbs in the afternoon/before bed cause a rise in insulin, which decreases anabolic hormones (that you want in the first bit of sleep). Also won’t the glucose give you energy (thus preventing sleep and melatonin production)?

Thanks a lot man! Any short, quick answer will do 🙂

Great question. Yes, the presence of insulin blunts — but doesn’t abolish — growth hormone release. Since carbs increase insulin, it seems like eating them at night before you go to sleep could disrupt the much-beloved growth hormone spike that occurs shortly after falling asleep. Is this a problem?

In healthy people, your standard carb-induced insulin spike will return to baseline two or three hours after eating the carbs. So if you time things right, you can eat some carbs and get to sleep without impacting the growth hormone spike that occurs during the first three hours of sleep. Try avoiding a baked potato or sweet potato fries right before you go to sleep. Instead, eat them 2-3 hours before bedtime to give your insulin levels enough time to subside.

If you’re insulin resistant, of course, your body will probably produce more for the same amount of carbs and the insulin spike from eating carbs will last longer. One way to circumvent this: exercise. Exercise increases insulin sensitivity and, if it’s intense enough, can even activate something called non-insulin dependent glucose uptake, which is a method for increased glucose uptake by the muscles without using insulin at all. According to some researchers, “the effect of exercise is similar to the action of insulin on glucose uptake.” In fact, a bit of physical activity at night is helpful for anyone, even if it’s just some light movement, a brisk 30 minute walk, or a roll in the hay with your partner/spouse/etc.

And at any rate, human growth hormone secretion patterns are pretty robust. When we “miss” a planned surge in the hormone because we skip sleep or we’ve exercised heavily, the body makes up for it later with an “off-schedule” growth hormone surge.

As for the effect of glucose on sleep, you’re probably safe. A 2009 study found that high-glycemic (fast-digesting) carbs eaten four hours before bedtime helped subjects fall asleep faster than those who ate low-glycemic (slow-digesting) carbs. Quality of sleep was identical across both groups, suggesting that slow wave sleep — during which growth hormone is released — was unaffected by carb intake. Of course, four hours is enough time for the insulin spike to die down, so that could also be explaining the lack of an effect.

How about melatonin production? High-glycemic carbs increase the amount of circulating tryptophan relative to other amino acids, and that increases brain serotonin levels. Since brain serotonin is the precursor to melatonin, we can expect that a moderate dose of carbs at night — maybe some potato or a banana (see next question) — should in turn boost melatonin and make you sleepy. And that’s exactly what happens, according to the study above.

I have been drinking a couple of glasses of water and eating about half of a banana right after I get up in the morning for about 2-3 years. I drink water before I even clean my tongue and eat banana after.

Recently, reading your blog and finding out about all the bad sugar can do, I have gotten suspicious if eating half of a banana first thing in the morning is too much sugar for empty stomach.

Bananas contain sugar, but they aren’t just sugar. Sugar isn’t all that defines them.

Just so you don’t take my word for it, let’s examine some of the research into the health effects of bananas:

Your half banana habit is fine, Munish, especially if you’ve been doing it for years without an issue. Keep doing what works! You could switch things up every now and then and eat a greenish banana instead of the riper ones. Less of the starch in a green banana will be digestible, lowering the blood glucose response, giving you a bigger dose of resistant starch to feed your gut bacteria, and improving your digestive and probably overall health. Resistant starch starts converting to sugar as the banana ripens.

But you should really watch out for that water. It’s deadly stuff. Did you know it inhibits breathing?

Hey Mark, just seen this on the Daily Mail about a child dying from drinking raw milk? What are your thoughts?

When raw milk can be sold for human consumption, producers no longer have to operate in the shadows. They must keep up with safety inspections, quality control assurances, and regular testing. As it stands, raw milk legally sold for human consumption is still fairly safe in general. But nothing is completely safe. And yes, when raw milk is bad, you have the potential to get a really bad batch of raw milk.

This is an argument for legalization as much as it’s an argument against off-label consumption of bath milk, if anything. Without full legal acceptance, these admittedly rare occurrences will keep happening because the demand for an otherwise nourishing food like raw milk is only increasing.

Thanks for reading, everyone. Be sure to give you input/feedback below. Have a great rest of the week!