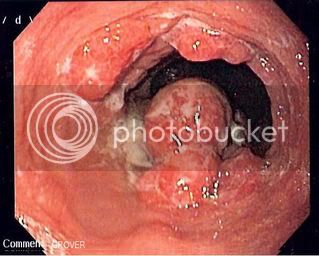 A study slated for release in an upcoming edition of The American Journal of Gastroenterology suggests that rising esophageal cancer (adenocarcinoma) rates in the U.S. may be due to recent dietary trends that emphasize heavy carbohydrate consumption.

Although the cause of esophageal cancer has yet to be determined, previous studies have suggested that obesity is a risk factor for several types of cancer, including those affecting the thyroid, kidney, uterus colon, gall bladder and esophagus. However, this study is one of the first to suggest that carbohydrates, besides being a “common contributor to obesity,” may themselves correlate with esophageal cancer rates.

Using linear regression models, researchers from Case Western Reserve University and University Hospitals of Cleveland determined that the recent uptick in esophageal cancer cases – which swelled from 300,000 cases in 1973 to 2.1 million cases in 2001 – correlated with “trends of increased carbohydrate intake and obesity” across the same time period. In one such model, the researchers determined that the trend was particularly significant among those who consumed a high percentage of calories from corn syrup (which, for the purpose of this study, represented refined carbohydrates) as well as among those who were obese.

Based on these findings, the researchers conclude that “high carbohydrate intake and obesity can account for at least some of the rise in esophageal adenocarcinoma,” but caution that further study is needed to confirm these trends.

Acknowledging that the current five-year rate of survival for esophageal cancer remains below 20 percent, the study’s lead author suggests that “if we can reverse the trends in refined carbohydrate intake and obesity in the U.S., we may be able to reduce the incidence of esophageal cancer.”

And there you have it, yet another (sound) study explaining the damaging effect of carbohydrates on the human body. But what do you suppose will be the fall out? Will this finally be the news America needs to change its diet or will it just be another evening news item that causes a stir but is all but forgotten come the morning? We don’t know about you, but we’re hedging our bets on the latter!

But how should this news impact you? Consider it a teaching point, a feather in the hat if you will, for advocating the Primal Health lifestyle to coworkers, colleagues, family and friends who can’t possibly understand why you can – and easily nonetheless – say no to the pizza buffer or forgo a mid-morning frappuccino run. Or, at the very least, consider it just another reason to keep on keepin’ on!

Dr. Briffa: Why Carbs Can Turn Your Liver into Foie Gras