Can Getting Your DNA Tested Help You Optimize Your Diet and Training? 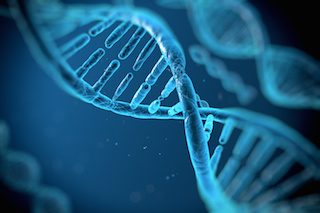 Last month, I received an unexpected email request from a man named Craig Pickering: “Send me your saliva.”

Intrigued, I received the testing kit and sent the sample back. Sure, why not? I’m game.

The results came back quickly, which I’ll summarize:

“You are very unlikely to develop celiac disease.”

“You can recover from training quickly, from a genetic standpoint.”

“You have a higher than average soft tissue injury risk. This doesn’t mean you definitely will get injured, just that you should expect recurrent tendon, ligament, and connective tissue issues.”

“You have a 57-43 endurance:power split. This means that you generally respond better to endurance exercise, but you also respond pretty well to power-based training.”

“You have a high sensitivity to carbs, which means that you tolerate them poorly in regards to body weight control and general health.”

“Your fat tolerance is higher than your carb tolerance.”

“You have an elevated genetic need for omega-3 fats and vitamin D. You have versions of certain inflammation genes that predispose you to higher baseline levels of inflammation, which omega-3s specifically regulate.”

None of these results were surprising. Instead, they confirmed an assortment of intuitive conclusions I had come to over the course of my life.

I love my morning cup of coffee and never experience any sleep issues as a result, even on the rare occasion I have a cup in the afternoon.

I’m Scandinavian, an ethnic group with almost ubiquitous lactose tolerance, so my ability to handle dairy was completely expected. I don’t drink milk at all, but I do loves cheese and butter.

I can get away with some quality bread and butter when out to eat at a good restaurant, or a bite of grain-based dessert. Even though I don’t make it a habit, a bite or two doesn’t wreck me like it would a person with celiac or clinical gluten sensitivity. On the other hand, I’ve learned through trial and error that more than a few bites of bread will cause problems the next day.

Workout recovery was usually a breeze for me. Well, let me rephrase that: I always felt “up” for another training session, even if I probably should have rested.

Tendon issues have always been my nemesis. That finding was interesting to see. I wonder if part of it’s due to my increased ability to recover from and re-engage in exercise letting me get back to training before my connective tissue is ready to go again. The muscles and cardio system recover a lot quicker than tendons, ligaments, and cartilage. As I’m getting older, those issues become even more apparent. In fact, I am currently trying to overcome an Achilles’ issue that has plagued me for months.

My 57% endurance to 43% power makeup was extremely intriguing, because while I was a tried and true endurance guy during my peak competitive years, I’ve become more of a power athlete in recent years, strength training, playing Ultimate, and sprinting more than anything. At first glance, that’s a high power value for an elite marathoner and Ironman triathlete–endeavors that are almost entirely aerobic and require little explosive power. I almost wonder if my genetics were better suited to a focus on sprint triathlons, or the 3,000 meter steeplechase, or even the mile.

Notice that I’m highly sensitive to carbs. If it wasn’t for my extreme athletic background, I’d likely be a “skinny-fat” guy. But just because my lifestyle allows me to eat carbs without gaining fat, I still choose not to eat many. I’m more concerned with the functional considerations about my carb sensitivity. I feel lousy on a high-carb diet and do much better with higher fat.

Being Scandinavian also explains my genetic need for omega-3s and vitamin D. Oily, cold water fish was a huge component of northern latitude coastal diets and often the only reliable source of vitamin D in the area, since anything north of the 60th parallel (Alaska, Canadian Northern Territories, most of Norway, Sweden and Finland, top half of Russia) receives very little “actionable” UVB from the sun.

On the vitamin D, my ancestry delivers a “raised” need score, but what the computer didn’t realize is that I live at much lower latitude than my ancestors. Whereas they satisfied their needs with oily, vitamin D-rich fish (and the occasional raiding party to southerly locales), I have met my raised need very easily since I bailed on my childhood home of Maine for California decades ago. As long as I get my daily dose of sun, I’m good to go.

What’s my overall take on the results and DNAFit in general?

Anyone who’s read my blog (particularly the piece on blood pressure tests) knows how little stock I take in lab tests as a barometer of overall health. Whether it’s BP, cholesterol, testosterone, thyroid or any other of the usual battery of biomarkers, what we get is just a snapshot of one point in time in an often very dynamic range for each vital area. It’s like looking at a poster of Cool Hand Luke and trying to predict what will happen in the movie. 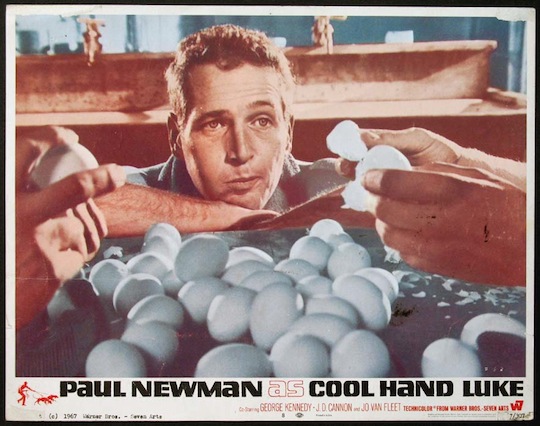 The difference here is that in DNA testing we have a static, immutable recipe that doesn’t change over time, but is profoundly affected by the epigenetic inputs we decide to present. And that’s where the power of getting evaluated by the guys at DNAFit emerges: as a roadmap for potential epigenetic triggers we ultimately control.

I’m “good” at endurance training. I’m “built for” it. But my genetic proclivity didn’t give me a free pass to all the training I wanted without side effects. It didn’t lead to greater health or the promised land of physical perfection and optimal longevity. In fact, it actually set me up for health issues. Endurance training came so naturally to me that I lost myself in it and opened myself up to decades of chronic overtraining, connective tissue issues, poor gut health, and reliance on an unhealthy amount of carbohydrate.

All that said, this was an illuminating, informative experience for me, and I’d urge anyone who’s at all interested in their genetic predisposition for certain diets and training methodologies to give DNAFit a look. These guys are professionals who know what they’re doing and, as long as you understand that the results don’t indicate your destiny and that you can alter the expression of the genes through diet, exercise, and lifestyle, you can benefit from their input.

If you’re interested in learning more, check out the latest Primal Blueprint Podcast in which host Brad Kearns sits down to talk with one of the fastest guys in the world, Olympic athlete Andrew Steele of DNAFit.

BONUS: Some of you have asked for a discount code. DNAFit has offered one to Mark’s Daily Apple readers. Use the code PRIMALBLUEPRINT when ordering the Fitness Diet Pro Kit and receive 30% off, bringing the price from $399 to $279. Expires at the end of March, 2015.