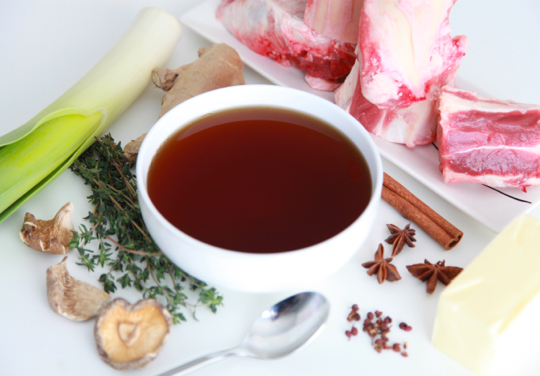 Bone broth has been getting so much buzz, it doesn’t need a lengthy introduction. By now, you probably know that sipping a warm mug of broth is not only soothing, but also a nourishing source of gelatin. So, you keep a supply of bone broth in your refrigerator or freezer*. And you’re sipping mugs of it, and it’s soothing, and nourishing, and all that—but it’s also getting a little boring. Not because you don’t like bone broth. It’s just that you’re craving a little more flavor, a little more pizazz, a little something different than a basic mug of broth. Perhaps broth with the rich flavor of porcini mushrooms? Or the spicy kick of Sichuan peppercorns? How about of mug of broth laced with the exotic flavor of cinnamon, ginger and star anise, or the comforting flavor of butter and leeks?

Luckily, after you’ve already gone through the lengthy process of making homemade broth, changing the flavor is easy to do. (If you prefer to buy prepared grass-fed bone broth, you can still customize the taste with the ideas below.) Each of the recipes below require 1 hour and just a few ingredients to transform a basic pot of beef bone broth into a whole new flavor experience.

*Wait, you don’t have a batch of homemade bone broth in your freezer? No problem. There’s a basic bone broth recipe at the end of this post.

Time in the Kitchen: 1 hour 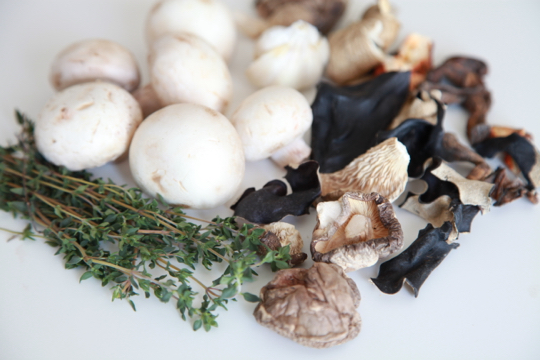 Heat olive oil over medium heat. Add the fresh mushrooms and garlic and cook until the mushrooms are soft, 5 minutes.

In a pot, combine the bone broth with cooked mushrooms and garlic, dried mushrooms and thyme. Bring to a boil then turn down heat and simmer 1 hour. Strain the stock and discard the solids.

If desired, stir a little crème fraiche into the warm broth before drinking. 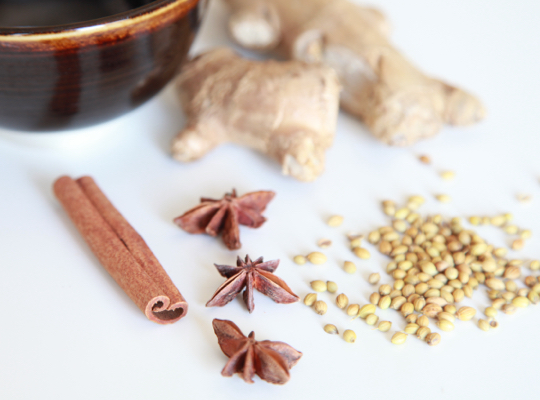 In a pot combine the broth, ginger, cinnamon stick, star anise, cloves and coriander seeds. Bring to a boil then turn down heat and simmer 1 hour.

Strain the stock and discard the solids.

If desired, add 1 tablespoon (15 ml) each of fish sauce and coconut aminos to the pot of broth before serving. 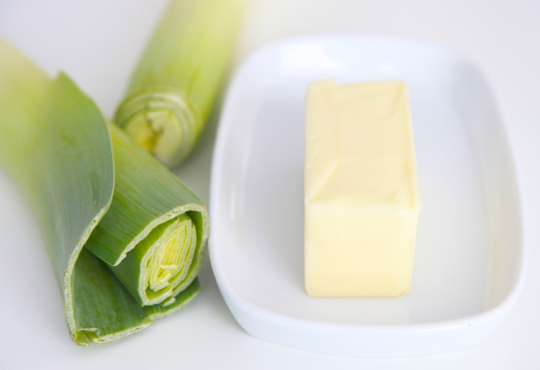 Roughly chop the leeks. Because the leeks will be strained out of the stock, use the tough dark green part as well.

Add the leeks to the stock. Bring to a boil then turn down heat and simmer 1 hour. Strain the stock and discard the leeks.

Right before drinking, add a tablespoon or so of butter to each serving of broth, letting the butter melt into the warm broth. 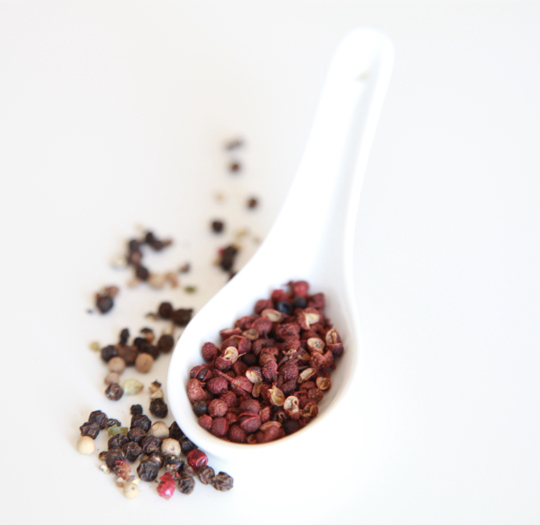 Add Sichuan peppercorns and black peppercorns to the stock. Bring to a boil then turn down heat and simmer 1 hour. Strain the stock before drinking.

Optional: Browning the bones before simmering gives the broth a deeper, richer flavor, but it’s optional. Preheat oven to 375 °F/190 °C. Spread the bones out on a large roasting pan. Roast 30 to 40 minutes, until nicely browned.

Put the roasted (or unroasted) bones in a large stockpot or 6 to 8-quart slow cooker. Add carrots, celery, onion, garlic, bay leaves. Add enough water to cover the bones by an inch or two.

In a stockpot, simmer on very low heat, with a lid, for at least 10 to 12 hours, or up to 24 hours to extract the most nutrients and flavor, occasionally skimming foam and fat from surface.

In a slow cooker, cook on low for at least 8 hours and up to 24 hours.

The broth is done when it has a rich, savory flavor and deep reddish-brown color.

Pour broth through a strainer to remove all solid ingredients. Cool the broth quickly by pouring it into a shallow and wide container. When the broth has cooled, then cover and refrigerate. Use the refrigerated stock within several days, or freeze for several months.