At 87 Years Old, for the First Time in My Life I Feel Beautiful, Both Inside and Out

Note from Mark: Faye’s story was published more than 2 1/2 years ago, and so many of you in the Primal community were inspired by her change. She’s offered an update for us, and you’ll find it at the end of this post. I think it’s worth keeping her story as one amazing narrative—compelling proof that it’s never too late to take back your health! Thank you, Faye, and best wishes for your continuing health.

After reading last week’s success story post and all the comments from people who wanted to hear from someone my age, I thought I could be that inspiration telling my primal story. I am 87 years young and found the primal lifestyle about three and a half years ago. I went from 220 pounds to 130 pounds. Here’s my story.

I was raised on a cotton farm in California’s Central Valley. I was the youngest of eleven children. We all worked on the farm and during the Depression we ate what we raised. But even as a young teenager, when I asked my teacher if she thought I was fat she replied, “You are pleasingly plump.”

At seventeen I left home and moved to Santa Cruz to work at the Boardwalk, living on hot dogs and hamburgers. Four years later I met my husband of 64 years.

We had four children, two daughters right away and a son and daughter seven years later. Trying to make ends meet, we ate a lot of beans, oats and rice. My husband and I worked in the restaurant business, he as a chef and myself as a waitress. Needless to say, we both worked long hours and meals for us was whatever was quick to put on the table for the family.

When our two youngest became teenagers, I decided to be a stay at home mother. With this there began to be loneliness and boredom and food often filled the void. I never had a drivers license and my husband worked ten to twelve hours a day. I would eat when I was bored, lonely, mad or happy. And so, my emotional eating began increasing with the empty nest.

Oh, I would try to lose weight through the years; Atkins, Weight Watchers, Weigh Down, but they never worked.

In 1990, at the age of 63, I learned I was diabetic. How confused and scared I was to learn this. But even with this news and doing my best with SAD meals for diabetics, I could never lose the weight. Along with diabetes and still no weight control, of course, came the onset of heart disease. I suffered a heart attack in 1999 and stepped up my efforts with different fad diets, but was never able to keep the weight off.

My grandson became the editor of this blog (which I didn’t know what that was) and soon his parents were following this new lifestyle. They kept telling me how the Primal way wasn’t a diet but a simple way of life. They gave me a copy of The Primal Blueprint and as I began reading it something just clicked. I no longer wanted to be overweight. Each week I saw a difference as the weight came off with ease. I never felt like I was deprived and found I wasn’t hungry all the time. After a year of being Primal, I moved to be closer to my daughter. My new doctor checked my blood work and took me off of several medications, including insulin. I have been able to manage my diabetes through eating Primally and exercising three times a week.

At 87 years old, for the first time in my life I feel beautiful, both inside and out. People look at me and tell me I’m so tiny. I still can’t get over that. I tell my Primal story to anyone I meet. Being overweight all those years has taken its toll on my heart, but I have never felt better. My advice to those thinking about the Primal way of living; do it. It is simple and it works! I eat better than I ever have and feel better than I ever have. Look at me!

Since the publication of my story in August 2014 I’ve continued on my primal path. In April of 2015 my cardiologist told me I was in need of a heart valve transplant. At 88 years old I didn’t feel the need to proceed with this procedure. I had lived a full life and, because I suffered a stroke after the heart catheter, I wasn’t sure if I would make it through the operation.

With my decision my cardiologist put me into hospice care. They took me off medications pertaining to my heart as well as blood thinners. The medications hospice put me on were to make me comfortable in my last days. Here is a picture of me on what I thought was my last Mother’s Day. 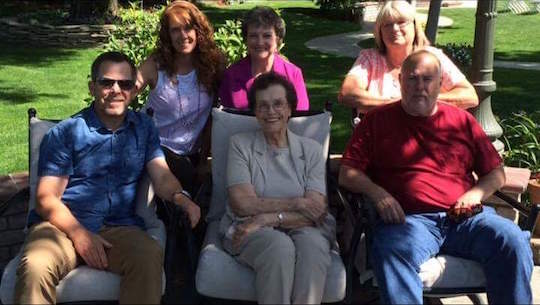 That was two years ago. Although I have had decline in my health, I attribute my longevity to my healthy primal living. I am now 90 years old and doctors don’t feel I have much longer to live. That’s ok. I’ll keep living primally. They know more than me, right? 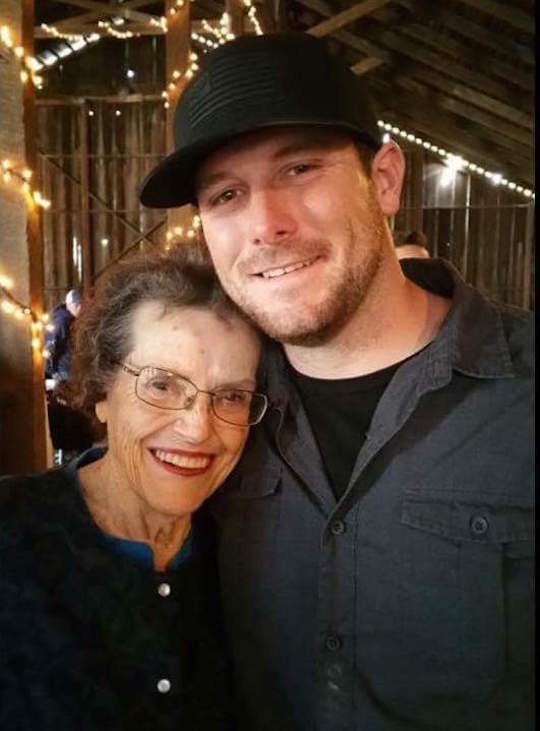