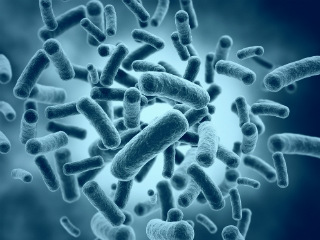 For today’s edition of Dear Mark, I’m answering three questions from a single reader who just read an article from Vice. The article makes pretty bold assertions about topics that have already received a good deal of attention here on the blog. First, are probiotics actually useless? A new study cited in the article seems to suggest so. Next, is your gluten-free diet killing you? That’s what the author of the Vice article says. And finally, have GMO foods been conclusively proven to be safe and indistinguishable from non-GMO foods? Is the debate, more or less, conclusively over?

What are we to make of this article on Vice? It’s claiming that probiotics don’t do anything, gluten-free diets are potentially dangerous for people without celiac, and GMO foods have no downsides. Is it true?

The studies the article bases its arguments on are real, but the results aren’t as definitive or far-reaching as the Vice writer implies. Let’s take a look at each in turn.

That’s what the Vice writer said.

The paper was rather narrow, actually. Its goal was to assess the effect of probiotic supplementation on fecal microbiota composition in healthy subjects. That’s it. In the authors’ own words, “RCTs of solely probiotic supplementation and placebo in healthy adults that examined alteration in composition of overall fecal microbiota structure assessed by shotgun metagenomic sequencing, 16S ribosomal RNA sequencing, or phylogenetic microarray methods were included.” They ended up with 7 eligible trials.

It wasn’t assessing the health effects of probiotics. It assessed whether or not healthy people taking probiotics can expect alterations to the bacteria living in their guts.

Probiotics do lots of other things, not always by altering the composition of the resident gut bacteria.

This study wasn’t about those other things, though. It was about healthy adults without any health conditions, particularly ones that probiotics have been shown to help. All the other hundreds of probiotics trials are useless or flawed. It just means that they didn’t satisfy their specific and narrow requirements for consideration.

If you’re healthy, with no digestive complaints, no immune problems, then probiotics won’t change your gut composition. That’s all this study says.

This actually makes me feel good about using and selling probiotics. It suggests to me that in healthy folks, probiotics don’t try to fix what isn’t broken. They don’t “assert” themselves on an otherwise intact and healthy gut. But in unhealthy people with conditions probiotics can help, they do alter the gut in a positive way. Probiotics are “smart.” As living things, perhaps they can fix what needs fixing and ignore what doesn’t.

The next claim was “gluten-free diets are dangerous.”

The Vice writer oversteps yet again. The actual paper in the Journal of Pediatrics was fairer and more balanced, suggesting that gluten-free diets as commonly practiced increased the risk of nutrient deficiencies. I agree with this.

For many people, wheat is the “best” source of many nutrients because it’s a huge part of their diet. Then they go gluten-free and remove wheat from their diet only to replace it with more nutrient-poor grains. They’re not eating any healthier; they’re actually just swapping out wheat for other refined grains. Gluten-free foods typically use nutrient-poor starches and flours. Whereas whole wheat is perfect for making baked goods by itself, gluten-free bakers must cobble together tons of isolated, refined flours, gums, and starches to approximate the original product. This removes gluten, sure, but it also removes a lot of nutrients. Whole wheat bread is more nutritious than rice flour bread. Wheat pancakes contain more micronutrients than tapioca starch pancakes. The former examples are whole foods. The latter examples are isolated, nutrient-poor starches.

What if you went “gluten-free” by replacing your grains with meat, vegetables, fruits, and tubers? I swear there’s a name for that…

I’ve never taken a hard-line stance against GMO foods. I’m not particularly concerned with the act of gene insertion so much as what’s being inserted and what those insertions allow us to do. Many of you have given me a lot of flack for that nuanced position.

However, a 2012 study found that GMOs have led to a net increase in pesticide usage (herbicides and insecticides combined), primarily thanks to Roundup-Ready crops. A more recent paper found that insecticide use went down but herbicide use went up, again thanks to Roundup-ready crops incentivizing and encouraging Roundup use. More Roundup (an herbicide) is being applied than ever.

Is Roundup safe? Pro-industry skeptics always point to the relative safety of glyphosate, the active ingredient in Roundup. But surfactants, adjuvants, and other “inactive” ingredients make Roundup 25 times more toxic than plain old glyphosate. I’m not comfortable with it, personally.

So, to sum up, the Vice article doesn’t give the whole story. It’s a quick summary that probably took under an hour to write, but it’s very misleading.

What do you think, folks?